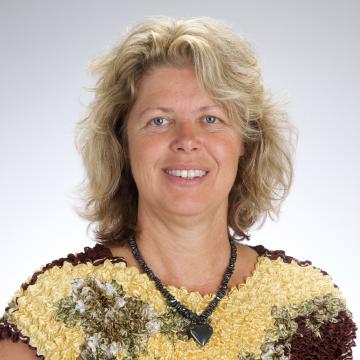 Dr. Corina van de Pol received her doctorate in optometry from UC Berkeley School of Optometry in 1990 and completed her PhD at UC Berkeley in Vision Sciences in 1999. She retired from the United States Army as a Lieutenant Colonel in the Medical Service Corps in 2006. She received a number of high awards within the military, including the Army’s Order of Military Medical Merit and Army Aviation’s Order of Saint Michael.

She is currently a professor at the Southern California College of Optometry at Marshall B. Ketchum University and is balancing her life between teaching geometric and physical optics, medical ethics and ocular anatomy and physiology. Dr. van de Pol also consults for medical device companies working on clinical research and medical devices in ophthalmology. Her professional interests focus on the optics of refractive surgery, presbyopia and visual performance and the development of questionnaires for patient-reported outcomes.

Dr. van de Pol is an advocate for humanitarian service in optometry and serves as the faculty advisor for the MBKU campus Lions Club, the SVOSH Club and the Spanish Optometric Society Club. She has led students on numerous local and international screenings to serve the needy. In addition, she serves as President of Lions in Sight of California and Nevada.