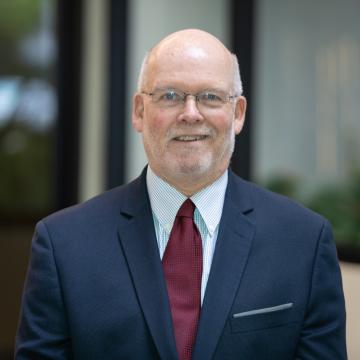 Dr. Tim Edrington is a Professor at the Southern California College of Optometry (SCCO) at Marshall B. Ketchum University (MBKU). Dr. Edrington received his Bachelors in Science and Doctor of Optometry degrees from Indiana University. He also earned a Masters of Science degree in higher education from California State University, Fullerton. Upon graduation from optometry college, Dr. Edrington served as an officer in the US Army and was stationed at Walter Reed Hospital in Washington, DC. He was in private optometric practice in Illinois, Texas and California. A faculty member at SCCO since 1978, Dr. Edrington served for 18 years as the Chief of SCCO’s Cornea and Contact Lens Service. He was the founding, and current, Coordinator of the Cornea and Contact Lens Residency program at SCCO.

Dr. Edrington is a member of the American Optometric Association (AOA) and a Fellow of the American Academy of Optometry (AAO). As a Diplomate in the AAO’s Cornea, Contact Lenses, and Refractive Technologies Section, he served as Section Chair from 2012 to 2014. Dr. Edrington has been a listed author on more than 50 published manuscripts in peer-reviewed journals, over 70 published articles, over 120 published research abstracts, and 10 book chapters in the area of cornea and contact lenses.

Dr. Edrington served on the Executive Committee of the National Eye Institute-funded, multi-center Collaborative Longitudinal Evaluation of Keratoconus (CLEK) Study. He also served as a consultant to the Ophthalmic Devices’ Panel of the Center for Devices and Radiological Health of the United States Food and Drug Administration (FDA).