2017 Optometrist of the Year, Paul Barney, OD, ’84: Changing the Future of Optometry 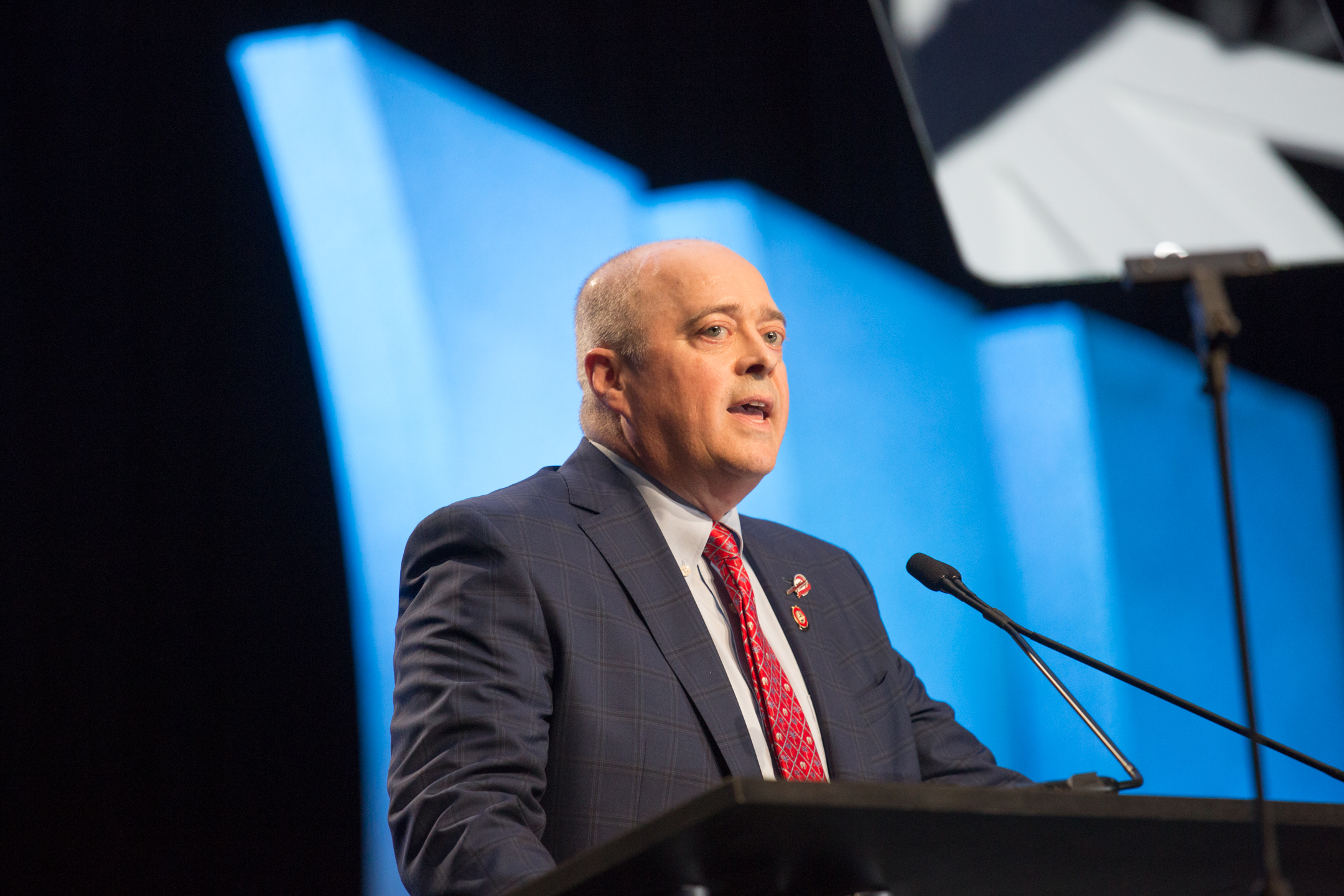 As a graduate from the Southern California College of Optometry at Marshall B. Ketchum University, Dr. Paul Barney joined the Pacific Cataract and Laser Institute (PCLI) and moved to Anchorage, Alaska, in 1999 to head the surgical co-management center. He thought it would be a temporary relocation. However, almost 20 years later, this move dramatically shaped his career, strengthening his fortitude and his determination to change legislation affecting the next generation of optometrists.

On July 26, 2017, Alaska’s Governor Bill Walker signed HB 103 into law. “This legislation, in my opinion, is a milestone for optometry because it is the first law in the United States that gives the Board of Optometry the authority to write regulations for whatever is taught at an accredited school or college of optometry,” Dr. Barney said.

According to Dr. Barney, HB 103 allows the Alaska Board of Examiners of Optometry the autonomy and flexibility to write regulations that coincide with the current technology and education available to students graduating with optometry degrees. “Today, an education in optometry and related training, coursework and technology has moved leaps and bounds further than we could have anticipated decades ago,” he said. “We need to have the ability for the profession and practice to keep up with the times.”

Currently, each state has its own unique statute of what an optometrist can do within the practice and those parameters can vary greatly from state to state. The goal of this legislation is to give the Board of Examiners of Optometrists in Alaska the ability to set the parameters for those in the field – and hopefully serve as a template for other states to follow.

Dr. Barney and his colleagues have exhibited tremendous tenacity and grit working tirelessly for the last three years to get this bill in front of the governor to sign into law. In the winter, Dr. Barney traveled to the state capitol six times to testify to the Legislature and work on moving the bill through the proper channels. “It’s a huge undertaking to create a new law,” he said. “The amount of review, cost, time and oversight is astounding … and I’m so proud that we were able to weather all these challenges to push optometry into the 21st century!”

In addition to this legislation, Dr. Barney has testified before the state Legislature numerous times throughout the year, routinely traveling to the state capitol in Juneau, Alaska, located 850 miles from his home. Juneau is such a remote location, it is only accessible by boat or plane; Dr. Barney opts for the plane.

Although Dr. Barney lives far from his alma mater, his impact on the optometry community can be felt throughout the United States and globally as well. As an optometric leader around the world, Dr. Barney travels domestically and internationally to improve optometry education and increase accessibility to quality eye care. It was two former SCCO classmates – Robert McQuaid, OD, ’84, and his wife, Rheda Gerlock, OD, ’84, – who first introduced Dr. Barney to an optometry program at the Ramkhamhaeng University in Bangkok. Each year, Dr. Barney donates several weeks of his time to travel to Bangkok and teach at the university’s optometry program. Some of his courses include “Applied Ocular Therapeutics” and “Diagnosis and Treatment of Anterior Segment Diseases.” In addition to his lectures, Dr. Barney mentors students from the program throughout the year via email.

For his work in advancing his field, both at home and abroad, Dr. Barney was named the 2016 Optometrist of the Year by the Alaska Optometric Association (AKOA) and was recognized with a Legislative Citation by the Alaska State Legislature following the signing of HB 103 into law. Each year an optometrist is selected from most states as a leader in their field. Dr. Barney has been the first recipient of Alaska’s statewide recognition in the last 18 years.

On the heels of the Alaska recognition, Dr. Barney was honored by the American Optometric Association (AOA) with the 2017 Optometrist of the Year Award. The AOA selects the honoree by selecting from the optometrists recognized by their states. Dr. Barney and his family traveled to Washington, D.C., to accept the award at the national conference in June surrounded by 3,000 colleagues and peers. “It was definitely a very humbling experience,” Dr. Barney said.

When he’s not working, guest lecturing, leading committees, mentoring or traveling, Dr. Barney is an avid bike rider and roadside mechanic for local charity rides. In his 32-mile roundtrip commute to work, he said it’s not uncommon to cross paths with a bear or moose ... which only encourages him to ride at a slightly quicker pace. He also has a passion for wilderness photography, especially capturing images of the animals of Alaska.

With all his work and hobbies, it is amazing Dr. Barney has time for anything else on his plate. But it’s his strides to change the laws affecting optometry that will truly mark his legacy as a pioneer in the field. His grit and determination to work with the Legislature to make long-lasting, substantial changes in the field of optometry is admirable.