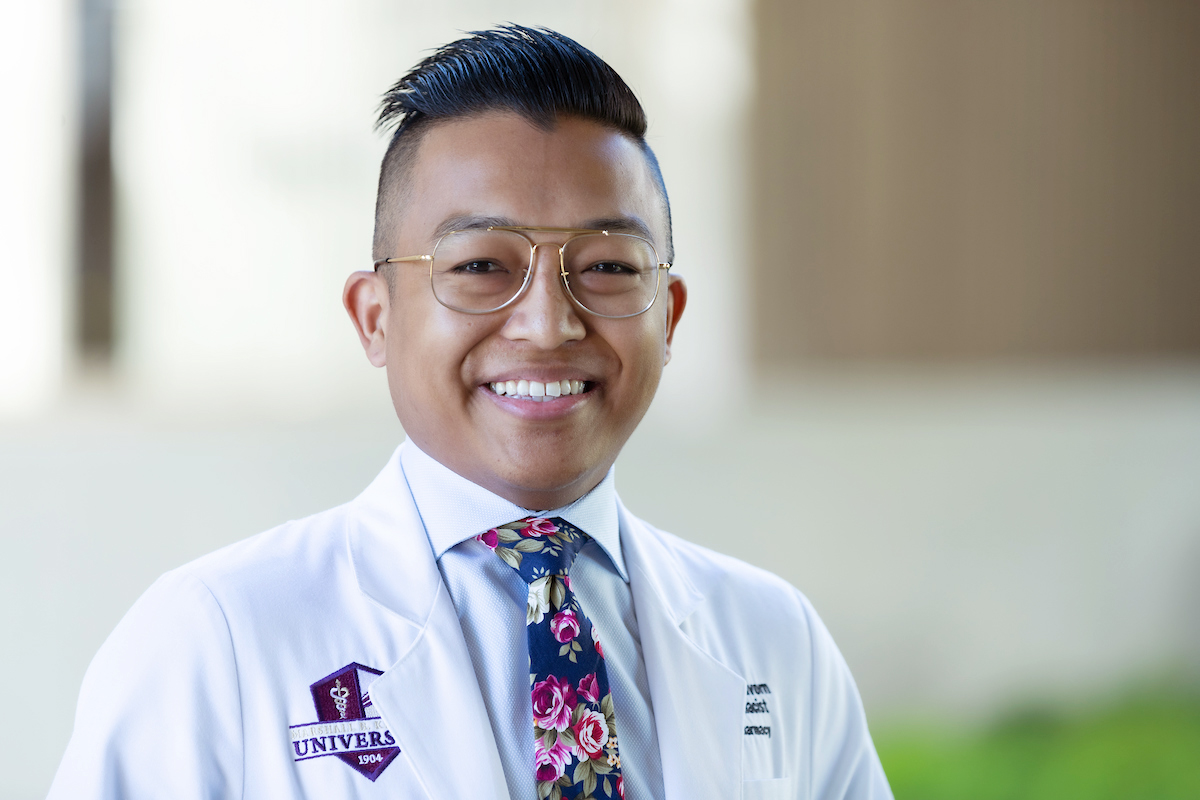 College of Pharmacy at Marshall B. Ketchum University student Andrew Kaewtavorn, ’20, loves the collaborative potential of pharmacy practice and aims to work in a hospital setting after graduation to serve with medical practitioners across disciplines.

He says MBKU laid the groundwork for informed collaborative practice through its emphasis on interprofessionalism and its engaging, passionate faculty members.

“I want to be in the midst of it all in terms of working with other professionals,” Kaewtavorn says of his dream of one day working in a hospital.

Drawn Early to the Medical Field

Kaewtavorn grew up in Chino Hills and studied cell biology as an undergraduate at California State University, Fullerton. He says he always wanted to enter the medical field – his mother and aunt are nurses – but was “woozy” around blood. He has family friends who are pharmacists and was attracted to that field of medicine.

“I remember splitting my knee open as a kid,” he says. “I knew then that I didn’t want to deal with the blood.”

Kaewtavorn says he was an introverted kid. He opened up some in high school, but became much more “talkative and vocal” while working as a pharmacy technician while in college.

“I enjoyed working for others and helping patients reach their goals,” he says of his time as a pharmacy technician. “It was very rewarding to me.”

Kaewtavorn says it has been positive experience attending the newly established pharmacy program at MBKU.

“I feel we (students) have had an impact on program changes,” he says. “Our voices were heard.”

“Dr. Patel turns things into games and makes it more enjoyable,” he says.

Kaewtavorn is an active student at MBKU. He serves on the experiential education committee helping to develop syllabi and grading rubrics for preceptors. He also is an admissions ambassador, helping with student tours and answering prospective students’ questions.

Looking to Stay in Southern California

An only child, Kaewtavorn says he likely will stay in Southern California after he graduates to be near his parents so he can help them if they need it later in life. A self-described foodie, he says he loves to try different restaurants. He loves traveling too. His family is Thai and he often visits Thailand, among other countries.

He is looking forward to graduating, but is shocked at how quickly his time at MBKU has gone.

“It’s crazy looking back at how fast the last three years have gone,” he says.