Clarity of vision: How a visit to the optometrist launched a career 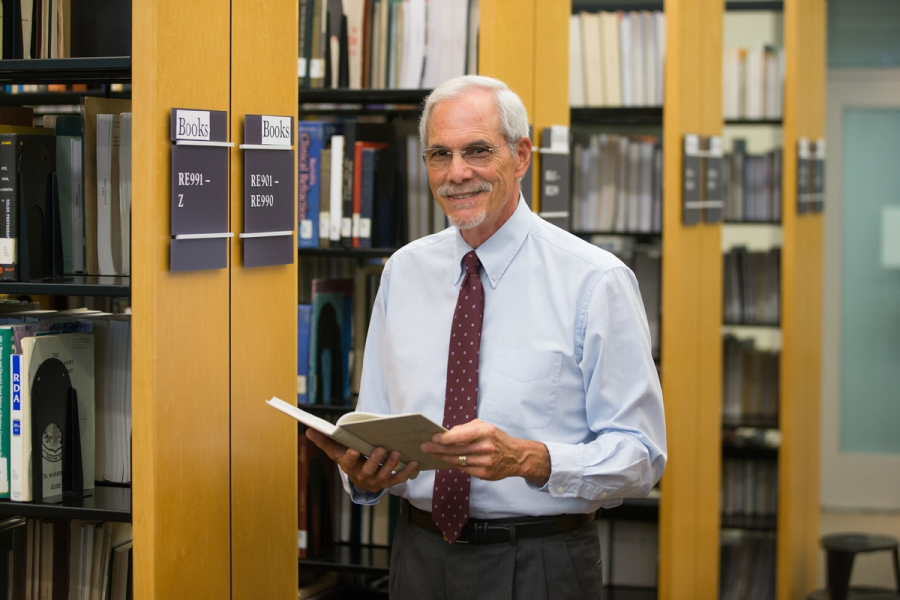 A trip to an optometrist for vision problems in 1968 set Dr. Ken Brookman’s 43-year career in motion when he was just a junior at San Diego State College.

Sitting in the exam chair, he had “an epiphany” and then asked the optometrist questions about his career. “This career seemed to fit me very well — the calming atmosphere, social aspects and interactions with patients,” recalled Dr. Brookman.

Dr. Brookman pursued his original interest in private practice, during which he realized he had a “strong interest” in education. Following a year of private practice in Carson City, Nevada, he entered the graduate program in physiological optics at Indiana University, earning his Master of Science in 1975 and Doctor of Philosophy in 1980. Dr. Brookman also earned his Master of Public Health from UCLA in 1988.

Dr. Brookman first became a full-time faculty member at SCCO in 1975 following one year of graduate study at Indiana University. He then returned to IU in 1977 to complete the PhD.  After returning to SCCO in 1980, he became involved in the area that defined his career: clinical methods and low vision rehabilitation. “Although much has changed in optometry, clinical skills have remained fundamental,” said Dr. Brookman. While Dr. Brookman taught other courses over the years, he continued to teach first- and second-year students the fundamentals of optometric practice. “My graduates always gave me positive feedback and I was always proud of the fact that they were good at what they did. That was the measure of my success,” reflected Dr. Brookman.

Dr. Brookman noted that he will miss the more than 3,500 students he taught over the course of his career. “They are very energizing and they always challenge me,” he said. “There is nothing better than interacting with a student who is having difficulty and then seeing the light come on.” Dr. Brookman shared the personal fulfillment that came with helping students clarify their own careers. “I had some students who struggled and second guessed their decision to pursue optometry. I met with them and counseled them, and then turned them around. I had one student who was struggling and did not think he would make it past the first year — and now he has graduated,” Brookman said.

Dr. Brookman has felt very fortunate to be a part of the transition of the college to a university. “I feel blessed that I was part of something that grew so significantly over the years. It was so unique and fulfilling to see those changes happen,” he said.

A clear vision for retirement

Looking ahead to retirement and spending time with his wife of 45 years, two sons and three grandchildren (with another on the way), Dr. Brookman is grateful for the decisions that led him to a 38-year career at SCCO. “I have no regrets,” he remarked as he reflected on the enjoyment of working with his teachers and mentors. “Some of the people I worked under were distinguished and nationally recognized for their expertise, including University Provost Dr. Morris Berman and Vice President for Student Affairs Dr. Lorraine Voorhees, who are also retiring. So much of my career is attributed to each of these individuals — they were always my role models throughout my career,” he said. “I couldn’t have asked for a more fulfilling career.”