College of Pharmacy at Marshall B. Ketchum University Receives Candidate Status from the Accreditation Council for Pharmacy Education 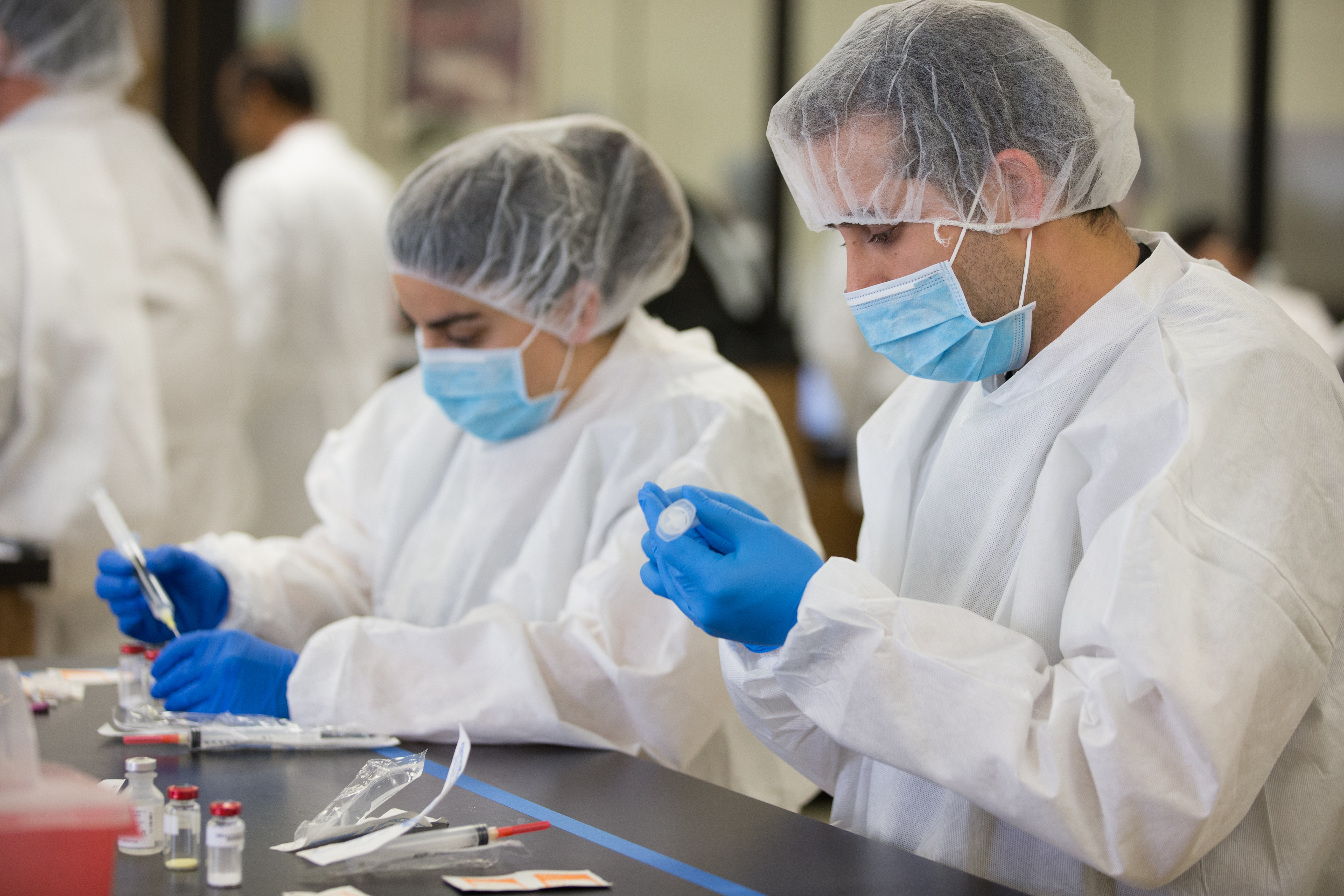 In July of 2018, the College of Pharmacy at MBKU was officially notified by the Accreditation Council for Pharmacy Education of its having been granted Candidate status, the second major step in the process of becoming a fully-accredited college of pharmacy. The news came not long after an April 2018 site visit from an ACPE team that confirmed the excellent progress of College of Pharmacy Dean Edward Fisher, PhD, RPh, his faculty and his administration. It is an indication that MBKU’s College of Pharmacy is proceeding on schedule to full accreditation, and that Marshall B. Ketchum University is one step closer to reinforcing its already eminent standing as a truly interprofessional health education institution in Southern California.

Before being granted Candidate status, the College of Pharmacy operated at the first level of accreditation, known as Precandidate status, allowing the College to open its doors and admit its first class of students, which it did in 2014 and 2016 respectively. The College of Pharmacy is now is fully accredited as is possible at this stage of their development. According to Dean Fisher, “This is very important to us and to students because it allows every student enrolled to graduate from an accredited college of pharmacy.” The final step of full accreditation comes upon the graduation of this class.

The site visit by the APCE in April was a focused site visit, during which the team scrutinized specific areas that a previous visiting team felt should be monitored or enhanced. The Associate Dean of the College of Pharmacy Dr. Javad Tafreshi was in charge of designating different faculty and administrators to assume leadership roles in different areas of the self study, such as student affairs, faculty issues and administration. They submitted documents highlighting progress in 25 distinct standards, which was then ratified by the faculty and submitted to the APCE six weeks prior to their visit. The self study captured a sophisticated snapshot of how the College of Pharmacy is meeting the criteria set forth by the accrediting body, and the granting of Candidate status is proof-positive of the hard work of Dean Fisher’s team.

Dean Fisher is not new to this intricate and sometimes arduous process. After receiving his PhD in Toxicology and Pharmacology from Temple University, Dean Fisher embarked on a 30-year career in academia that often found him building pharmacy programs from the ground up. After teaching for ten years at Southwestern Oklahoma State University, he moved on to Midwestern

University, Glendale in Arizona, where he served as the first Department Chair of Pharmaceutical Sciences and helped build the program from scratch. He then moved on to the University of Hawaii at Hilo, where, as the Associate Dean of Academic Affairs, he once again helped develop a new pharmacy program and lead it successfully through the accreditation process.

Now as he does it once more at MBKU, it is easy for Dean Fisher to explain his affinity for being involved from the very beginning: “When I went to Southwestern as an Assistant Professor, the program had already existed for about 60 years,” he says. “I was there for ten years. But when I started the programs, I had more impact in one year than I did at Southwestern in ten! The programs at Midwestern and University of Hawaii have my fingerprints on every part of them. That’s the selling point of a new program for me and for the faculty I hire. You have a legacy to leave at a new place. You will have an impact, like many of the faculty here are having.”

The “fingerprints” Dean Fisher is leaving on the College of Pharmacy at MBKU are extensive, and they reflect the mission of Ketchum as a caring and innovative interprofessional institution of higher education. “We now have an integrated curriculum, which we didn’t have before I came,” explains Fisher. “The core courses in pharmaceutical sciences are pharmacology (how a drug works, medicinal chemistry (how does the structure of a drug affect its action), and therapeutics (which drug is best suited for an individual patient). They used to be separate courses in separate years. Now they’re integrated. I also have vision to make our College so that we do whatever it takes to provide a competitive advantage for our students upon graduation.” Dean Fisher can name examples of these advantages readily; they include equipping students with all five certifications sponsored by the American Pharmacists Association, offering medical Spanish as a core course, and requiring a series of capstone classes that allow students to be involved in research or scholarly activities.

With respect to said research, one of the recent developments at MBKU crucial to the College of Pharmacy receiving its Candidate status was the construction of the brand new Pharmaceutical Sciences Research Laboratory, which has been completed at the Ketchum Health facility in Anaheim Hills, Calif. Dean Fisher is enthusiastic about the benefits that the state-of-the-art lab will bring to faculty and students alike. “The lab allows our faculty to continue to be productive with their research, acquire publications and grants, and stay current in their fields. It allows them to be research scientists. It’s also a great benefit to our students, who are able to get involved with many areas of bench research that they just wouldn’t have without the lab.”

As the College of Pharmacy at Marshall B. Ketchum University continues its path to full accreditation, it is poised to continue the legacy of success that has defined the long history of the institution. Over the next two years, the Accreditation Council for Pharmacy Education will observe the College of Pharmacy as it completes extensive self-studies, hires additional faculty and staff, and finds innovative ways to ensure and support its students’ success. Dean Fisher will be there at each step of the way, carefully building a program that will add to the lasting tradition of excellence at Marshall B. Ketchum University.