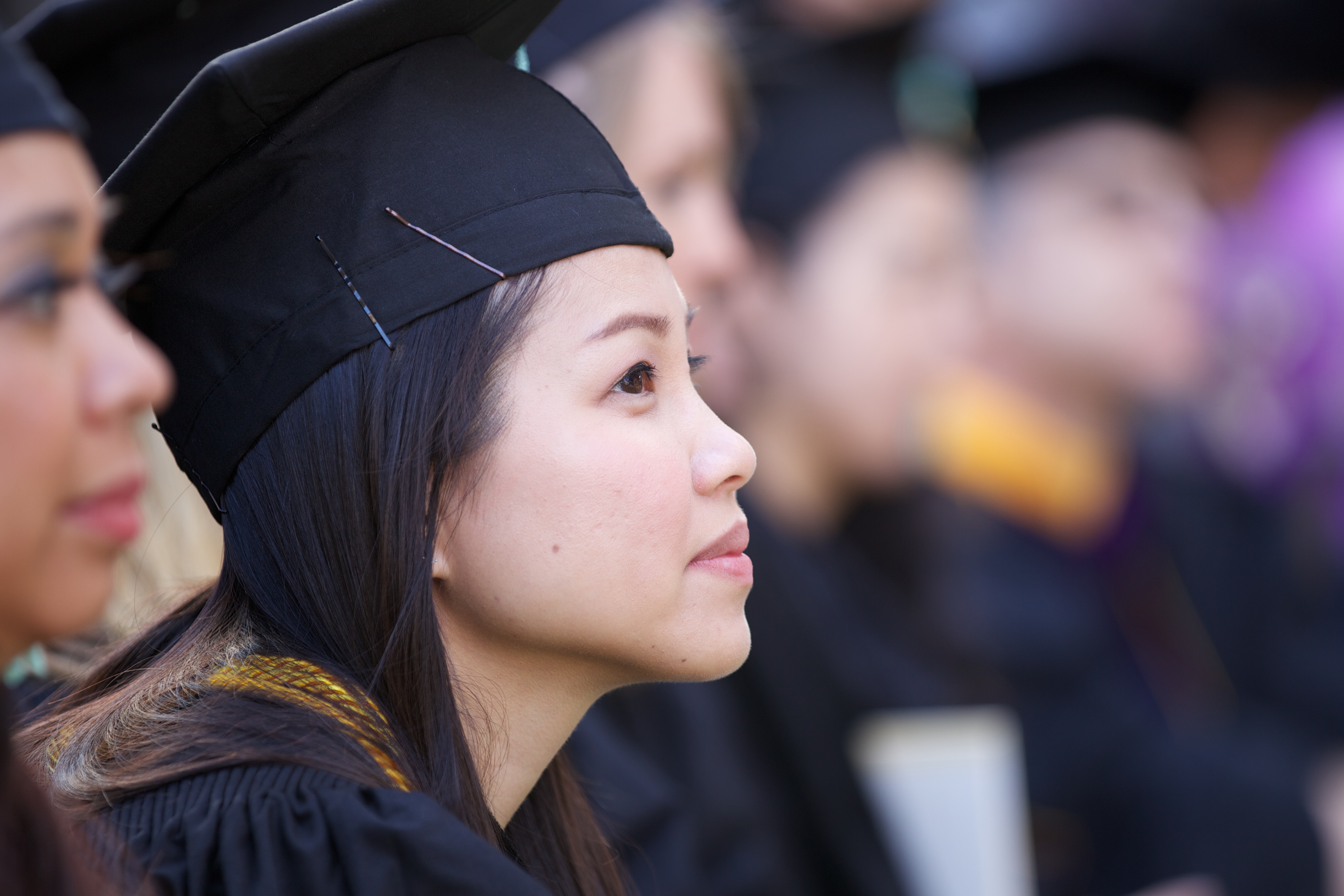 "Covet the independence of your profession, embrace your patients and their needs responsibly, and honor the legacy of your profession by staying informed and staying involved," said President-Elect of the American Optometric Association (AOA), Mitchell T. Munson, O.D., to the members of the Class of 2013 at the Southern California College of Optometry at Marshall B. Ketchum University.  "Treasure the efforts put forth on your behalf by organized optometry, and most importantly, let the unique talents that define each of you, shape your career, your path of involvement, and your future."

Dr. Munson addressed the 99 Doctor of Optometry degree candidates at the one-hundred and ninth

Commencement Exercise of the Southern California College of Optometry held on, Thursday, May 23, in Fullerton, CA.  SCCO's Class of 2013 includes 99 individuals, including 71 women and 28 men, three of whom are second-generation optometrists.

The Class of 2013 Valedictorian, Mallori B. Aschenbrenner, B.A., is a native of Minot, ND, where she earned her undergraduate degree in biology from Minot State University.  As a fourth-year student at SCCO, Dr. Aschenbrenner gained clinical experience at the College's Eye Care Center in Fullerton and Optometric Center of Los Angeles; the Veteran's Administration Southern Nevada Healthcare System in Las Vegas, NV; and Southwestern Eye Center in Casa Grande, AZ.

In June 2012 it was announced that Dr. Aschenbrenner had received the highest score in the country on the National Board of Examiners in Optometry (NBEO) Part I Applied Basic Science Examination.  Overall, 1,811 candidates took the exam.  She has been the recipient of multiple scholarships for academic achievement, participated as an Ambassador for SCCO's Student Affairs Office, and assisted other students as a tutor and teaching assistant.  Dr. Aschenbrenner plans to practice optometry with her sister and SCCO alumnus Lindsay Loock, O.D., Class of 2008, in Highlands Ranch, CO.

SCCO's first Master of Science degree was awarded to Rachelle J. Lin, M.S., O.D., a member of the Class of 2013 who also received the Doctor of Optometry degree at the May 23 event.  Dr. Lin was concurrently enrolled in both programs.

Dr. Munson, who delivered the Commencement Address, "Make the Path Your Own," is a graduate of SCCO's Class of 1986.  During the event he received the Distinguished Service Award for his service and contributions over time that have advanced the stature and integrity of the College.  He is a partner in a private group optometric practice in Highlands Ranch, CO, which includes his wife and classmate, Susan Brunnett, O.D.

The honorary degree, Doctor of Ocular Science was conferred upon, the President of Salus University Thomas L. Lewis, O.D., Ph.D., for his visionary leadership in optometric education.  In 2008, he founded Salus University building upon the legacy of the Pennsylvania College of Optometry (PCO).  Dr. Lewis has held a number of faculty and administrative positions at PCO, contributed to optometric literature, and served as president of multiple national organizations including the American Academy of Optometry, Association of Schools and Colleges of Optometry, National Board of Examiners in Optometry and the Partnership Foundation.

Retired Yucca Valley Optometrist Barton M. Pedersen, O.D., was honored as the 2013 Distinguished Alumnus of the Year during the 5:30 p.m., Commencement Exercise.  The 1963 alumnus has an impressive record of volunteer service to his community, the profession of optometry, and his alma mater.