Danica Quicho, SCCO, ’20: Taking a Circuitous Route to a Profession She Loves 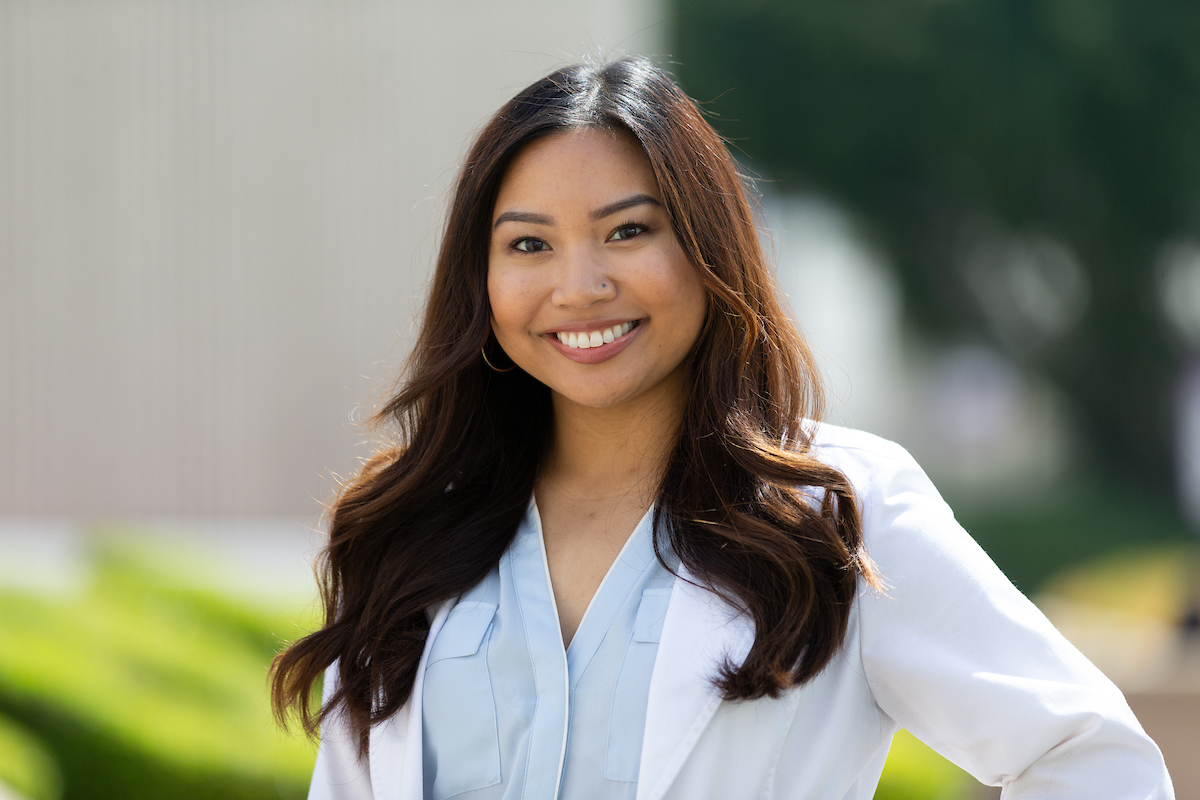 Danica Quicho says she took a circuitous route to her studies at Southern California College of Optometry at Marshall B. Ketchum University, but she wouldn’t have it any other way.

Quicho grew up in Las Vegas and studied at the University of Hawaii for two years before transferring to the University of Washington where she initially studied pre-medicine. She wasn’t sure what kind of medicine she wanted to practice. After taking a job as an optician she became enamored with watching the optometrist work with patients.

“I could see in the way she talked about it and the way she interacted with her patients that she was so happy with her job,” says Quicho.

The impression stuck with Quicho and helped to persuade her to pursue studies in optometry.

Quicho moved to California after graduating from the University of Washington in microbiology. She took a job as a front desk receptionist at the East West Eye Institute, where both optometrists and ophthalmologists worked. Later, she would be promoted to project manager. In the evenings she took extension classes at the University of California at Los Angeles to help her study for her optometry admissions test.

She visited SCCO during a spring admissions open house and “fell in love” with the school.

“I remember walking on campus and doing the tour,” she says. “It felt like this is where I needed to be.”

She says she is a bit older than other students since she spent more time in the workplace, but is glad she did.

“I went in with no false expectations,” she says.

Before entering SCCO, she earned a master’s degree at Western University of Health Sciences in Pomona.

Quicho is the immediate past Trustee for the American Optometry Student Association, or AOSA. As such, she helped to organize events such as the SCCO Student Bowl and attended board meetings with Trustees that represented all the optometry schools around the nation and Canada.

“It’s been such an amazing opportunity for me in terms of leadership and a lesson in time management,” she says.

When she graduates, Quicho may want to pursue a residency in disease or primary care. Eventually, she hopes to work in a hospital setting or a group practice.

She says she is “still so thankful for being at SCCO.” She is especially grateful during clinic when she is able to see “how amazing our faculty and clinicians are in terms of patient care."

She says she has been so fortunate to work with so many mentors, including Dr. Derek Tong, FAAO, FCOVD, FNORA, of the Center for Vision Development Optometry, Inc.

In her free time, she loves to do yoga, walk her American Eskimo dog, and hang out with friends and family.