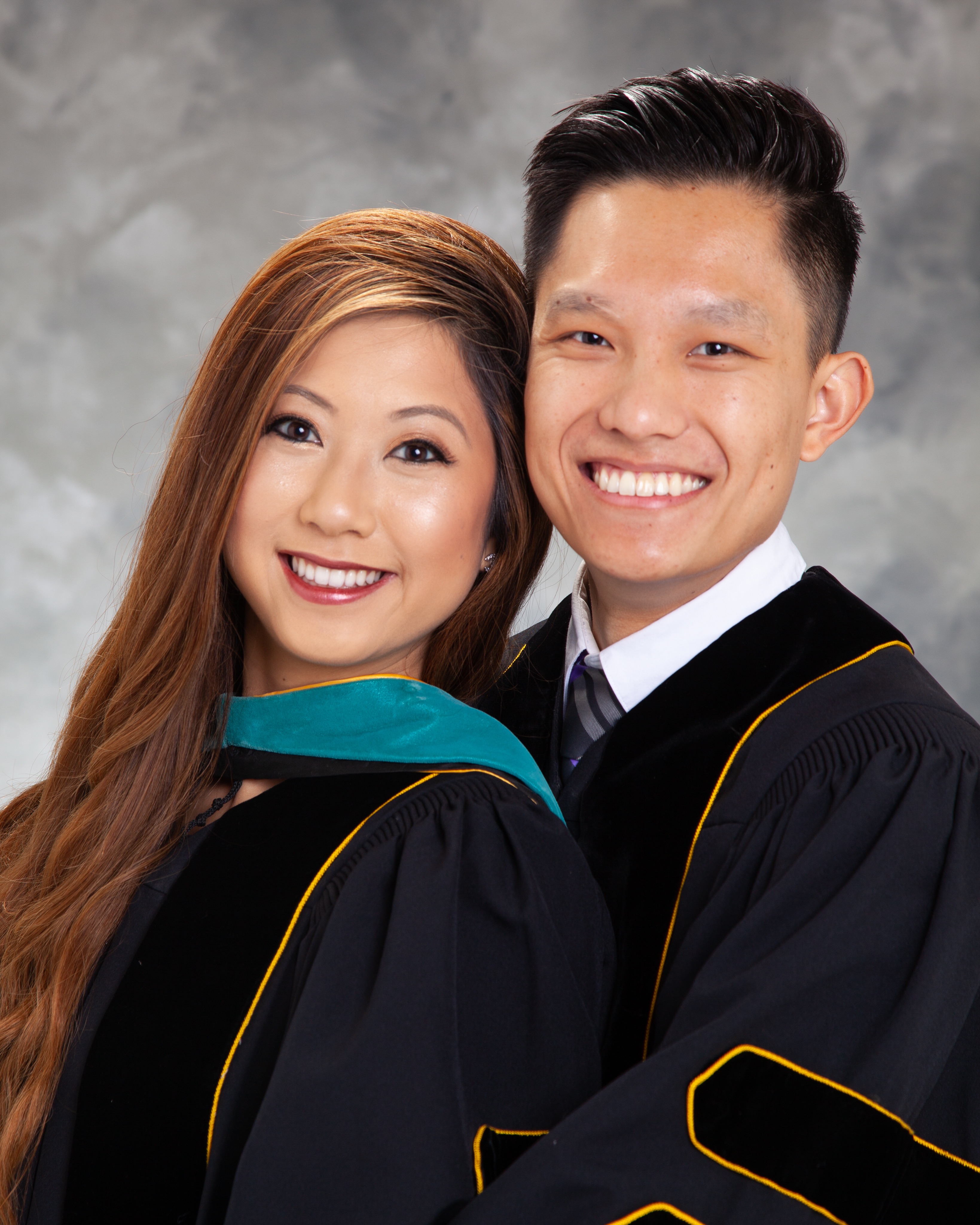 It’s been a whirlwind past few weeks for Southern California College of Optometry at Marshall B. Ketchum University students Dennis Giang and Kimberly Le, ’19. The newly married couple’s lives won’t likely slow down anytime soon either, but they take pride knowing they are sticking to their ten-year plan.

“Our motto throughout school has been ‘keep going and never give up,’” says Kimberly, who adds that the couple made their ten-year life plan together at the start of undergraduate school at San Diego State University.

Hitting the Milestones on their Ten-Year Plan

Many of the couple’s ten-year plan milestones have hit fast and furious in the past few weeks. The couple married April 27 in front of 300 guests then launched into wrapping up their studies and rotations in order to graduate from SCCO this month. Later this summer, they will head to Las Vegas where Dennis will start a residency program with the Veterans Administration and Kimberly will work in private practice. Between graduation and the start of their new jobs they will honeymoon in Japan and Thailand.

If it sounds like a lot of change, it is, but the couple embraces the changes and says they are grateful for the help they have received along the way and the quality of education at SCCO. Both are the first in their families to graduate with a higher education degree.

“SCCO prepared me to be an excellent clinician,” says Dennis. “They teach us how to communicate respectfully and with compassion.”

Kimberly and Dennis met their first day of high school at Mira Mesa High School in San Diego. They remained friends throughout high school and started dating as freshmen at San Diego State University. Both majored in biology, worked in optometry practices and were members of the optometry club as undergraduates. They both knew they wanted to go into a health field when they entered college and chose optometry after shadowing doctors of optometry.

Kimberly said she had many “feel good” moments when she was working for an optometrist, and reveled in the fact that she was helping to better people’s lives by tending to their vision. One moment stands out when she, as the only member on staff who spoke Vietnamese, was able to speak to a man in his native language and tell him the importance of using his prescribed medications.

A Shared Journey
When they interviewed at SCCO, Dennis and Kimberly separately met Eryn Kraning, SCCO’s Director of Admissions. Kraning met Kimberly first, then later Dennis. When Dean met Dennis she joked and told him she had just met the ‘female version of you.” That version was Kimberly.

“We hadn’t told anyone we were together,” says Dennis. The couple recounts the story to highlight their similarities.

The couple leaves SCCO to launch the next chapter of their ten-year plan – and lives -- carrying with them not just the clinical skills they need to succeed, but wonderful memories of the school and the professors who were always available for guidance and support along the way.

“I would definitely recommend SCCO to anyone,” says Kimberly. “I hope my kids go here.”