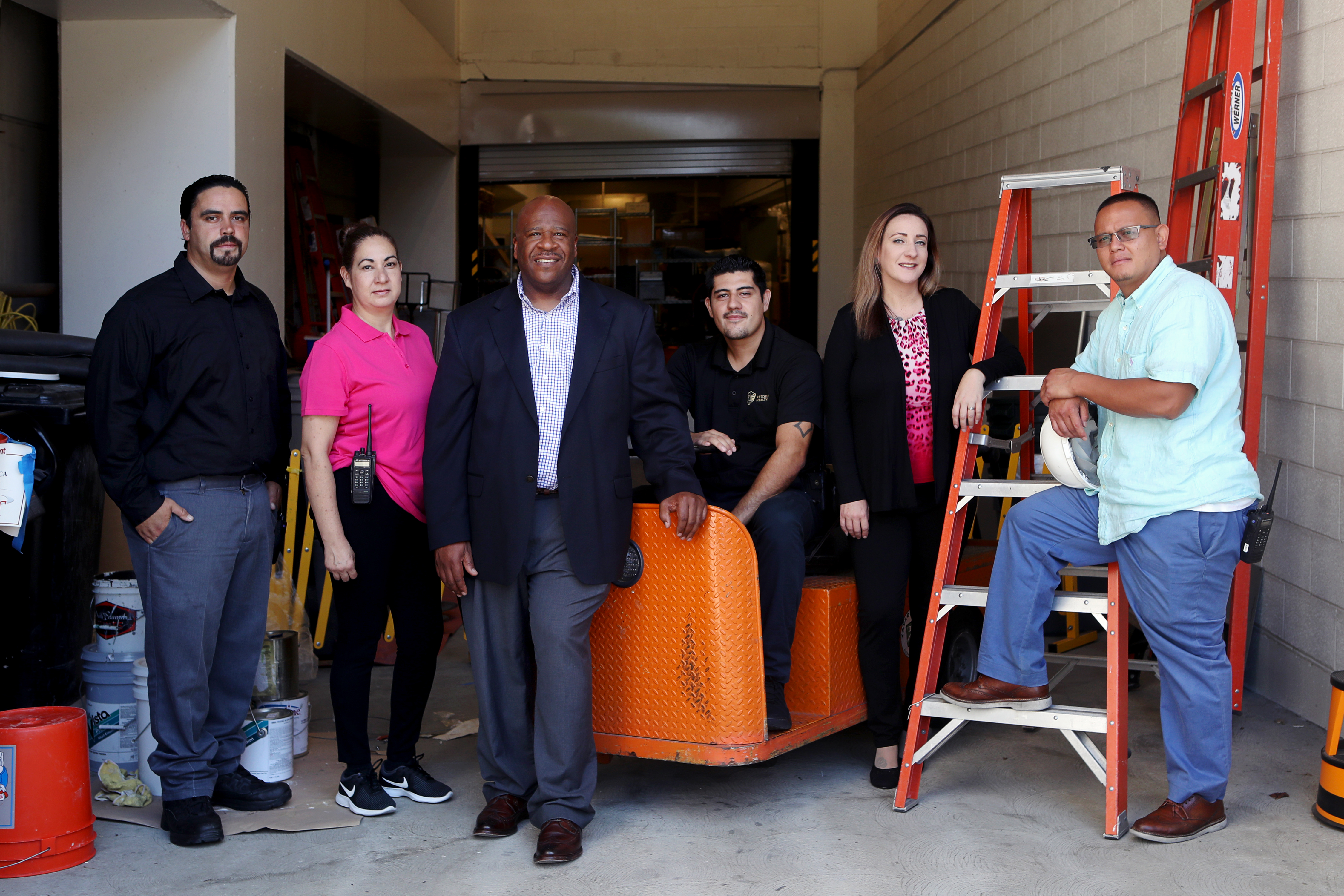 If you have ever walked onto the campus of Marshall B. Ketchum University, scanned your key card to enter a building, walked down the carpeted hallway, unlocked and pulled open the door to a specific room, turned on the lights and then sat down in one of that room’s comfortable chairs, then you have been the direct beneficiary in about 20 different ways of Greg Smith’s attention to detail and the dedication of the individuals on his Campus Operations team.

Greg Smith is the Director of Campus Operations, and, in that role, he and his team — which include the people who work for MBKU Facilities and its cleaning staff — toil in myriad ways, seen and unseen, to make sure that MBKU facilities run like a well-oiled machine.

And how might one take care of this machine? “We’re a multi-tool,” says Greg. “I try to instill in my crew the idea that we must be concerned with everything, and about how our work affects the campus holistically. The idea of the multi-tool, where we have the versatility to address any need that arises, is our inspiration and our motto.”

Greg received great training in the art of sweating the small stuff during his many years in facilities management and then as a construction project engineer. “I got to work behind the scenes with the nuts and bolts and the nitty-gritty details of the thousands of things that go in to a major construction project,” he says. “And I was passionate about it.” When the recession hit his industry hard, Greg pursued a different path, finding that as the newly hired Director of Campus Operations at MBKU, he would have the opportunity for both facilities management and construction engineering.

This was because the University that had just hired him was planning to grow, and it would need space for new programs while upgrading its existing facilities.

In partnership with President Kevin L. Alexander and Dr. Julie A. Schornack, Greg has led MBKU through numerous renovations and building projects in the years since he was hired, including Ketchum Health, the Health Professions Building and the Warren & Carol Low Student Union. “Every detail from top to bottom came through my wheelhouse,” says Greg. “With the goal of making those places desirable, clean and functional. In the meantime, we’re also maintaining and improving our excellent current facilities.”

Greg had another major influence with respect to the pride he takes in his work and the integrity he requires from his team: the time he spent in the Air Force. He worked in intelligence, where he managed the kinds of details that remain behind the scenes by design, and he learned about the importance of always doing the right thing even when nobody is looking. At MBKU, the idea is the same. Whether it’s national security, or how much effort one must exert in order to open the door to a classroom on campus, anything worth doing is worth doing right.

This idea pervades the work of the whole Campus Operations team. And occasionally Greg allows himself to feel a sense of accomplishment about how the overall look and feel of campus has changed due to his hard work over the years. It’s a campus that every single person at MBKU can enjoy and appreciate.