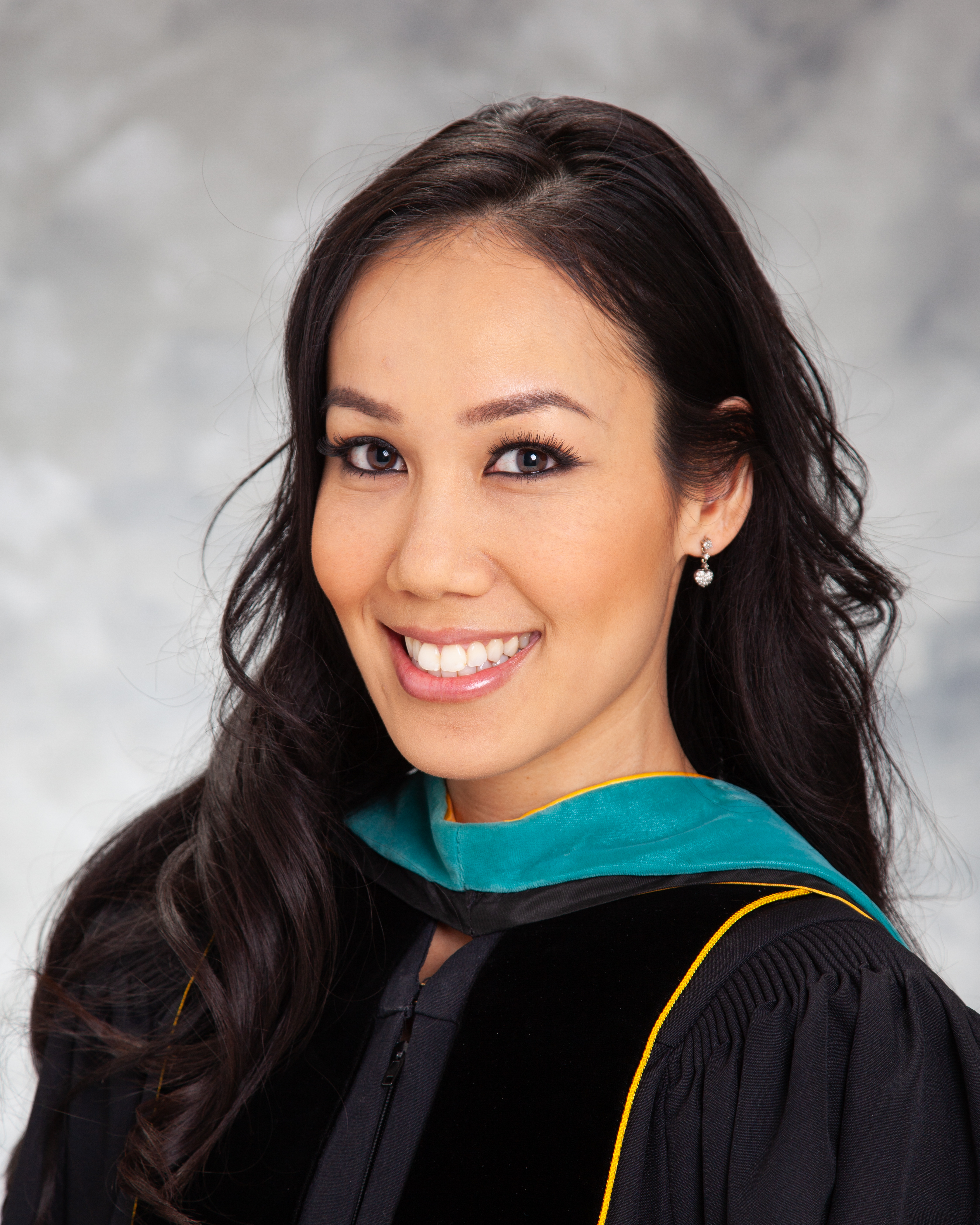 Southern California College of Optometry at Marshall B. Ketchum University student Diana Nguyen, ’19, boasts two professional loves – optometry and investigative reporting. After graduating this month, Nguyen will devote her time to both careers when she begins managing her brother’s optometry practices in the Bay Area and working part-time as an investigative news reporter at a Bay Area television station.

“Television was my first love. My childhood dream was to be a reporter,” explains Nguyen, adding that there is something “exciting and fun” about investigative reporting. She worked for three years as a television reporter at NBC affiliated stations across the United States after graduating from San Jose State University before attending SCCO.

But Nguyen has grown up working in her aunt’s optometry practice in Sacramento, and her father was an optician who practiced in Mountain View and Capitola, CA.

“A career in optometry helping people see is one of the most fulfilling jobs out there,” she explains, adding that she will not just manage her brother’s practice, but will occasionally fill in as an optometrist as well.

Nguyen says she’s ready to tackle the next phase of her career, in part because she learned how to handle the rigors of intense work during her time at SCCO.

“SCCO trains you incredibly hard through exams and proficiencies that once you get into clinic on your own, there is nothing you cannot handle,” she explains, adding that as a student, she worked “at all hours of the night” practicing procedures and studying. The lessons in persistence and diligence were invaluable, she says.

Nguyen praises the SCCO faculty, saying their commitment to students is unwavering as witnessed by the fact that they often make themselves more available prior to exams.

“They have the most amazing faculty at SCCO,” she says. “They move mountains to prepare you for exams by making themselves available after hours and even giving out their personal cell phone numbers in case there are any last minute questions before a big test.”

Optometry as a “Helping Profession”

Nguyen was drawn to optometry because it is a “helping profession” that betters people’s lives. She says she particularly liked working with patients during rotations and worked in clinics at Camp Pendleton in Oceanside, at Ketchum Health in Los Angeles and Anaheim, and the Indian Health Center in Riverside.

Nguyen has a history of service, having taken a service trip to Ghana with the group Unite for Sight.

“All the kids we saw were so grateful,” she says of her time in West Africa. “Most stood for hours waiting to be seen.”

Nguyen is the recipient of the national AAUW scholarship, the Kristin A. Jones Memorial Endowed Scholarship at SCCO, and the TLC Laser Refractive Excellence Scholarship. She has a 14-year-old yorkie dog named Binky and loves to surf in her free time.