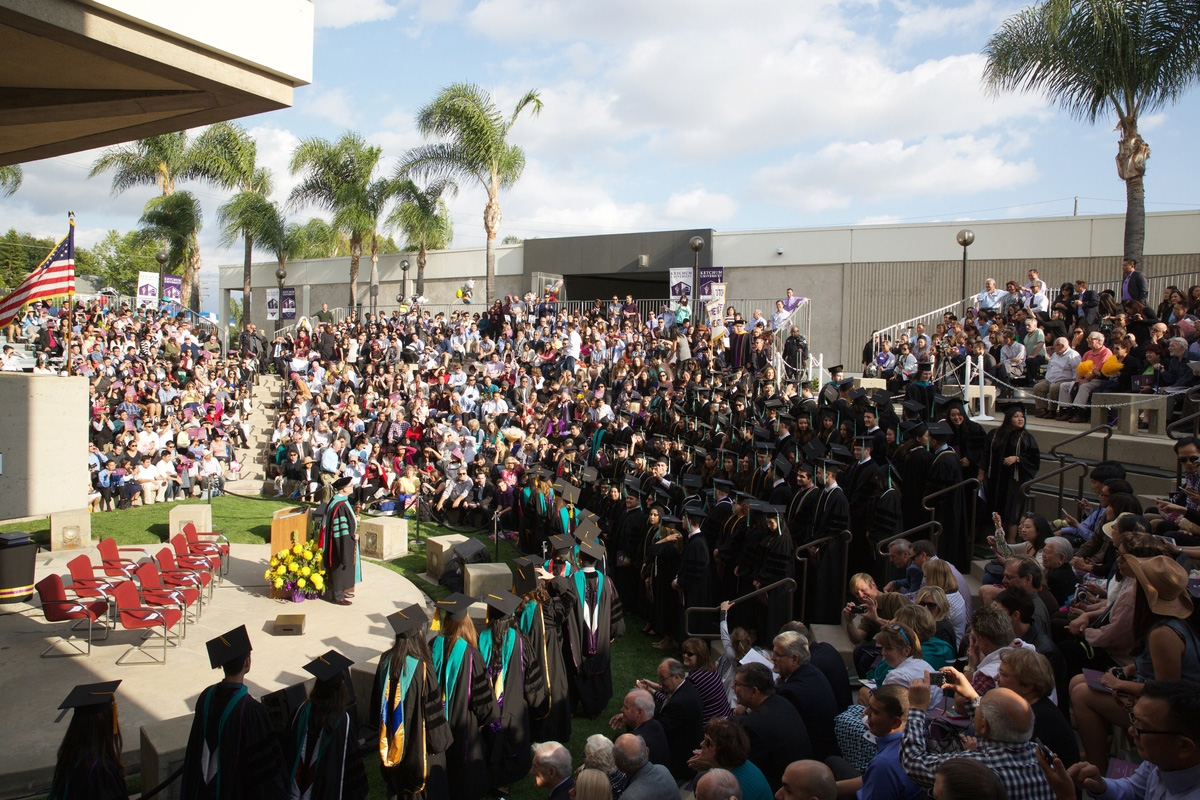 Roger Jordan, OD ’80, felt as though he’d hit the trifecta when he was accepted into the Southern California College of Optometry in 1976.

Dr. Jordan says he knew going in that SCCO offered a distinguished education, but it wasn’t until he took his board exams and entered practice that he learned just how unique his education had been.

“We had one of the best educational opportunities that you can have as far as training,” Jordan says of SCCO, which is now in its new home at Ketchum University. “We were given a lot more patient interactions, so we were better prepared. That was a huge, huge confidence boost going into practice.”

Dr. Jordan says students in his class had numerous patient contacts before they graduated, while students from other schools had a fraction of the patient encounters he and his classmates had. When he took his board exams in 1980, Jordan remembers doing things “some of the other students hadn’t heard of,” such as prescribing and fitting gas permeable rigid contact lenses, which had recently come into wider use.

“I knew I had made the correct choice of school,” he says.

Dr. Jordan has supported his alma mater over the years out of a desire to give back to the institution that gave so much to him. A glance at Jordan’s career makes it clear he has risen to the top of his field, both in his practice and outside of it.

Jordan practices all aspects of optometry, with special attention to contact lenses and ocular disease, in the Gillette Optometric Clinic in Wyoming. He is a fellow of the American Academy of Optometry and the National Academies of Practice.

Dr. Jordan has influenced policy both on the local and national levels. Locally, he has worked with area hospitals to help set up the protocol for optometrists in emergency rooms and during consultations with in-patients. That work informed his efforts to help write the standards doctors must meet before obtaining hospital privileges.

Nationally, Dr. Jordan has been active in the American Optometric Association for decades. He served on its Federal Relations Committee for 18 years and as its chair for six years. Recently, he accepted the newly created position of Vice Chair of Policy for the AOA. As such, he will track all federal legislation and regulations on Medicare and Medicaid or any other policy areas that impact optometry. He will be key in setting the association’s policy in these areas. He will also re-institute the Carrier Advisory Committee representative national meeting, where state representatives will be educated on the issues and processes in interacting with MAC medical directors.

Dr. Jordan has had the unique experience to be appointed to serve on the CMS Practicing Physician Advisory Panel, where he was the only non-MD/DO on the panel of 15. Additionally, he was recently appointed to the Joint Commission on Specialty Board Certification for Podiatry, which also meets in DC.

“I’m defining my new role,” Dr. Jordan says of his new position. “I love working in DC. It’s my passion.”

Throughout his tenure working in the federal policy arena, Dr. Jordan has striven to educate policy makers and others about the breadth and depth to the field of optometry. The practice is not just about fitting glasses and contacts lenses on people. It is far more expansive. Optometrists look for a wide range of health issues during an eye exam. Few people know that more than 200 diseases can be detected through a comprehensive eye exam. Dr. Jordan is working to increase public awareness around the importance of monitoring eye health and vision.

One key area where Dr. Jordan hopes to make a difference is in educating families and parents, school officials and others about the importance of comprehensive eye exams for children before they enter school. It is important to evaluate for eye problems in children, because vision problems can negatively impact a child’s education and therefore their life.

“Some kids are not able to read and do other classroom tasks,” Dr. Jordan says of eye issues. “Sometimes you can change a person’s career through better eye care.”

Dr. Jordan says he has parents who bring their children in for an exam because they are having reading difficulties and therefore suffering academically.

“Once an exam was done and vision and muscle issues were diagnosed and corrected, mothers have come back and said their child has advanced several grade levels in reading, has a new personality and actually enjoys school,” says Dr. Jordan.

Dr. Jordan says he directly attributes his success in both the policy and practice arenas to his education. He remembers that period from 1976 to 1980 at SCCO fondly. His classmates bonded and some stay in contact to this day.

“I had a good time. I spent a lot of time at the beach as well as interacting with my peers between classes and labs,” says Dr. Jordan.

He also looks back fondly on the nearly three years he spent during his later undergraduate years as a teaching assistant in ocular anatomy classes with Dr. Davis.

“I did a lot of work with freshman, teaching students and preparing them for exams,” he said. “I loved doing that.”

Dr. Jordan acknowledges he has a busy life. He relaxes by playing golf. Family time with his wife, six adult children and six grandkids also brings great fulfillment. And he freely admits he is still getting used to the changes at his alma mater, but he supports the interprofessional approach led by University President Kevin Alexander, OD, PhD. It’s the future of health care, he believes.

“I love the profession. It’s my passion. And I give total credit to the school I went to that I’m as good of a doctor as I am,” Dr. Jordon said.