Dr. Tony Carnevali: Students and Patients are His Professional Legacy 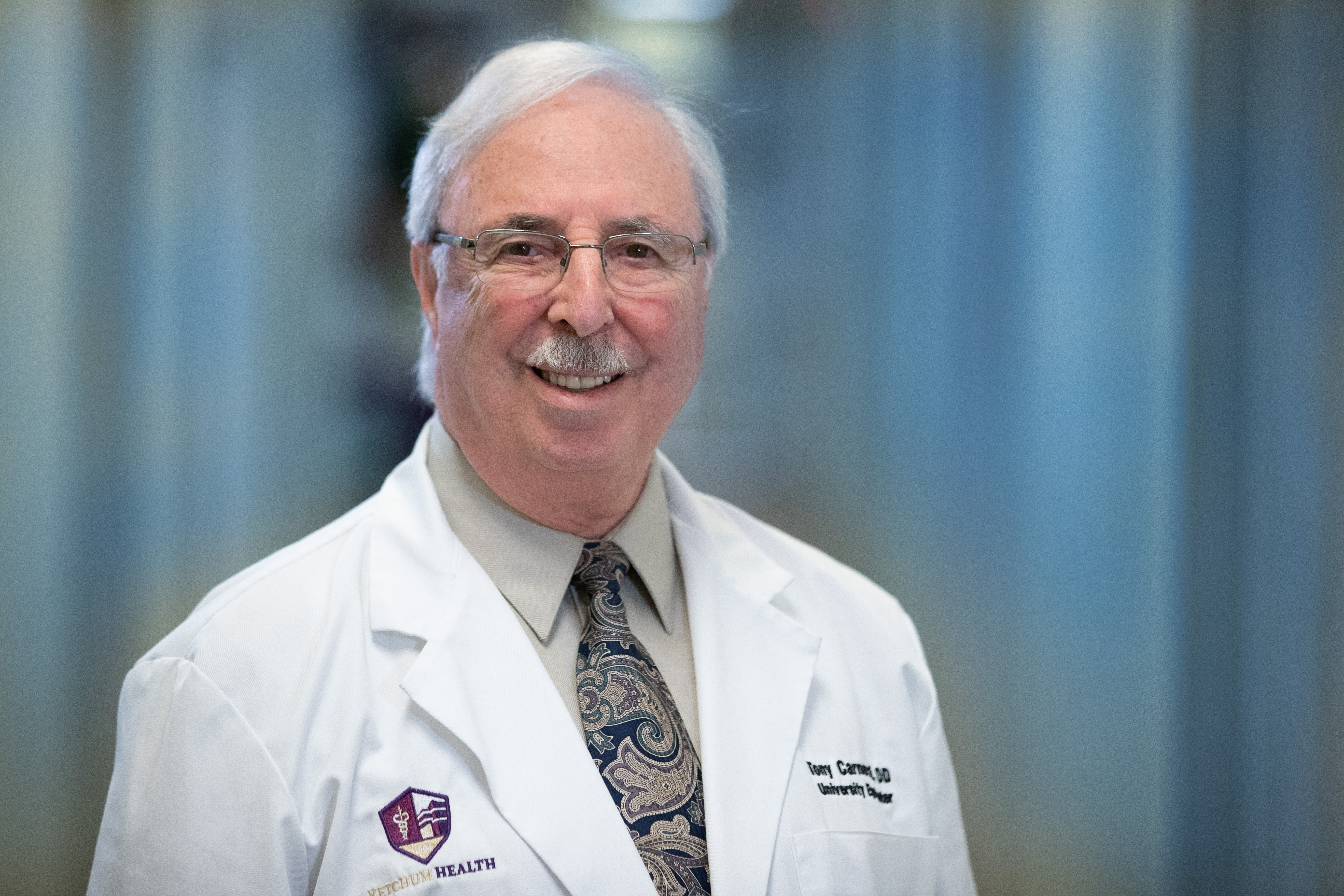 “Gratitude” is a word Southern California College of Optometry at Marshall B. Ketchum University Alumnus and Professor Dr. Tony Carnevali often uses when describing his professional and personal life

Tony Carnevali, OD, SCCO, ’75, considers himself fortunate that he “by chance” found a profession he loves that allows him to both build a professional legacy and serve his community. He considers himself lucky in love with his wife of many years, Fran Carnevali, and their three adult children, Amanda, Giancarlo and Linda. And he is grateful to his parents for bringing him and his siblings to the United States from Italy by way of Brazil.

And on top of it all, he can ballroom dance and speaks four languages, although he does not claim mastery in the former endeavor.

Dr. Carnevali was honored in September with the University’s V-Award, known as the Vita Award. “Vita” is Latin for “Life.” The award honors people who have had a positive impact on the lives of others.

Dr. Carnevali’s list of positive impacts is long. He is a fellow of the American Academy of Optometry and a diplomat to the American Board of Optometry. He served as past president of the California Optometric Association as well as of the Public Vision League. He also served as special consultant to the Office of Professional Examination Services for the California Department of Consumer Affairs, for which he authored the glaucoma certification requirements for California optometrists.

The list of Dr. Carnevali’s professional organizations and awards continues, but the doctor considers his students and the service he has done for the community the core elements of his legacy.

Dr. Carnevali worked in private practice for 20 years and loved the work.

Cultivating the Next Generation of Optometrists

An opportunity came up to teach at SCCO and Dr. Carnevali saw it as a way to contribute even more to the profession – through educating the next generation of optometrists. He became an Associate Clinical Professor and the Director of what is now the University Eye Care Center in Los Angeles – the satellite teaching clinic of the College. He loved working with the students.

“The students are my legacy to the profession,” he says. “I want to make sure that they have all of the tools they need to be successful as doctors.”

When he walked in the door of the clinic in 1994, Dr. Carnevali said it looked as it did when he was a student in the 1970s. He launched a modernization of the clinic and spearheaded efforts to expand vision care throughout South Central Los Angeles.

“We wanted to serve the people in most need,” he says.

Dr. Carnevali said he entered the optometry field somewhat by chance. After attending UC Berkeley he entered the U.S. Air Force. When he later chose to be released after serving as an officer, he perused a list of professions for which officers could be released from active duty. Optometry was one of the professions. Being from the Los Angeles area, he applied to LACO (now SCCO).  He was accepted, and “within about six-months’ time, I knew I had found my niche,” he says.

Born in Italy, Dr. Carnevali moved to Brazil as a child, then moved to the states when he was about 13-years-old.

“I owe my parents so much for where I am today,” he says. “This country gave us an opportunity to make something of ourselves.”

“Our students are on the vanguard of our next generation of optometry,” he says. “I like to remind them of the importance of taking care of the patients. We are in it for the patients.”