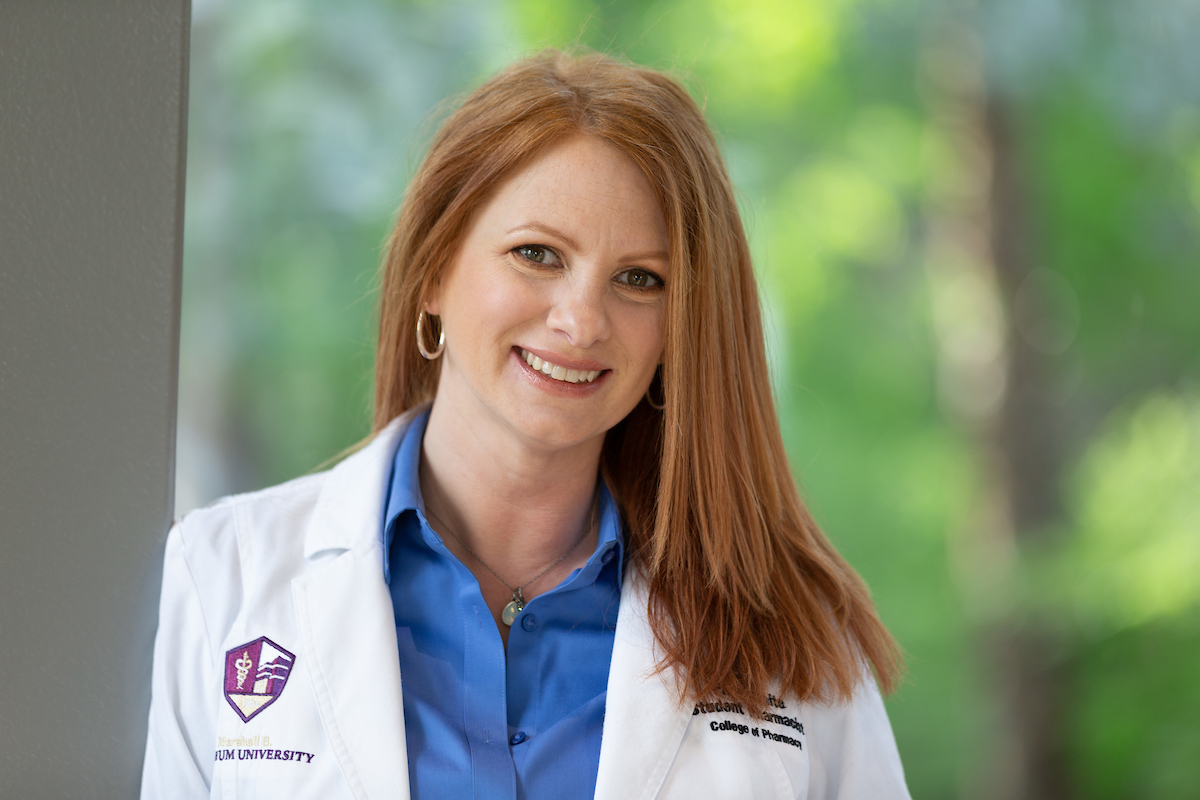 Marshall B. Ketchum University’s College of Pharmacy student, Fawn White, Class of ’21, worked as a pharmacy technician for many years before deciding to go back to academia and pursue a Doctorate Degree in Pharmacy. Initially, her choice to pursue this career path was led by the potential of earning a better income while expanding her position within the profession she knew and loved. Later, her outlook on life changed and so did the purpose of becoming a pharmacist.

Roughly six-years ago, Fawn was diagnosed with Celiac Disease, something that impacted her life drastically. She said “it helped open my eyes of the issues people come across in their life.” While Celiac might not seem serious to those not affected by it, it was important to her by helping her realize that it doesn’t matter what a person’s ailment is: they deserve to be shown compassion and empathy. By serving as her own advocate for better health, she wants to be that “positive impact” in other’s lives as well by helping them live a better life through education and the human connection.

MBKU Not a Textbook Kind of School

Fawn grew up in the Seattle area and like many, she encountered some obstacles in her life. She overcame the challenges of only completing ninth grade by relocating to Boise, ID where she obtained her GED and attended Boise State University. After all she had been through, earning her BS in Health Science in May 2017 was a proud moment for her. While attending the University she continued to work in the pharmacy field, in both community and hospital pharmacies.

She said she was attracted to MBKU’s COP program because it didn’t seem to be a “textbook kind of school.” And they seem to be “more personable,” a school that encourages “self-development” within their education process.

Fawn appreciates the set-up of the college’s integrated pharmacy therapeutics courses. “Though these courses can be both tough and challenging, they do expand on the education that is needed in the field of pharmacy.”

Fawn works for MBKU as a Personal Wellness Leader as part of their ‘Personal Wellness Series for Stress-Relieving,’ where she shares her passion for crafting with fellow students. She designs classes that allow for a temporary break, a moment of relaxation and self-care — the rigorous workload for students in all MBKU programs can be stressful so her wellness classes focus on creating something beautiful in a positive, encouraging environment.

Some of her classes have included: using alcohol inks on canvas, painting wood blocks, magnet making, string art, and more. The classes are free and open to all students within the MBKU family. You can catch one of her classes throughout the school year on campus.

While at MBKU, Fawn also served as a peer advisor, where she interacted with newly enrolled students in the pharmacy program. She enjoyed the interactions and relationships she built with these students, and hopes to continue to help them throughout the rest of their journey at MBKU.

After graduating from MBKU’s pharmacy program, Fawn plans to return to Boise, where her dogs are, and continue to work in both the community and hospital pharmacy settings.