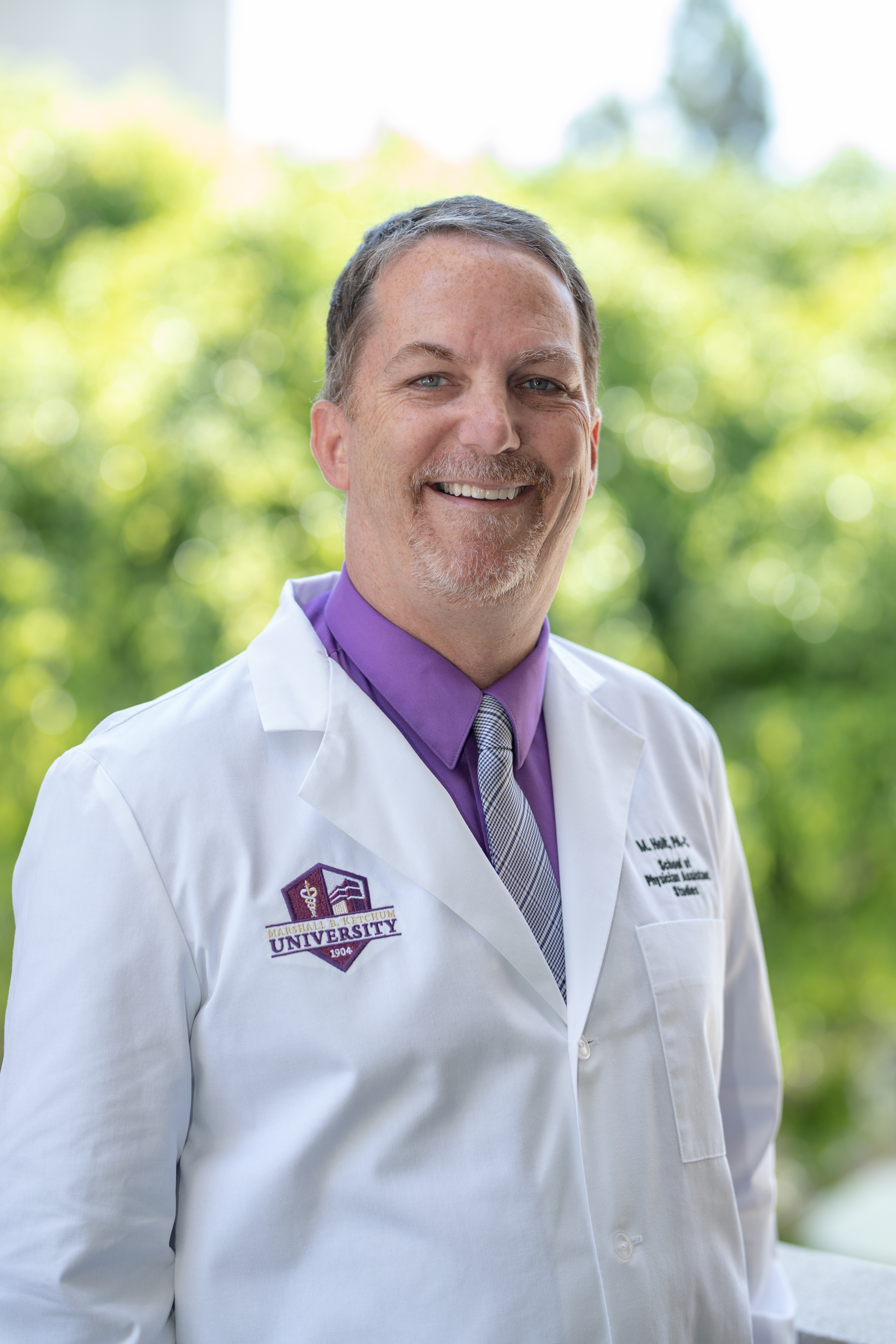 While serving as a military medic in the U.S. Air Force, Martin Holt had a revelatory encounter with another military health care provider that altered the course of his life.

Observing this man as he worked on the same surgery floor, Martin could tell that he was important – he had a group of people around him seemingly at all times, writing down everything he had to say. The young Martin naturally assumed the man was a doctor and called him that, but he was quickly corrected. “He told me, ‘I’m not a doctor; I’m a physician’s assistant,’” recalls Martin. “That’s when the lightbulb went off for me. I could see the response he got from patients because of the way he was able to care for them, and the passion he had, as well as his caring attitude. He really took the time to make sure patients understood the care they were receiving. I knew this was the job for me.”

After completing his time in the military, Martin found himself in the same position as the very first PAs in history: possessed of considerable medical training and excited to use it in civilian life. He went to PA school, confident that the profession would allow him to serve others in the way that has been modeled for him by his mentor in the military. Martin began working for a doctor who ran a Women’s Health and Pediatric clinic in his hometown of Fullerton, California, which catered to the underserved communities in Orange County.

It’s a community that he is particularly close to. As the son of an immigrant mother from Mexico, Martin is familiar with the large population of individuals who are often overlooked by the interests that dominate the affluent area. “I began working at this clinic, and I just loved it,” he says. “I loved the people, who are so grateful to receive quality health care and who often go unnoticed.” The clinic eventually became a federally qualified health clinic, which allowed the scope and number of patients it served to be greatly broadened over the 22 years Martin has worked there.

Eventually Martin noticed that, of all the PA students who rotated through his clinic, the ones from a new school in Fullerton called MBKU were always exceptional. He checked it out, which led to occasionally guest lecturing, and then eventually to becoming a full-time educator, a role in which Martin thrives. He particularly loves teaching PA students about the power of building relationships with patients, part of those essential skills that cannot always be communicated in textbooks. Building relationships leads to trust and understanding, essential components of care when it’s possible that a patient is not able to read, or to get a ride to an appointment, or to otherwise navigate the health care system successfully. It’s the human side of medicine he first observed all those years ago in the work of the military PA.

For Martin, the human side of medicine means seeing patients as people, not a collection of symptoms or a disease, and serving them. “In the end, we’re all human beings,” he says. “Everyone has value, and everyone should be respected. Often patients simply want to be heard, and if there’s something I can do, or my clinic can do to help, then we will. Because it’s so important to give back in this way.”