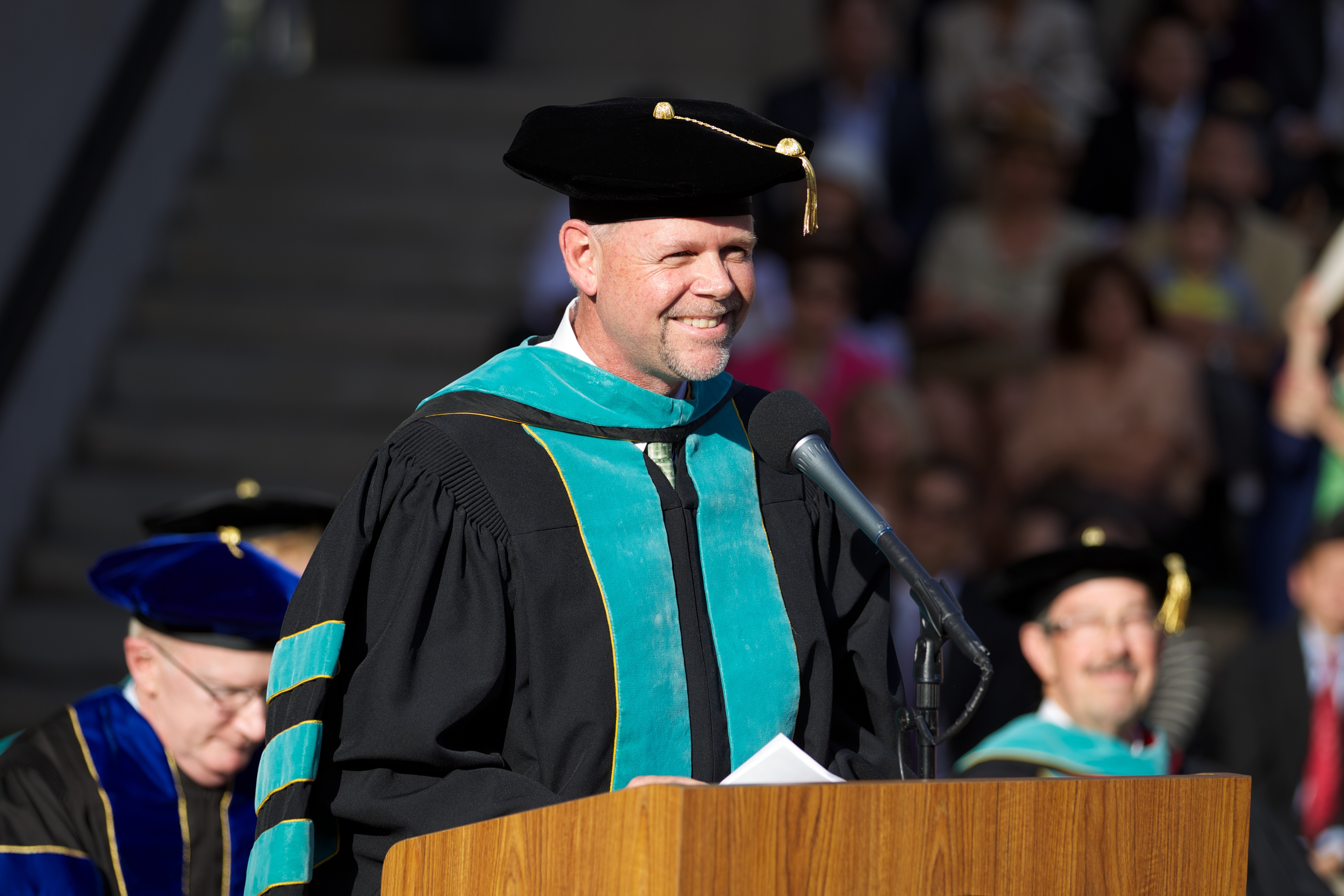 "Covet the independence of your profession, embrace your patients and their needs responsibly, and honor the legacy of your profession by staying informed and staying involved," said President-Elect of the American Optometric Association (AOA), Mitchell T. Munson, O.D., to the members of the Class of 2013 at the Southern California College of Optometry at Marshall B. Ketchum University.  "Treasure the efforts put forth on your behalf by organized optometry, and most importantly, let the unique talents that define each of you, shape your career, your path of involvement, and your future."

Dr. Munson addressed the 99 Doctor of Optometry degree candidates at the one-hundred and ninth Commencement Exercise of the Southern California College of Optometry held on, Thursday, May 23, in Fullerton, CA.  His address was entitled, "Make the Path Your Own."

A graduate of SCCO's Class of 1986, Dr. Munson was honored during the event with the Distinguished Service Award for his contributions over time that have advanced the stature and integrity of the College.  He's a partner in a private group optometric practice in Highlands Ranch, Colorado, which includes his wife and classmate, Susan Brunnett, O.D.

Dr. Munson is currently serving as President-Elect of the American Optometric Association (AOA), and will become President of this 36,000-member national organization next month.  As AOA President-Elect, Dr. Mitch Munson, is a member of the Executive, Agenda and Personnel Committees.  His liaison assignments include the AOA Meetings Center and affiliate associations in Alaska, California, Hawaii, Nevada, Oregon, and the Armed Forces Optometric Society, as well as four colleges of optometry, including his alma mater.

Prior to his election to the AOA Board, Dr. Munson spent 10 years in the AOA volunteer structure serving on the AOA New Technologies Committee, Statutory Scope Committee and the AOA Political Action Committee where he served as chair, 2003–04.  Dr. Munson is a past president of the Southwest Council of Optometry and a Fellow in the American Academy of Optometry.