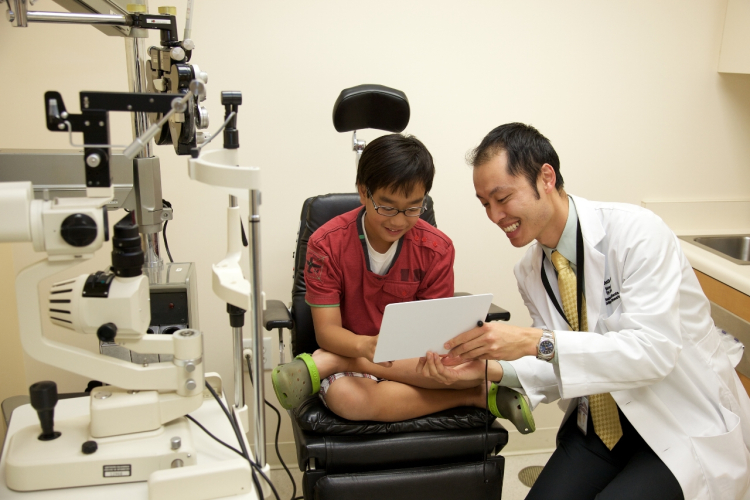 Myopia, or nearsightedness, is an important public health problem, especially in Asian countries where the prevalence of myopia is more than 95% in certain groups.

It is the fifth-most-common cause of vision impairment in developed countries. In addition to impacting a person’s quality of life, high amounts of myopia lead to greater risk of serious eye problems such as retinal detachment. Johnson & Johnson approached the Southern California College of Optometry to be one of 10 sites around the world to participate. Enrollment launched in 2014 and closed in August 2015. Among all 10 sites are 399 children between age 7 and 12 who were randomized to either the control group (using traditional glasses) or the test group (using daily disposable multifocal contact lenses). The SCCO team led by Justin Kwan, OD, will follow the increase in axial length and refractive error in 40 of the enrolled children every six months for the next three years to be able to see differences in the progression of the disease between the two treatments. The study will allow researchers around the world to collaborate on potential treatment for the devastating disease.