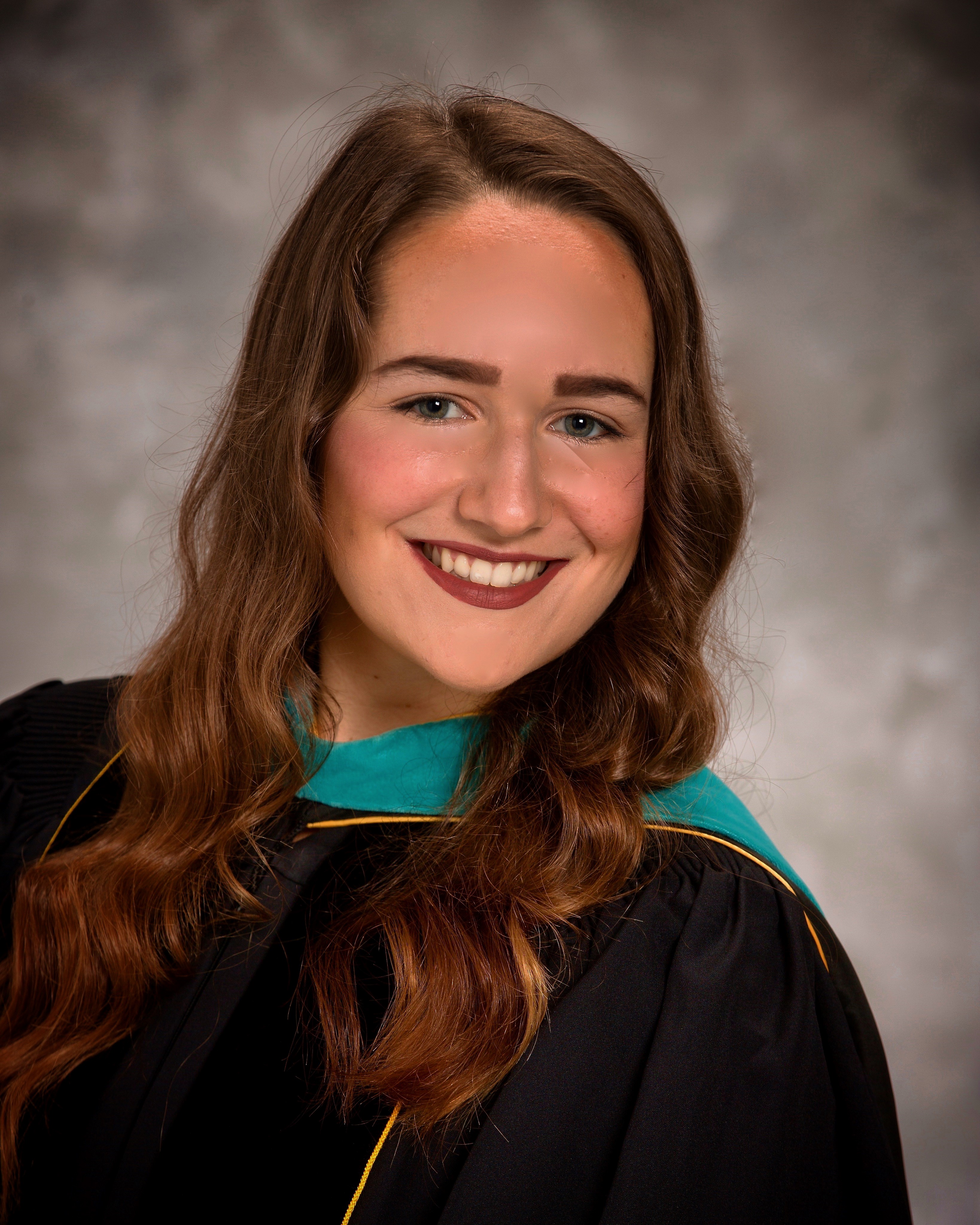 When Kallie Kappes, SCCO, ’18, graduates May 23, 2018, from Marshall B. Ketchum University’s Southern California College of Optometry and moves her graduation cap tassel to the left, she will have fulfilled a dream she’s held since fourth grade.

As a child growing up in Elko, Nevada, Kappes experienced many ocular issues. Consequently, she spent a lot of time in her optometrist’s office – and absolutely loved it.

“I was fascinated by all of the gadgets,” says Kappes. “And my optometrist was so adamant about my vision care … I knew then that it was something that I wanted to do … It’s been a dream of mine since I was nine years old.”

Soon Kappes’ dream will be a reality when she finishes her studies at SCCO and heads to Reno, Nev. for a prestigious residency at the Eye Care Associates of Nevada, a co-management practice.

Kappes is particularly excited about the residency’s co-management aspect. The ophthalmologists at the practice work closely with the optometrists, making them a key part of a patient’s care team.

“The ophthalmologists of the practice are very pro-optometry,” she says.

Kappes adds that she expects to work on many ocular disease cases during her residency, especially in the geriatric population. She expects to be exposed to a variety of ocular diseases, in both the anterior and posterior segment of the eye, and to work on refractive and cataract surgery cases.

“The variety of cases will keep every day interesting,” she says.

Expanding the scope of practice for optometrists is a passion of Kappes. As a student trustee of the American Optometric Association and a member of the American Optometric Student Association, Kappes is aware of the variation in scopes of practices in different states throughout the nation. She also is aware of the importance of lobbying for the profession, knowing that new laws can both expand or contract the scope of practice for optometrists. She has attended numerous conferences in her role as a trustee for AOSA, so she is well-versed in the challenges – and opportunities – facing the profession.

Kappes says she hopes to work in Nevada to expand optometrists’ scope of practice – particularly in relation to the treatment of glaucoma – since it is currently more limited than in California.

At SCCO, Kappes’ fourth-year rotation was with a sole practitioner, William Downey, OD, ’77, in South Lake Tahoe, Calif. She said she saw a wide variety of cases there since the doctor was often the primary referral from the urgent care section of a nearby hospital.

Kappes adds that during her rotation, she realized how excellent and thorough her education at SCCO had been – and the commitment of her professors. She knew the education was exceptional because of the high level of confidence she felt when practicing as a student doctor in the field.

“When I think of the faculty at SCCO, it really does blow my mind how dedicated they are,” she says. “I don’t think we know how good we have it when we are in the thick of it in school with tests and stress … but when we get out there, you feel so confident.”

Certain moments stand out during her time at SCCO. One memory is a day she performed an eye exam during clinic and her preceptor came and checked her work then told the patient, “I’ll let you speak to Dr. Kappes now.”

“It was one of those moments that took the wind out of me,” says Kappes. “I called my mom and told her he had called me ‘doctor.’”

She also fondly remembers match day – the day students found out which residency program with which they are matched. She was thrilled when she learned of her placement in Reno, because she so respected the practice.

Kappes also says she is a big believer in completing a fifth year of training if a residency program.

“Through residency you get an extra year to become so much more refined in your skills … to see a high volume of patients and be exposed to things you might not see immediately out in practice,” she says. “And you are surrounded by a support system. The preceptors kind of push you and make you a better decision maker so you are already a seasoned doctor right out of the gate.”

Kappes says she feels fortunate to live out her childhood dream.

“I am fortunate because after all of these years and wanting it to happen, now I am becoming an optometrist,” she says.