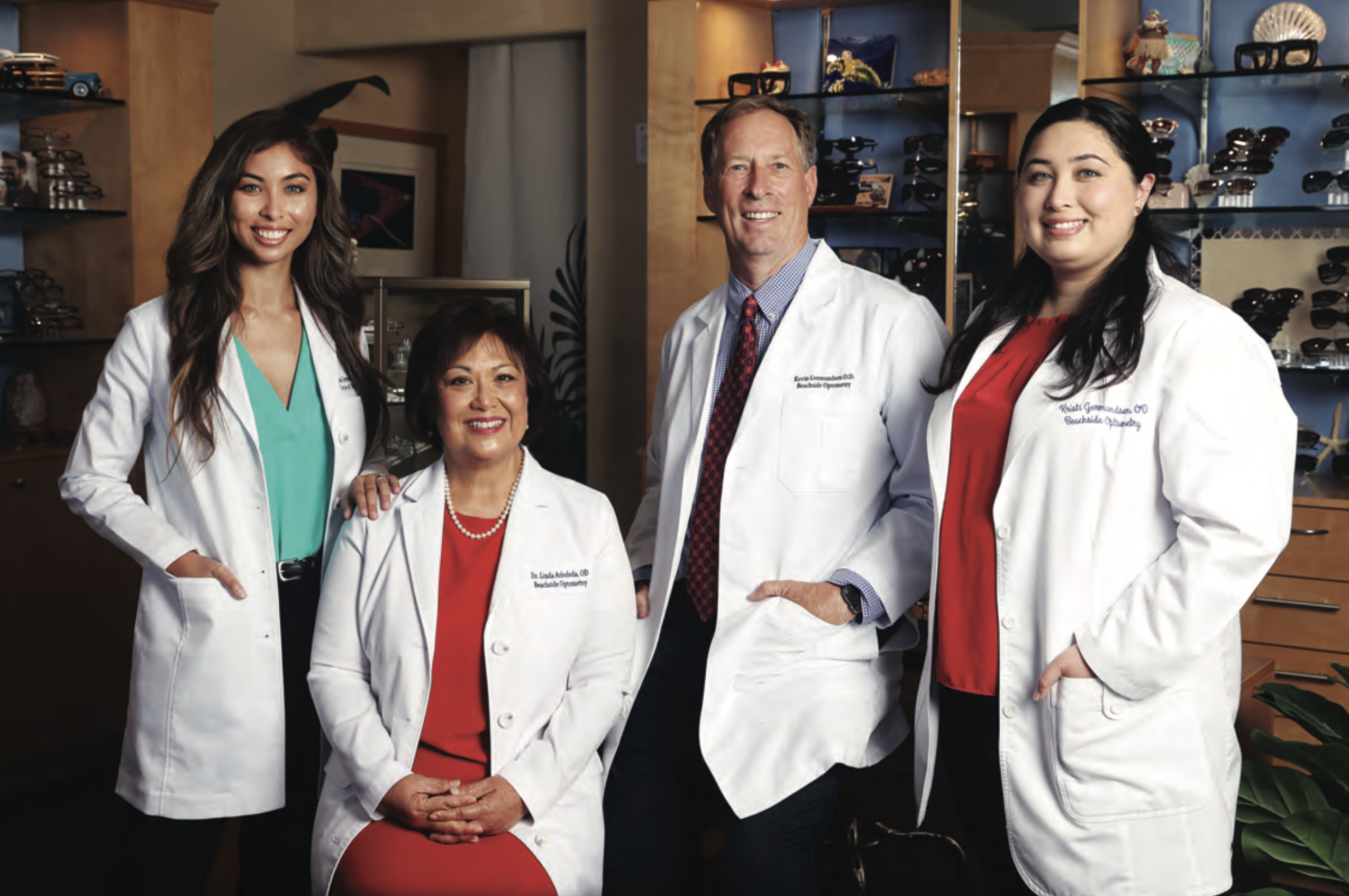 Shortly after the start of his first year of optometry school at Southern California College of Optometry, Dr. Kevin Germundsen, OD, ’88, attended a welcome party for new students at the Orange Hill Restaurant, where he spotted a second- year named Linda Arboleda on the dance floor and was instantly smitten. Kevin and Linda, OD, ’87, began dating soon after, finished their optometry degrees, and then eventually married, becoming another successful SCCO love story.

Approximately 27 years later, both of Kevin and Linda’s daughters would also have the experience of hanging out at the SCCO welcome party as first-year optometry students, in the very same Orange, Calif., restaurant where their parents met.

A PLACE TO THRIVE

Talk about MBKU’s family atmosphere! Kevin, Linda, and their daughters Kristi, OD, ’19, and Melissa, OD, ’21, have all graduated from SCCO, finding that, for all the changes, innovations and advancements in optometry that SCCO has experienced, what remains consistent has been a tradition of seeing students as individuals, who with great support, can thrive as optometrists. “Coming to SCCO from a large undergraduate university, I really felt like a family unit here,” says Linda. “They gave us every tool to succeed, and I was prepared for many of the challenges I would face.”

Kevin, who admits that a fair amount of the support he received as a student was lecture notes he borrowed from Linda, agrees that the small, close-knit community of SCCO was refreshingly different. “As students we understood that we were on a shared pathway to becoming doctors,” he says. “At that point, the competition stopped. We all wanted to help each other, and we weren’t competing with one another. There was great camaraderie, and the professors and the staff — their whole goal was to make us the best optometrists that they possibly could.”

Obviously, Kristi and Melissa were quite familiar with the profession from an early age, but each had to make her own decision about a career, which their parents always gave them space for. At first, Kristi resisted. “Since my parents have the practice, I saw a lot of the business side of optometry, which wasn’t very appealing to me,” she says. However, when Kevin and Linda acquired a retinal imaging machine, he began demonstrating its uses to Kristi, and, more importantly, its effects. “He was showing me how much it helped patients, and how they were leaving happy. And that was the turning point, because I’ve always wanted to work in a field that really helped people like that.”

Melissa decided right away. “My family pokes fun at me because I’ve always known that I wanted to be an optometrist,” she says. “I was able to see how my parents were able to improve a patient’s life, how happy patients were to see them, and how much they benefitted from vision services.”

A CLINIC FOR THE COMMUNITY

Kristi and Melissa did not just follow in their parents’ footsteps to SCCO, they are also following them into private practice. More specifically, into their private practice. The whole family works together now at Beachside Optometry in Huntington Beach, along with two other “family” members: SCCO alums Dr. Janay Sekhon and Dr. Michelle Kirk. “It was so important to live in the community we work in,” says Linda. “Our patients greeted us at stores and restaurants, so our daughters really saw how optometrists can serve the community. It wasn’t a job where we left in the morning and drove an hour away. Our work was always around us. I don’t think we’d be as successful if we didn’t have those relationships with the people around us.”

“SCCO fosters that philosophy,” adds Kevin. “This is your chosen profession, and as such, you owe it to your community to be involved, to provide quality care, and to have an active interest in the community around you. It’s been a proud, proud time for me, to have my wife and both daughters working with me. I’m humbled by what’s transpired, and it’s so wonderful to see them thrive and grow and join us in working for our community.”