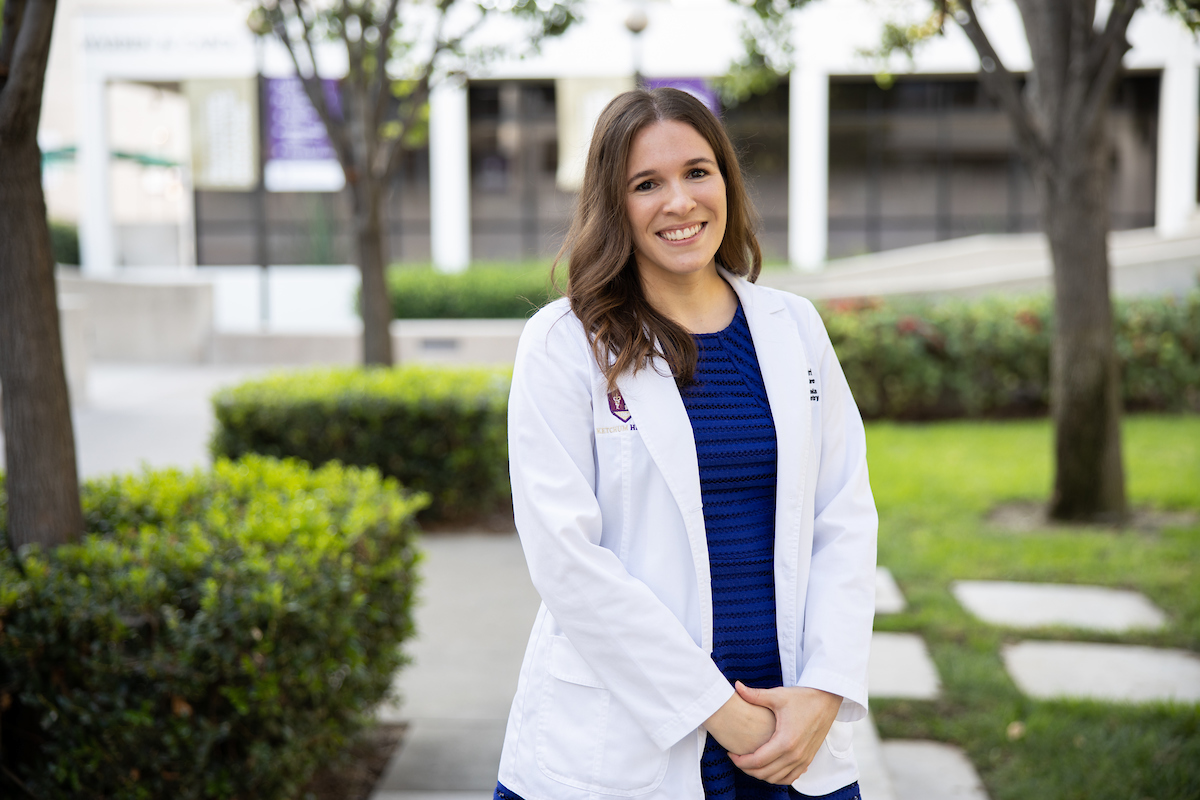 Over the past summer break, optometry student Marisol Lauri was relaxing at her parents’ home in Fresno, CA, taking a much-needed break from her rigorous course of study at MBKU. Her father was at the front of the house, doing yardwork, when he was suddenly approached by the neighbor from across the street. She was frantic, scared – and carrying her unconscious two-year old son. The boy was not breathing, the result of a split-second mishap in the pool, and now it was a race against time to save him.

Marisol sprinted from the house to help while her father immediately called 911. After quickly assessing the situation, Marisol began performing CPR on the boy, giving him chest compressions while instructing his mother to administer breaths. The CPR was effective, and shortly thereafter, he was breathing again. The ambulance arrived and took the boy to the hospital, and the next day the boy was back in the neighborhood, riding his tricycle, watched over by his thankful mother.

While Marisol had been certified for CPR earlier in her life, it happens that just prior to this event she had been re-certified through MBKU’s CPR training course, mandatory for all students before the year they start on their rotations. The class is administered by the Campus Safety & Security Department, and one of the myriad ways by which MBKU prepares its students as health care providers. “We have a number of classes that have surprised me in terms of what we’ve learned,” says Marisol. “We’ve been taught how to take blood pressure, what to do if someone faints, things like that. I’m grateful because I think it’s so important as health care professionals to have these kinds of basic skills so you can help any situation in the best way you can.”

Marisol was full of nerves and adrenaline in the moment, but she remembered her training, and how one must administer CPR differently on a child. It helped a great deal, she says, that the MBKU safety & security officers spoke about some of their personal experiences with having to give CPR. It gave the training a human element that went beyond simply practicing on CPR mannequins. “My classmates and I of course knew how important this training was,” she says. “I just never though I’d have to use it so soon. I’m grateful I was equipped to do it properly when the moment came.”