Lynda Le, COP, '20: From Counseling Other Students on Health Care Careers to Building Her Own 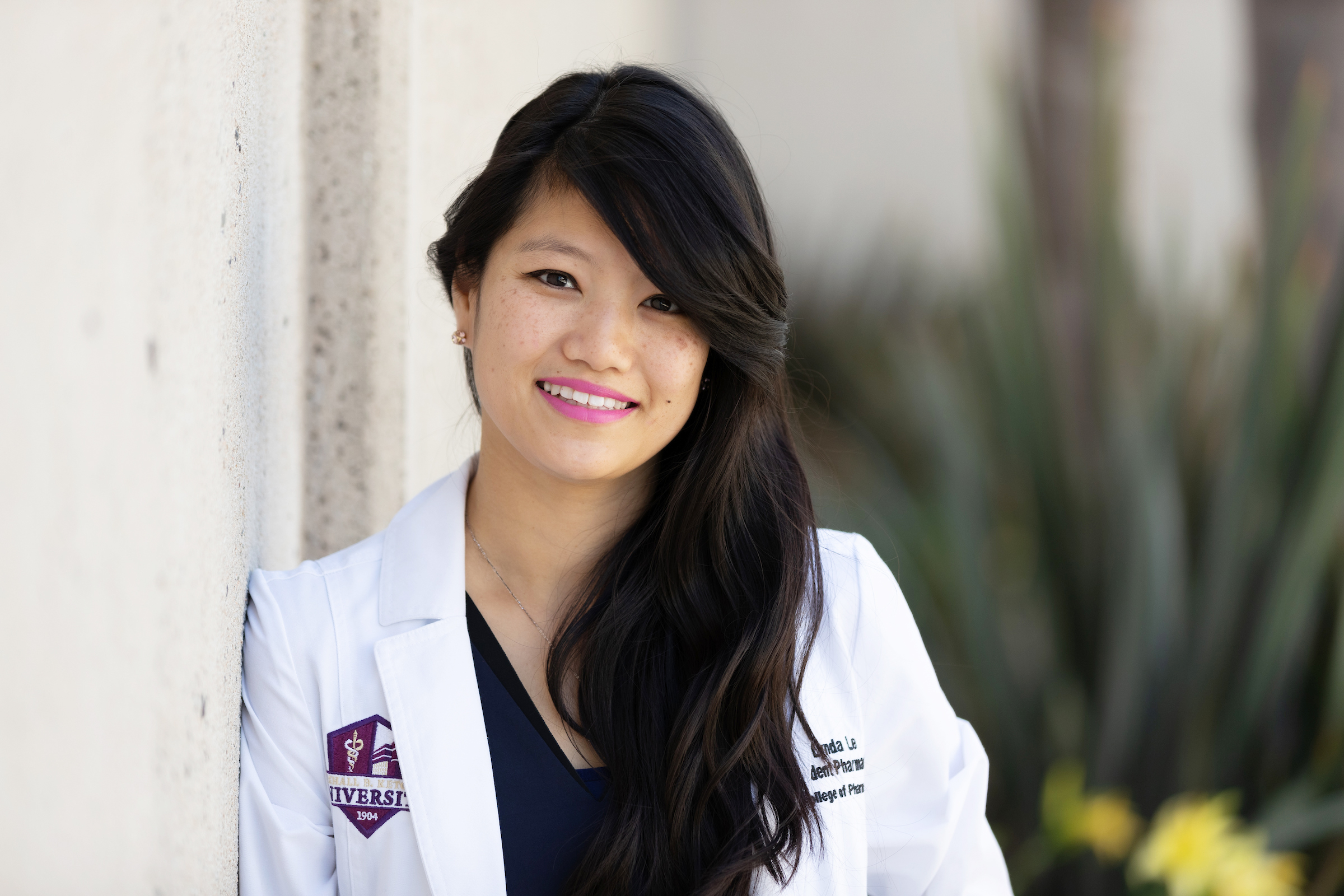 Lynde Le, College of Pharmacy student at Marshall B. Ketchum University, progressed from counseling others about potential careers in health care, to building her own health care career.

Le, a fourth-year student at MBKU’s COP, graduated with an undergraduate degree in biology from Towson University in Maryland in 2009. She went on to work as director of career services at American University of Health Sciences in Signal Hill where she worked finding students jobs post-graduation. When the school developed its pharmacy program, she started setting up affiliations with area hospitals for pharmacy student rotations. The more she learned about the pharmacy profession, the more she liked it. She decided to pursue pharmacy studies.

First in Family to Go Into Medical Field

Le, who is in her third year at MBKU’s COP, is the first in her family to pursue a medical career. She chose MBKU for her studies because it felt like a fit. Her new career choice has not disappointed.

“Because of my background in biology I was very curious about how drugs interact,” she says. Le has since learned more about drug interactions and how to communicate those interactions to patients. And she’s learned much more.

“You have to find your niche, the way you communicate,” she says.

Le says one of the things she loves about a pharmacy career is it addresses a need that impacts people from all walks of life.

“We’re all kind of tied that way,” she says. “At some point, almost everybody goes to a pharmacy, whether you are rich or poor, young or old, athletic or not.”

She plans to work in retail right after graduation but is not yet sure what type of pharmacy she wants to work in long term, but hopes she will have more clarity after her rotations.

Le and her husband, a banker, (she married while in the pharmacy program) like to travel throughout the world when Le has time off from school. They have visited Germany, the Netherlands, France, Switzerland, Egypt and Israel, to name just a few of the countries they have visited. Each place she visits, Le sets aside time to talk to pharmacists in that country, to learn how they dispense, what regulations they are governed by, etc.

Le also enjoys writing restaurant reviews on Yelp – both when she is at home in Southern California and when she travels. She is what is considered a Yelp Elite.

“I like to go around to little towns and big cities alike to eat, then do a quick synopsis and review on Yelp,” she says.

Thinking of Going Back to School? “Do It”

Le, who is in her early 30s, has a message for anyone thinking of going back to school after already having a professional career: “Do it.”

“If anyone is thinking of going back to school I would say ‘do it.’ You will find a way to make it work,” she says. “Age should not hold you back.”

“I take school a lot more seriously, and value the things I learn from it much more than I did when I was younger,” she says.