Mariam Alkawally: From the Frozen Tundra of Canada to the Beaches of So Cal 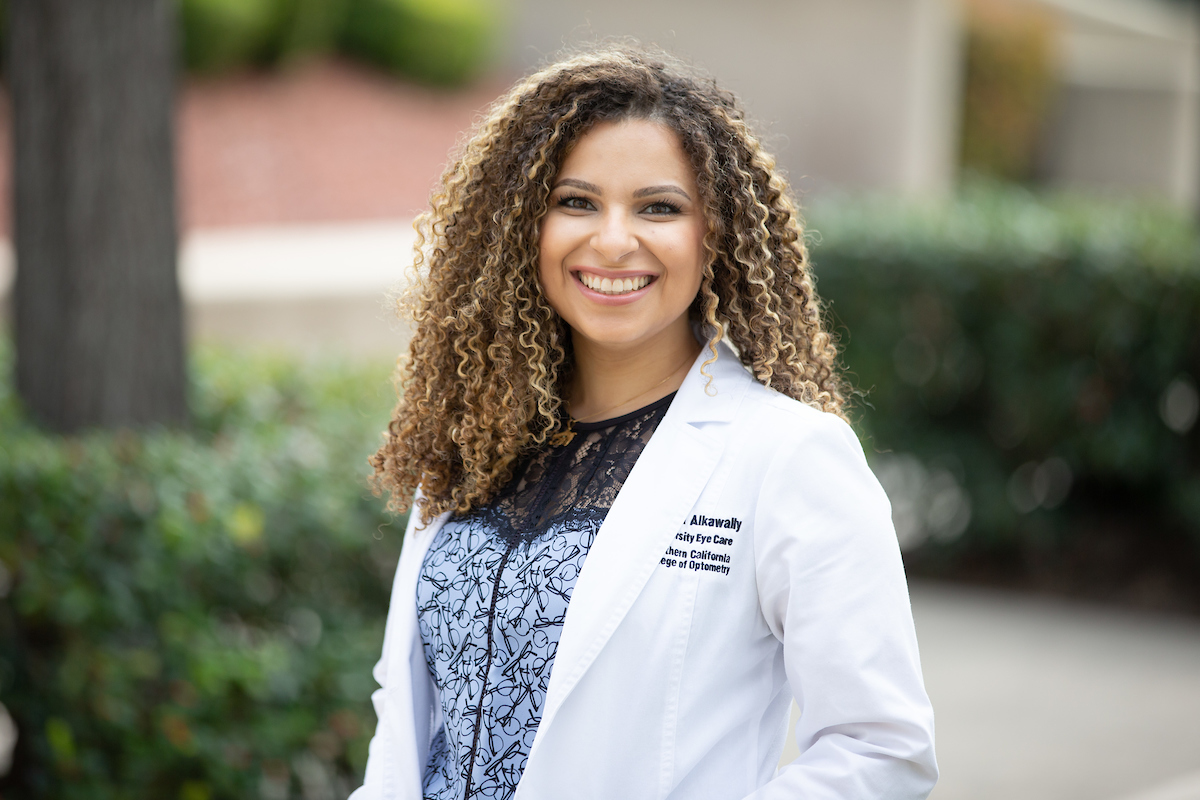 Mariam Alkawally’s complaint about the 64-degree winter weather in Southern California didn’t go over well with her parents in Calgary, Canada where temperatures dip to minus 40 degrees.

“My parents told me to stop complaining,” jokes Alkawally. “It was literally a 100 degree difference in temperature.”

Alkawally is a fourth year student at the Southern California College of Optometry at Marshall B. Ketchum University. She loves SCCO, her professors, and the rigors of the coursework, but freely admits that the warm weather was one of the big draws of the school.

“I knew I needed to be somewhere warm for the four years of study,” she says.

From Saudi Arabia to So Cal

Alkawally’s parents are Egyptian. She lived in Saudi Arabia as a child and moved to Canada with her parents and younger brother when she was 15. She says she didn’t speak English at the time, but learned quickly. She went on to graduate from the University of Calgary in 2010 where she studied Cell, Molecular and Microbial Biology.

After graduation she worked for several years in the research and regulatory industry at a natural health product company seeking product approval from the Canadian government. She says her passion was health care, however, so she shadowed health professionals in search of a fit.

“When I shadowed an optometrist I said, ‘This is it. This is what I want to do for the rest of my life,” she says.”

Mariam toured several optometry schools, but when she stepped onto the grounds of SCCO, she knew she found her fit.

“Everyone is approachable,” she says. “You feel as though you are part of a family. The professors are willing to work with you. You don’t see that at a big university.”

Alkawally especially loves working with patients because “every patient is different, based on their personality, their needs,” she says.

“I like the variety of things you are doing and being on your toes all of the time,” she says.

Alkawally hopes to one day go into private practice, likely in Canada, but isn’t sure in what type of care. She also wants to devote time to research. She is seeking a doctorate in optometry as well as a master’s in vision science.

A Make-Up Artist at Heart

Another of Alkawally’s passions is make-up artistry. She has done make-up for brides and bride’s maids and others.

“I may want to go back home and become a professional make-up artist as a side job,” she says.

She did her own make-up before her wedding to her husband, a civil engineer.

In her free time, she loves to binge watch television shows. She also frequents the beach with her husband.

“You feel rejuvenated and renewed,” she says of the ocean.