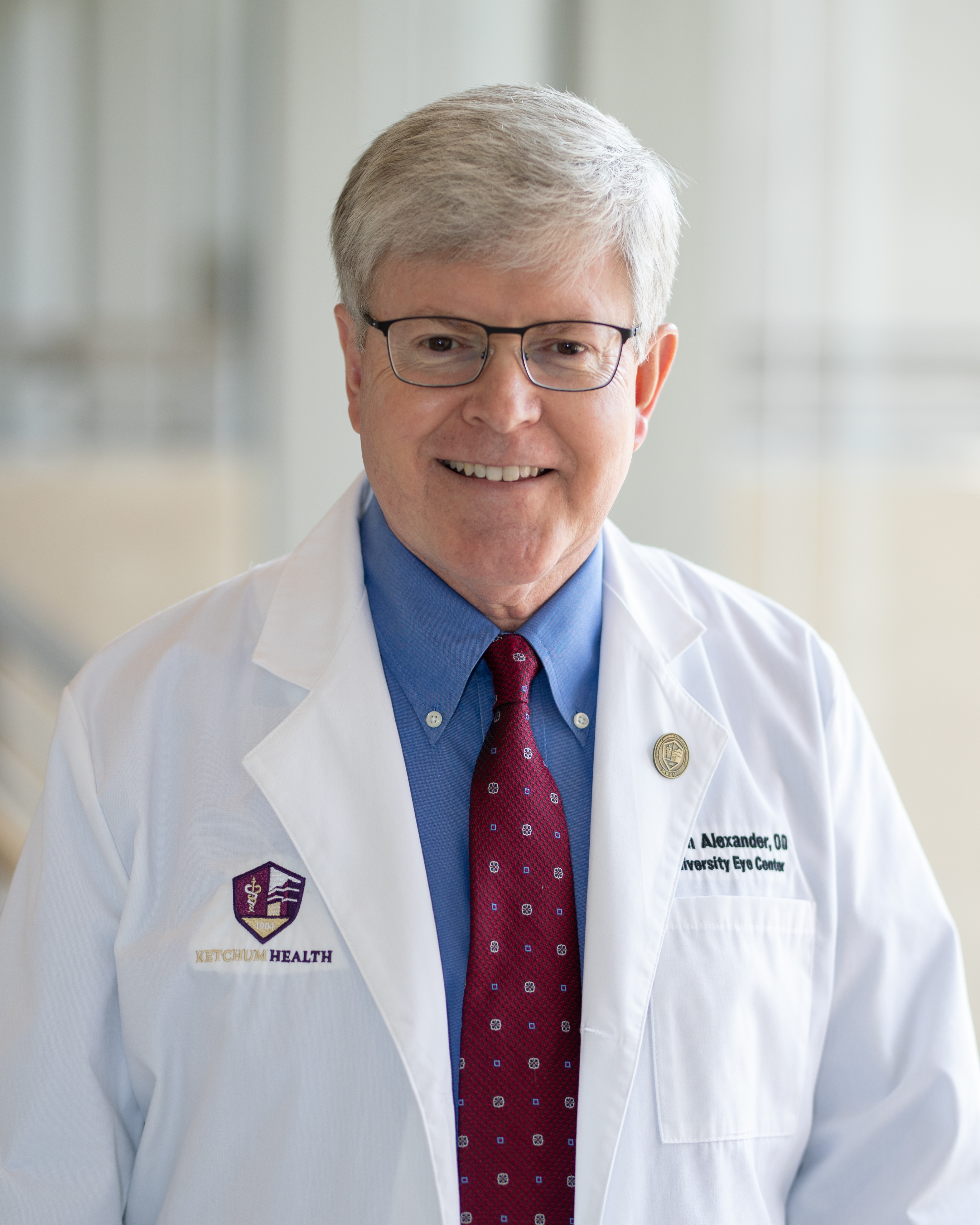 The 2015 hooding ceremony at the MCO at Ferris State University featured MBKU’s president and their former dean, Kevin L. Alexander, O.D., Ph.D. Dr. Alexander left his clinical practice in 2000 to become Dean of the MCO at Ferris State University. Under his leadership, MCO updated the curriculum, added faculty, increased the number of residency programs and began a capital campaign to construct a new optometry building.

“I have to admit, I was a bit shocked when Dean Damari called and asked me to be the keynote speaker,” said Kevin L. Alexander, O.D., Ph.D. “I always figured old deans are kind of like a 1980’s leisure suit – best remembered, not necessarily re-worn.”

Dr. Alexander spoke to the class of 38 graduates and inspired them to take action. He shared with the graduates how he made the decision to enter into the profession and noted that it was because of his actions, he was propelled into a profession that has fulfilled him through his ability to serve others.

“Think about it,” said Dr. Alexander to the graduates. “You can sit on the bank of the river of life and watch as the water goes by, anxiously waiting for some great opportunity to float your way. Or, you can take action, build a raft, jump in and see where the river takes you. A life of action is infinitely more interesting.”

The evening was dedicated to celebrating the academic achievements of the graduates. Dr. Alexander inspired the new doctors to not see their hard work as done, but to use their knowledge as newly minted doctors of optometry to make a difference.

“Any ‘notable accomplishments’ I bring you tonight are the result of my saying yes early in my career when asked to serve our profession or take on responsibility,” stated Dr. Alexander in his address. “One thing leads to another and before you know it, you have lived a life of service to others. Nothing is more satisfying than that.”