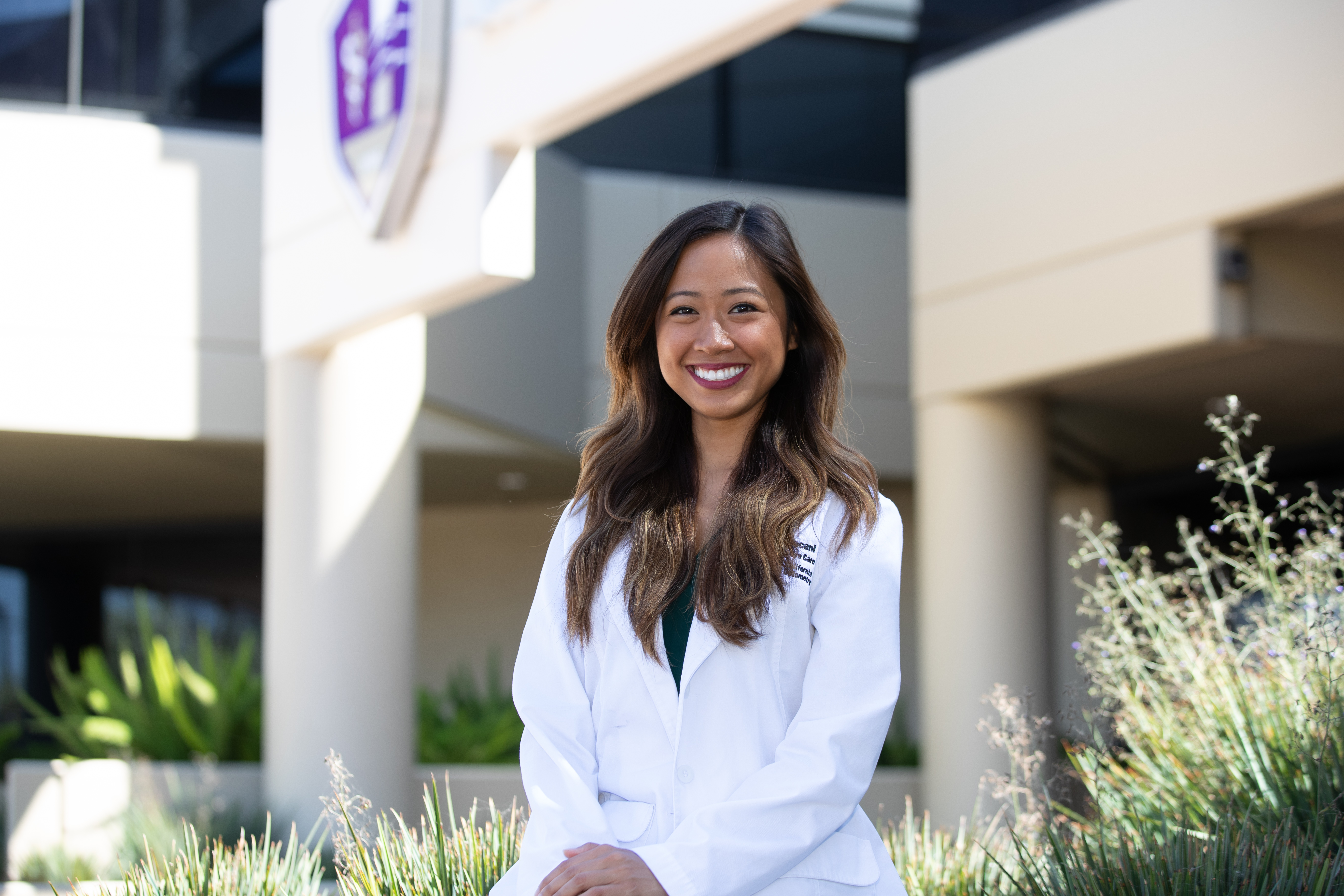 Southern California College of Optometry student, Leslie Bacani, ’20, holds a long list of goals she hopes to achieve as Student Association President at Marshall B. Ketchum University. Her top priority, however, is to strengthen even further the uniquely welcoming atmosphere she loves about the University.

“I always push for positive change,” explains Bacani. “I’m a ball of energy.”

Bacani says MBKU’s strong sense of campus unity is one of the primary reasons she selected the school for her optometry studies. Each professional school strives to build an inviting atmosphere, organizing numerous social events throughout the year. The University also sponsors numerous activities, such as the campus-wide barbecue at the launch of each school year. Bacani says she wants to build on that energy and organize even more campus-wide events.

“I want to help further develop interprofessional camaraderie among the three schools,” she says.

Bacani served as class president her first and second year at SCCO. Students in the SCCO Class of 2020 nicknamed themselves the “Eye-Lympians,” punning on the word Olympians because they started school during the 2016 summer Olympics and will end it during the 2020 summer Olympics. They also call themselves a “fam-eye-ly” (another pun on optometry studies). The student bonds are strong, she says.

“We’ve done such a great job creating this family-like environment,” she says. “I think that’s important in this kind of a program. We get to know each other in ways that we didn’t expect…We have late night practice sessions where we use each other as guinea pigs patients. We’re always consistently there for each other.

“And despite the curriculum, which is intense and stressful and hard, the fact that we are always there for each other is a unique highlight of the program that I am in,” she says.

Professors at SCCO also work to create a welcoming environment, she adds, making themselves available to students and working to create dynamic courses.

Bacani says she is excited to serve as Student Association President and hopes to build on the already-existing welcoming environment.

“Leadership is a huge passion of mine,” she says. “As Student Association President, I basically make sure student voices get heard.”

From Fashionista to Optometrist

Bacani says she always aspired to be a medical practitioner, but didn’t know exactly which area of medical practice she would enter. Her future came into sharper focus the summer before her freshman year in undergraduate school. Her church showed a film about an overseas mission trip by medical professionals and featured footage of a young boy being fitted with glasses for the first time.

“The expression on his face was priceless,” Bacani says. “And I thought – ‘Can you imagine literally helping someone to see?’”

On the drive home from the church, Bacani says she told her parents she might want to study optometry.

“That was such a defining moment that helped to tailor my career choice adventure,” she says.

Bacani studied biology at California State University, Fresno and applied to several optometry schools after graduation. She said when she visited SCCO, she immediately loved the collegial atmosphere.

“SCCO nailed it on the spot,” she says. “Every interaction I had with the school was positive.”

As former Class President, and now Student Association President, Bacani is certainly busy. Her full life doesn’t stop her from embracing another of her passions – fashion. She prides herself in putting together striking outfits. Few people know that several years ago she actually won a Teen Vogue style contest.

Bacani says she plans to embrace her inner free spirit after graduation and follow where the wind takes her. She plans to apply to private practices in several cities across the nation.

“I am looking for a place that is up-and-coming,” she says, adding that eventually she hopes to open a private practice in a growing city.

“There’s this free spirit in me that wants to see what’s out there,” she adds.