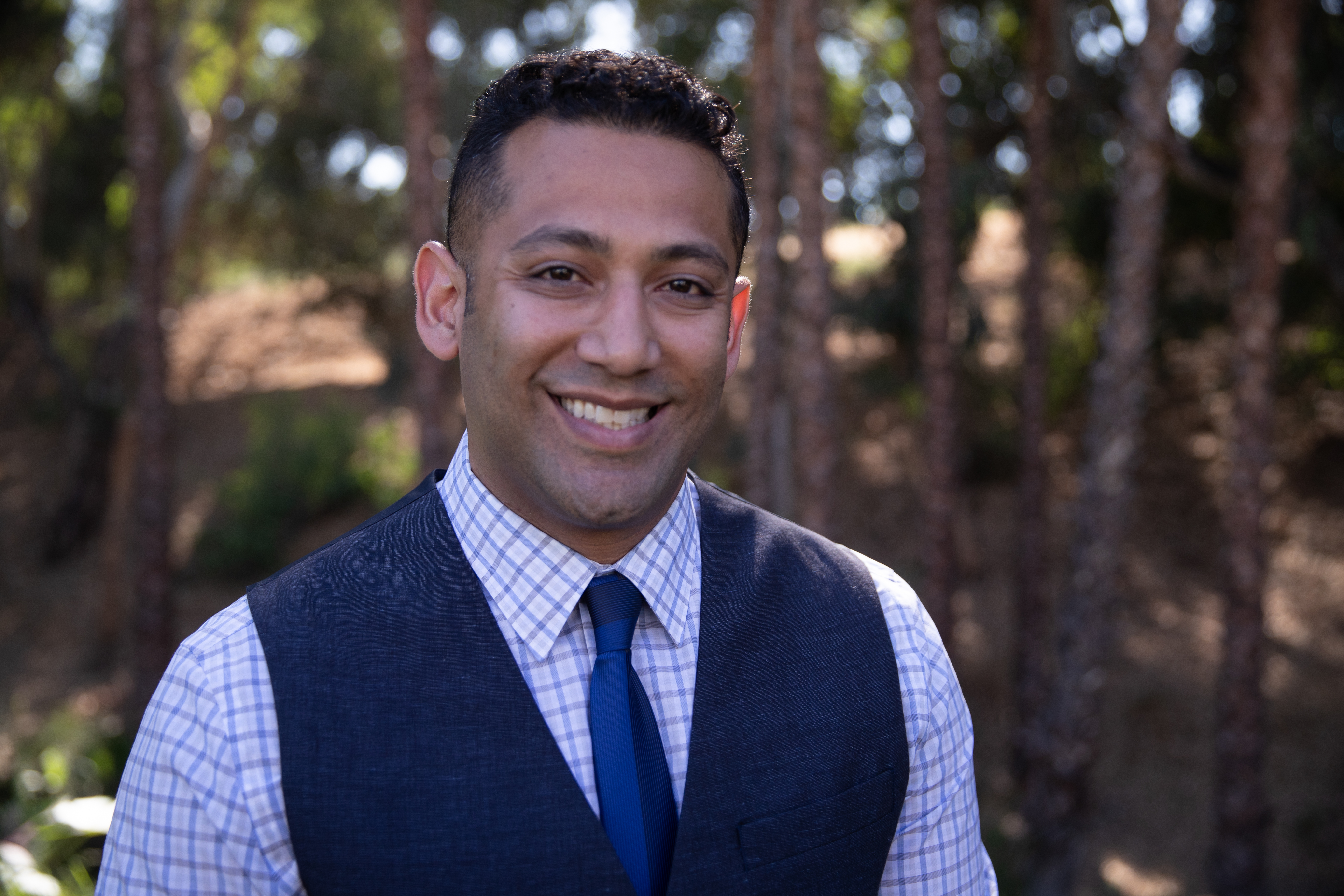 Michael Bux, Marshall B. Ketchum University’s School of Physician Assistant Studies, ’19, has seen the life-saving power of medicine firsthand during his tenure as a Navy Corpsman and as he traveled throughout Africa with his mother, a nurse.

“Medicine has always been a big part of my life,” says Bux, who adds that he considers himself to be “living the dream” as he studies at the University’s School of PA Studies.

“I love everything about the University,” adds Bux.

During his tenure as a Navy Corpsman, Bux practiced combat medicine in the Iraq War from 2006-07.

“It was war. Bad things happen. You lose good people,” says Bux. “But I’m glad everyone in my platoon made it back.”

An Epiphany in a Refugee Camp

That wasn’t the first time Bux experienced the ravages of war. As a child growing up in Kenya, he often traveled with his mother, a nurse, to war-torn countries as she worked. He traveled to Somalia during the famine and civil war. It was there, during a visit to a refugee camp with his mother, that he experienced an epiphany that led him to enter the medical field.

“There was a little girl, and she smiled and waved to me,” he says. “When she turned, I could see that the side of her face was collapsed. I remember thinking – ‘I want to fix that.’ Right then, I knew what I wanted to do with my life.”

Bux moved to Colorado when he was about nine years old. He joined the military in 2004 and studied combat medicine in the Field Medical Service School.

Corpsman receive more advanced medical training than Army medics. Their training as an Independent Duty Corpsman allows them to write prescriptions, similar to a PA in the civilian world.

Bux served as an active duty Navy Corpsman from 2004-2013. He was stationed at 29 Palms Marine Base in San Bernardino County from 2005-2009.  He received a dual bachelor’s degree in athletic training and allied health sciences from Pt. Loma Nazarene University. Bux still serves in the Navy Reserves.

MBKU is a Great Fit

As for his decision to attend MBKU’s School of PA Studies, he says he has never questioned his choice. The school has been everything – and more – than he had hoped.

“I like the close family feel between the classmates and the faculty,” he says. “It’s nice to know that I can walk into a faculty office and they really do have time for you.”

“I like learning that way because it keeps things focused,” he says. “It all falls into place … and after you pass the test, you have a built-in break. You don’t get that burnout.”

He also says he believes the program’s use of objective structured clinical examinations is a highly effective form of assessment and training.

“It teaches us how to assess a patient and develop a treatment plan,” he says.

Bux says he is not sure where he wants to practice medicine when he graduates. He plans to stay in the reserves, perhaps travel overseas for his work, and possibly help out at a refugee camp.

Traveling is a huge passion for him. He has backpacked in Kenya, Morocco, Spain, the Netherlands, France, Italy, the United Kingdom and Mexico. He hopes to do more of that.

“I’m still kicking things around in my head,” he says of his future professional plans.