More Than A Gift: Dr. Henry Oster And His Journey To Freedom 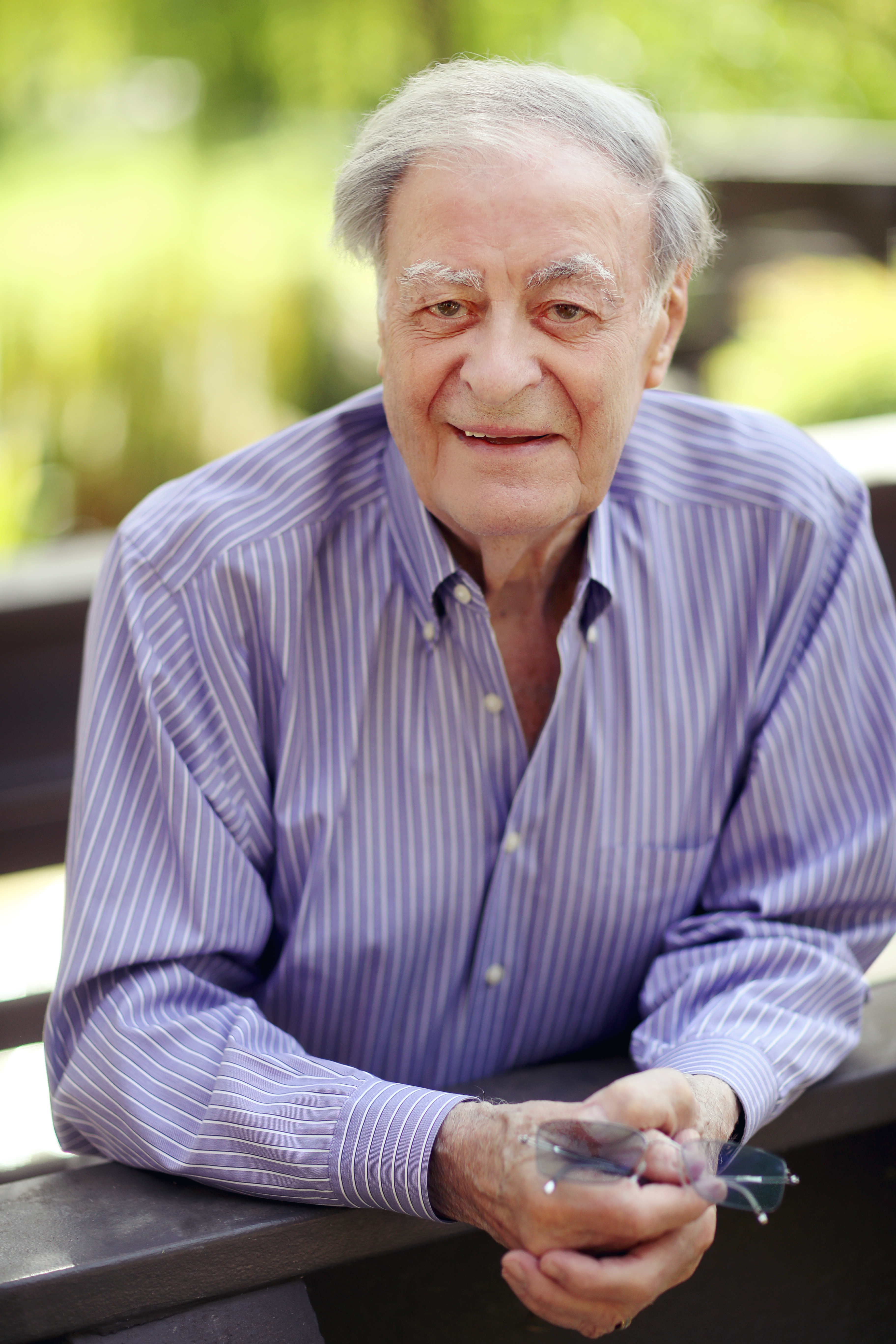 Born to a Jewish family in Cologne, Germany, in 1927, little Henry Oster’s early life was filled with warmth and love. An energetic and curious child, he was the only son of two doting parents. One of Henry’s earliest memories is of accompanying his father on a special excursion to the voting booth to cast a ballot in the 1933 German national election, and then going out for a whipped-cream treat afterward.

That was the election that brought Adolf Hitler to power.

By the age of 13, Henry Oster was imprisoned and starving in Auschwitz, brutalized, broken and barely alive. By that time his father had been worked to death in a Polish ghetto. His mother had been ripped from his arms and murdered in the gas chambers of Birkenau. None of his 36 other family members living in Germany at the start of the war survived. He himself was marked for death — literally — with a tattoo on his forearm: B7648.

How does one explain a man who decides, almost as a matter of course, to repay unspeakable cruelty with generosity? Who takes every day granted to him as an opportunity to embody the gratitude that comes with survival, honoring others with his kindness, patience and goodness?

On April 11, 1945, when American GIs from Gen. George S. Patton’s 3rd Army rolled into Auschwitz on tanks at the end of the second World War, Dr. Henry Oster took the new life they gave him that day and devoted it to others, wholly and remarkably, through the profession of optometry.

A New Life in America

Upon his liberation, Dr. Oster came to live in America with his Aunt Bertie and Uncle Herbert, the only remaining members of his family. He arrived in Los Angeles with little more than his relief in being alive, and immediately began learning English, working in his uncle’s automobile service station, and finishing his education. Shortly after completing his degree at UCLA, unsure of what path to take but convinced that a responsible career should be in health care, he saw on the side of a streetcar that once ran along Jefferson Boulevard in LA an ad for the Los Angeles College of Optometry. “I had a classmate who planned on following his father into the profession of optometry,” Dr. Oster recalls. “He was a smart guy, so I thought, what the heck, I’ll make an application. Six weeks later I was at Los Angeles College of Optometry with no idea what an optometrist was.”

He was a quick learner. A few weeks after Dr. Oster completed his education and acquired his license, he was invited to join the staff at LACO. Initially, he demurred, making the fair point that he was not a teacher. But the Dean at the time, Charles A. Abel, convinced him. “He told me, ‘You have demonstrated enthusiasm, conviction and an appreciation of optometry. We want that spirit to be conveyed to our students to come,’” explains Dr. Oster. Often graduates who came back to teach did so for only the time it took them to establish their practice, usually a few years. Dr. Oster taught at Los Angeles College of Optometry and Southern California College of Optometry for 25 years.

It turns out Dean Abel had been prescient, for the traits he had identified in Dr. Oster – enthusiasm, conviction and appreciation of optometry – were traits that Dr. Oster embodied his entire career. He opened his private practice in Beverly Hills, and set himself to the task of helping as many people as he could to see better, irrespective of their socioeconomic status. In the 1960s, Dr. Oster volunteered for a City of Los Angeles program designed to provide vision services for low-income residents, and for the next 50 years, it became a substantial part of his practice. Multiple generations of families went to Dr. Oster to have their eyes checked, often whether they could pay or not, a fact that contributed to Dr. Oster’s being called “Dr. Freebie.” When they couldn’t get to him, he went to them, reserving Saturdays and Sundays for house calls. He went with a car trunk full of lightbulbs. “They were often trying to save money, so they’d only have one or two bulbs,” explains Dr. Oster. “It was as dark as a dungeon. I changed lightbulbs like crazy, and it was an immediate revelation. They could see!” With his portable optometric equipment, Dr. Oster was able to tailor his care to the specific needs of his patients, even adjusting their prescriptions to the precise distances from themselves to the televisions in their living rooms.

More Than A Gift

For more than 50 years, Dr. Oster practiced optometry like this, giving generously of his time, expertise and good humor, serving low-income populations and volunteering at Cedars-Sinai from 1957-2007. When asked how a man from whom so much had been taken could be so abundantly giving, his reply is simple: “I only had parents for 12 ½ years, but they taught me to be generous and good and kind. Yes, in Auschwitz the body was abused, but the mind was private property, and I’ll be damned if anybody’s going to mess with that!”

In the face of inconceivable brutality, Dr. Oster protected and restored the goodness of his mind, and his heart, and channeled it into helping others through the profession of optometry. He is grateful for the opportunity. “Optometry has been more than a gift to me. It was joyous to teach at SCCO for 25 years, and to be a part of the College’s growth, along with the development of the profession itself. That was the ultimate privilege. Optometry was my second rebirth. April 11, 1945, was my first. To come here with nothing and then find for the rest of your life, a purpose – I would not expect anybody to understand. When you have a bleak future, and something comes along and alters that, how can you not feel indebted?”

of Henry Oster’s story, look for his memoir The Kindness of the Hangman by Henry Oster and Dexter Ford on Amazon.com.