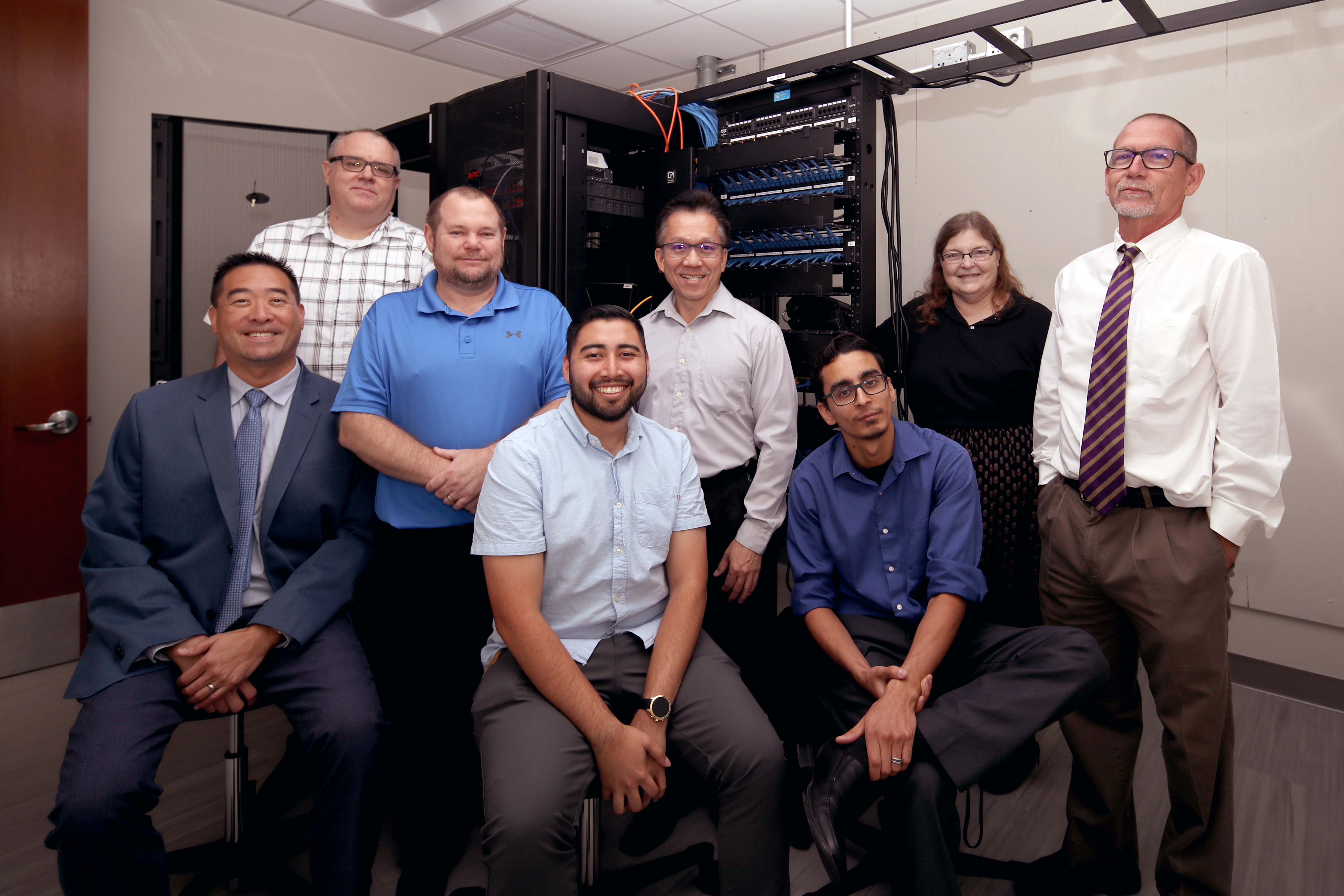 As a young man, Sam Young wanted to be a doctor. In college, he enrolled in pre-med prerequisites, studied hard for the MCAT, and got himself ready for a career committed to caring for the health and well-being of others.

There was just one problem. “I’m actually a germaphobe. I’m proud to say that,” claims Sam with a laugh. “I realized I wouldn’t last. I ‘flunked out’ pretty soon. But it’s always fascinated me, the medical procedures and the diseases. As long as I don’t touch it, it’s pretty cool.” This fascination with the world of medicine is significant because it’s one of the factors that drew Sam to Ketchum after 25 years of providing technical support and managing IT departments in financial institutions and corporate settings. His position as Marshall B. Ketchum University’s Director of Information Technology finally affords him the opportunity, in one sense, to be a health care professional.

Of course, many of the terms we use to speak about technology come from and overlap with medical terms – think of your computer having a "bug" or "catching a virus" — and while Sam makes no claim to the vast knowledge medical professionals possess and the hard work it takes to acquire it, the richness of the analogy is not lost on him. He and his team of seven IT support technicians manage the care of a large organism, so to speak, and protect the health and wellness of multiple, interacting systems, each of which has a number of potential "pathologies."

Medical school wasn’t the only detour on Sam's path on the information technology highway. He originally studied mechanical engineering, receiving a degree in that field from UC Irvine, but soon found that this gave him a strong foundation for success in IT. “Even though I never became an engineer, it helped me prepare for the IT world,” says Sam. “It taught me how to work as a team and how to think of the analytical way to design and build systems.” Many of the other individuals who comprise the MBKU IT Department have a similar story, finding their way to IT through a variety of paths. “Most of us didn’t start a career with IT in mind. Our backgrounds include an auto mechanic, two engineers, a person in the animal sciences, and a few entrepreneurs. Our diversity gives us strength, because our different skills and personalities complement each other.”

One of the IT Department’s largest challenges was working together to "reverse engineer" a knowledge of how MBKU’s previous IT department built and supported its technology infrastructure, as they upgraded a number MBKU’s technologies, among them the Student Information System and the entire wireless network. They have also paved the way for the adoption of new technologies, like the new electronic health records platform. This is all at the same time that his small team balances the support of more than 700 students, 200 employees and nearly 1,000 computers on campus.

Sam does all this with a mind toward what is most important, which is not necessarily the technology as much as it is the person attempting to use it. “Our daily challenge is not just fixing or managing technology, but managing users,” he says. “So, yes, we try to be computer doctors and fix the computers, but just as important as fixing the issue is just talking to the user, and making them feel like the technology is going to work for them.”