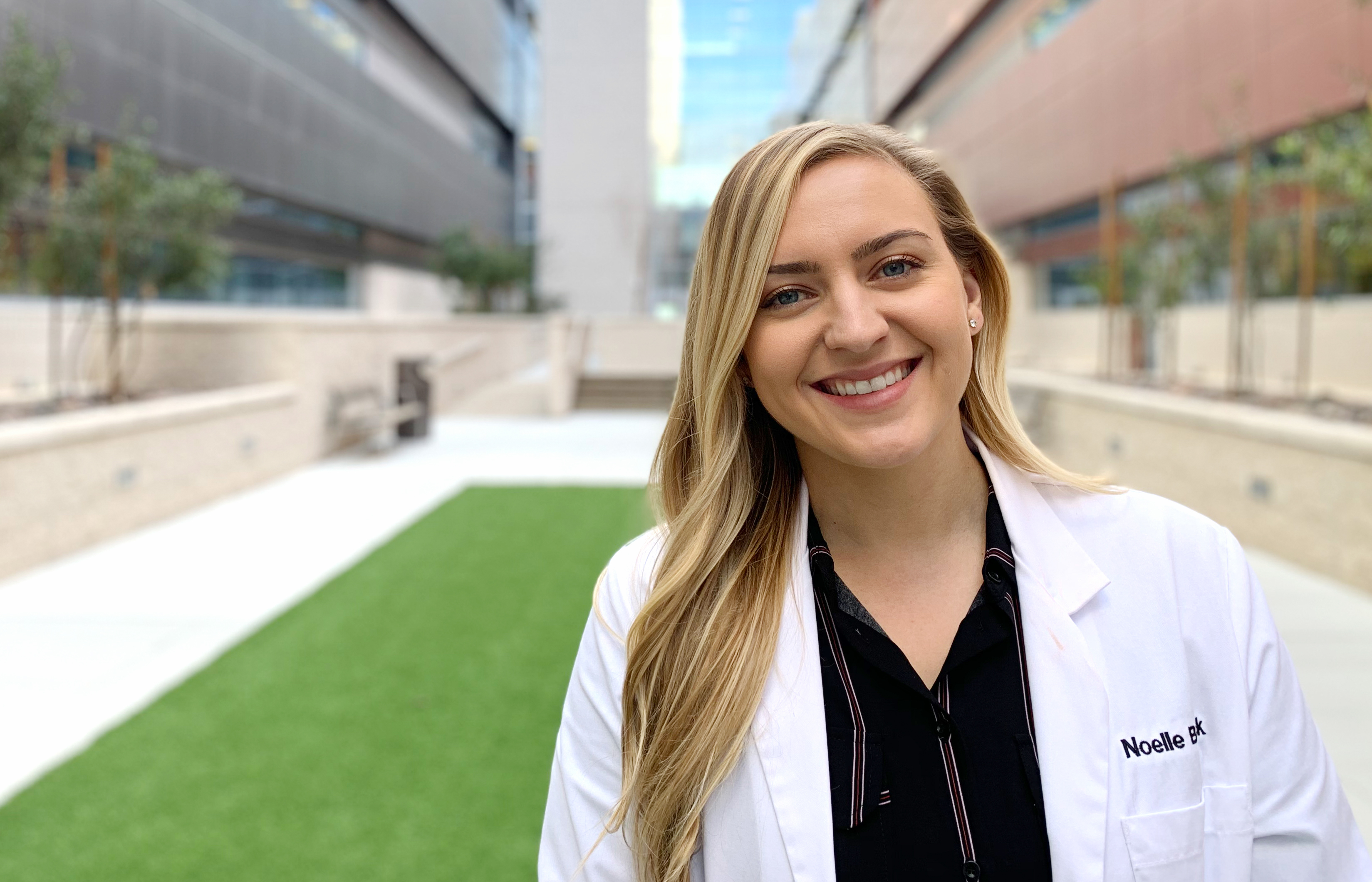 When Noelle Bock asked her father’s friend to allow her to shadow him for a few days as an optometrist just before she began college as an undergrad, she wasn’t just getting exposed to an exciting potential occupation. She was also unofficially becoming connected already to SCCO’s vast network of alumni who are invested in helping the next generation of optometrists. The experience was so positive that Noelle completed her undergraduate education with the goal of becoming an optometrist, and, as a native of Orange County, she was able to attend SCCO open houses and connect with SCCO when they visited her undergraduate campus. When it finally came time for her interview as a prospective student, she felt so right about attending MBKU that she went out and cancelled the rest of her interviews elsewhere. “It was the students,” she says when recalling why she immediately felt at home. “I saw myself in them. They were happy and well-balanced and I could tell that they really loved being there.”

Now as an SCCO student herself, Noelle has enjoyed that sense of belonging, as well as a continuation of the support she first experienced before she ever enrolled. For a number of her clinical rotations, she was matched with opportunities that gave her the chance to thrive and also allowed her to see how her education matched up. “My main area of interest is in contact lenses,” she says. “So I spent time on rotation in a specialty contact lens clinic. There I got great feedback on how I and other Ketchum students were always really prepared in terms of our knowledge and skills. We have a lot of experiences that others don’t have.”

One of the ways Noelle and other MBKU students receive this experience is through opportunities to serve the community, which Noelle took as often as she could. She volunteered to help SCCO’s vision screenings in partnership with the Special Olympics, and she also accompanied faculty and student volunteers for mobile vision screenings at area elementary schools. In addition to valuable practice, events like these allowed Noelle the chance to help the community in tangible ways with the skills she’s learned.

A Plan to Give Back

Since an alumnus played such a large role in Noelle choosing to become an optometrist and coming to SCCO, it is fitting that one of the scholarships she’s most grateful for is the Alumni Association Scholarship. It was easy for her to write in her application about how she herself planned to be an involved alumna, particularly with such great models to emulate. “I am so thankful to receive that scholarship and others,” she says. “Particularly as a fourth-year, with the extra costs associated with boards, residency applications and state licenses. These scholarships help us jumpstart our future, participating in state and national organizations. And it makes you want to give back yourself when you’re able.”