PA Martin Holt: Sharing His Passion for Working with the Underserved 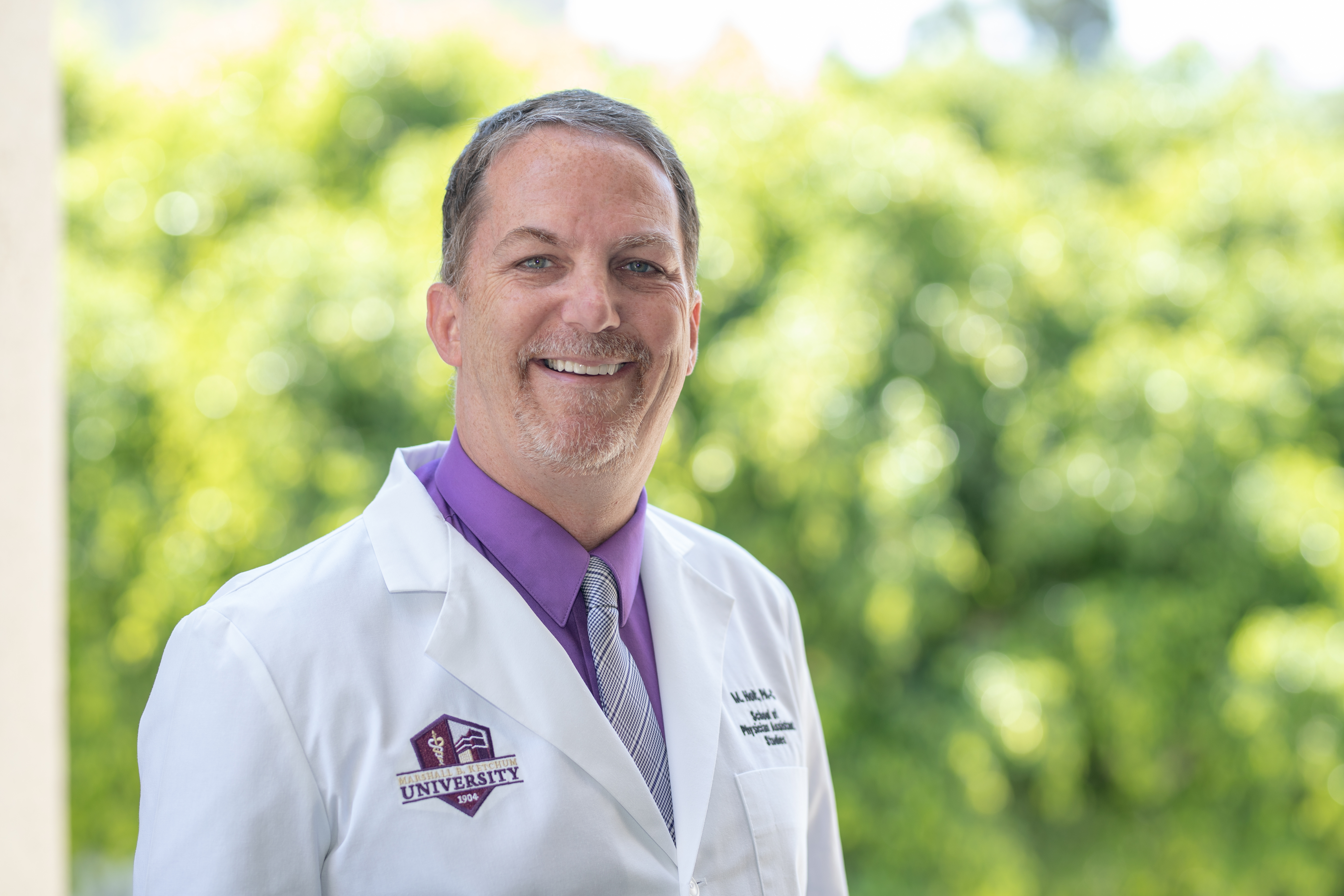 PA Martin Holt found his calling while serving as a medic in the U.S. Air Force during the first Gulf War. Now he shares that passion with his students at the School of Physician Assistant Studies at Marshall B. Ketchum University.

“I feel very strongly about giving back and what better way to give back than to pass on to the next generation of PAs coming up what I’ve learned,” PA Holt says.

During the first Gulf War, PA Holt worked alongside a skilled medical professional -- a doctor he presumed --- who had amazing rapport with his patients and performed an array of medical procedures.

“I called him doctor one day and he said he was a physician assistant,” says PA Holt. “I didn’t know at the time what that meant.”

PA Holt found out more about the profession and decided it was something he wanted to pursue. He was prompted, in large part, by how impressed he had been with the compassionate, professional care provided by the PA he worked with in the Gulf War.

After completing his military service in the U.S. Air Force, PA Holt studied at the Stanford University Primary Care Associates Program and became a PA.

Fast forward a couple of decades and PA Holt is practicing that same level of compassionate, professional care with underserved populations in Fullerton while passing the torch of his knowledge to students at MBKU’s School of PA Studies. He says he is honored to have the opportunity to serve both patients and students.

A Long History of Serving the Underserved

PA Holt grew up in a bilingual home – speaking both English and Spanish. His mother immigrated to the United States from Mexico before he was born. She settled in Anaheim after marrying his father.

For more than 19 years, PA Holt has served the underserved in the North Orange County Regional Health Foundation community clinic in Fullerton. The population is primarily Latino and low income. He speaks Spanish daily. He also has grown close with his patients over the years and is often invited to attend their weddings, baptisms, graduations and other big life events.

“I see my patients when they are just the size of a quarter on an ultrasound to when they graduate high school and beyond,” he says, adding that for most of his professional life he has served the underserved.

“They’re very grateful for the care we give them,” he says.

During his time at the clinic, PA Holt has consistently volunteered as a preceptor, working with PA students giving them an up-close look at the day-in and day-out rhythms and challenges of the profession.

“I’ve long been an advocate of the PA profession,” he says. “I’ve always had students rotate with me,” he concludes.

PA Holt guest lectured at MBKUs School of PA Studies and eventually was asked to join the faculty in the fall of 2016. He serves as Assistant Director of Clinical Education, recruiting preceptors, vetting them, and doing site visits with students. He also lectures. He works four days a week at the University and maintains one day a week at the clinic. “I’m very lucky that the school is supportive of us continuing to practice medicine,” he says.

PA Holt also is grateful to MBKU for its commitment to serving the underserved.

“It’s neat that the University has the same goal …. of helping those that are in need,” he says.

Working with students in low-income clinics is the best way to pass on the nuances of best practices and the skills needed to wade through difficult issues in serving this population, he says.

“A lot of these patients don’t have insurance, so we ask questions like – ‘Do we prescribe them the most expensive medicine and they won’t be able to pay rent?’” he says. “’Or do we choose a less expensive medicine?’ It’s about managing the best we can with the limited resources we have. That is something that can’t be taught from a book.”'

He hopes to pass this knowledge on to as many students as possible.

PA Holt describes himself as “just a normal guy” who likes to snowboard, hike and paddleboard with his girlfriend Julie. He’s also “just a normal guy” – he says – with a second degree black belt in karate – something not many people in the sport attain. He is committed to the sport.

“I believe if I can reach as many students as I can and pass on what I’ve learned in my career, we can have a better future of medicine,” he says.