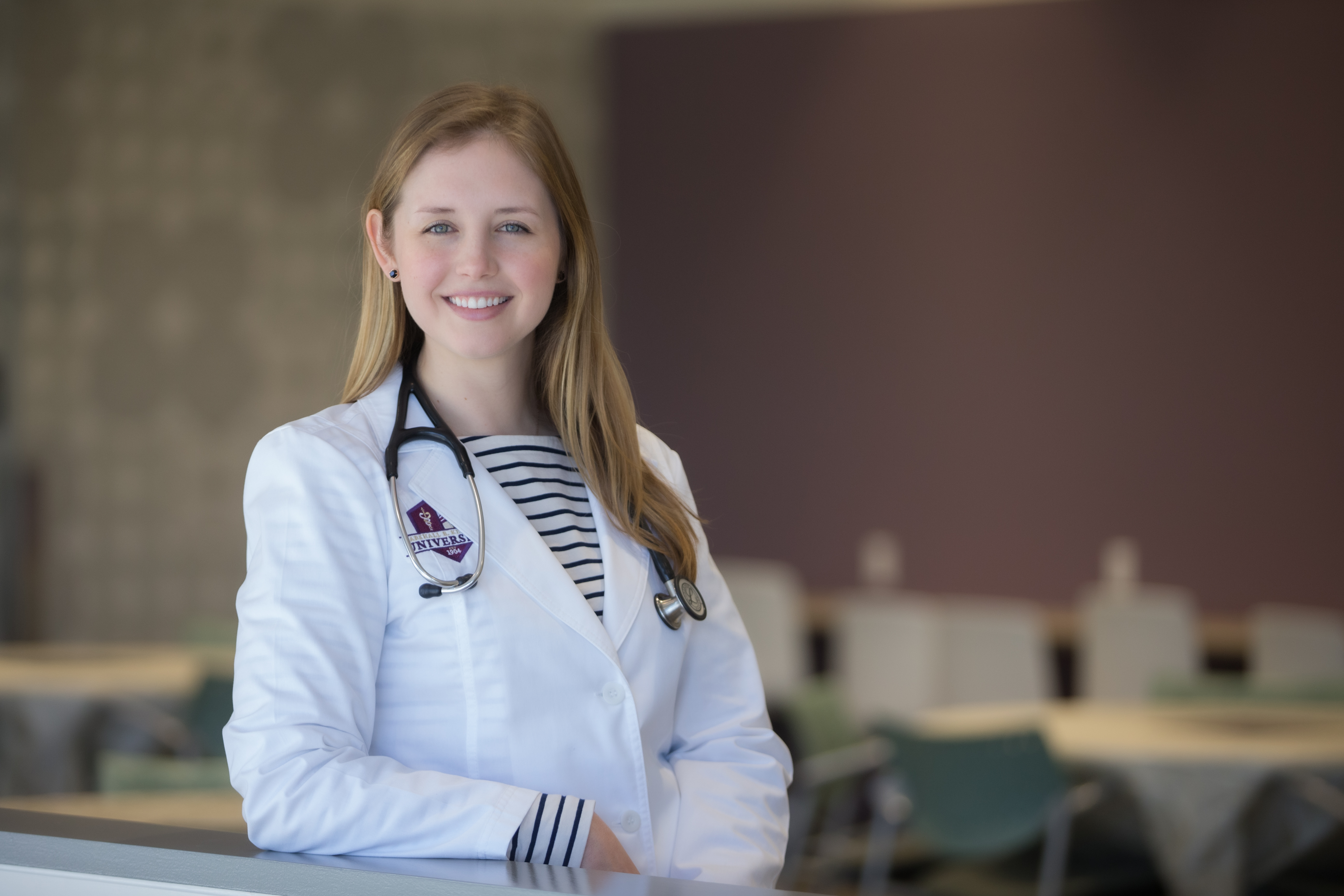 Around the time Ashley DeYoung started high school, her grandmother moved in with Ashley's family. The combination of her grandmother's inspirational influence — she had been a nurse for 40 years — and witnessing firsthand the care her grandmother received as she battled Parkinson's, drew Ashley toward a career in the medical field. Naturally, she decided to become a doctor.

As she began working toward that goal, choosing a pre-med major and working as an ER scribe, a few factors began to cause her to reconsider. One was a number of friends who began studying to become PAs, but more significantly was the care she herself received as a patient of a PA. As Ashley researched the profession, she discovered how closely it aligned with what she wanted to accomplish as a health care provider.

In addition to a profession that was a better fit, Ashley discovered a school that was a great fit. Marshall B. Ketchum University was small and personal, a place where she immediately felt at home and where she was able to develop meaningful relationships with her professors. Ashley also appreciated MBKU making community engagement a clear priority. “The very first week of orientation, after learning about all the basics, MBKU had us volunteer at a food drive, where we packed 1,200 boxes of food to the Orange County Food Drive. To me, that really set the tone for the program, that it’s one based on service. I knew that MBKU was the school for me.”

This was extremely important to Ashley because she has always intended to use her position as a PA to help and connect to others across the globe, and at MBKU she's already had the opportunity to do this.

In August of last year, Ashley had the privilege of joining SPAS Medical Director, Dr. Daniel May on a medical mission to the country of El Salvador, where she was able to see collaborative patient care up close and personal. In addition to Dr. May, Assistant Professor Erin Salcido and other Ketchum students, Ashley worked with nurses, nurse practitioners and ER physicians to provide care for close to 1,500 patients in just four days, many in remote communities. It was the model of health care that drew Ashley to the PA profession and then to MBKU, and it’s the model Ashley intends to embody as a provider.