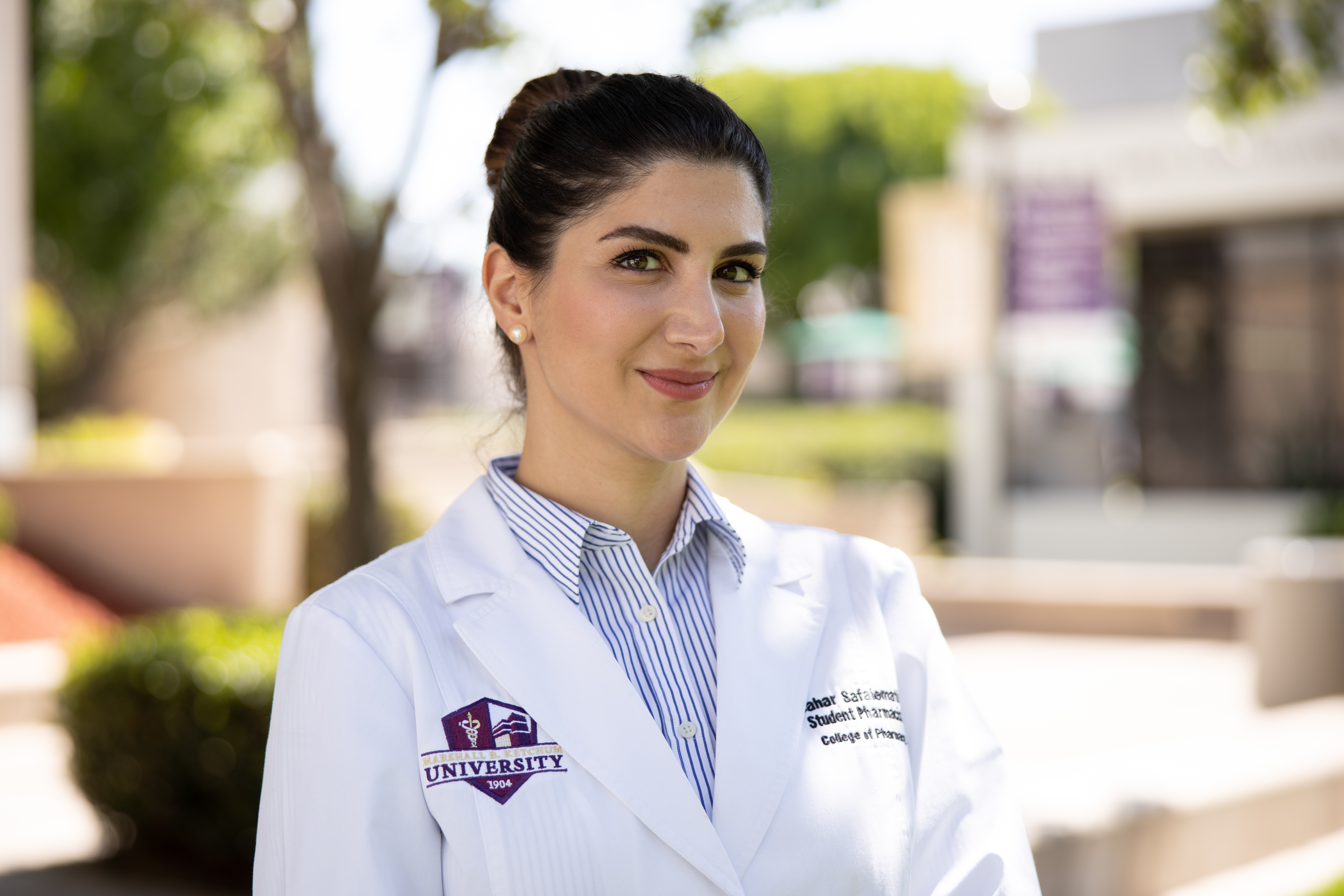 Last year, MBKU College of Pharmacy student Sahar Matin was selected as one of only 40 nation-wide recipients of the Tylenol Future Care Scholarship. The award is given to students in the field of health care who have displayed academic excellence, exemplary leadership, community involvement, and dedication to a career in helping others. It is one of the most prestigious scholarships in the nation and a true testament not only to Sahar’s merit and hard work, but also to the very high level of student that MBKU has the privilege to educate.

Sahar certainly earned it. In addition to demonstrating academic distinction in her course of study, Sahar has hundreds of hours of community service, most significantly at a local hospital in Calif. She is enrolled in MBKU’s Student Leadership Development Certificate program, and has served in numerous leadership positions on campus, including as Student Executive Council Treasurer. She has a long list of involvement in professional organizations and other leadership activities, as well as a long list of awards recognizing her for that involvement.

Sahar pursues every single avenue towards success as a future health care provider because the role is extremely important to her. It is so important to her because she is following and honoring the example of a tremendous health care provider whom she knows personally and whom she was able to witness first-hand deliver care in circumstances of almost unimaginable pressure.

Sahar is originally from Iran, and as a first-year college student in 2003, she accompanied her aunt, a registered pharmacist in Iran, on a humanitarian mission to deliver aid to the remote region of Bam, where an earthquake had injured or killed tens of thousands. The experience of administering quality health care without many of the medical resources available in more affluent places stayed with her, and watching her aunt, who was acting as an interprofessional provider out of desperate necessity, was profoundly formative for Sahar. She decided to become a pharmacist, too.

The Tylenol Future Care Scholarship obviously provides Sahar with funds towards tuition, but more than that, it is affirmation that her hard work on the path to pharmacist is being recognized – and that MBKU is being recognized as well. “I owe a lot of my success to MBKU,” says Sahar. “I will do anything in my power to make MBKU known nationally or locally. I want to make sure a lot of professionals around the nation know how wonderful MBKU is as a health care educational institution.”