Seeing Art in a New Light 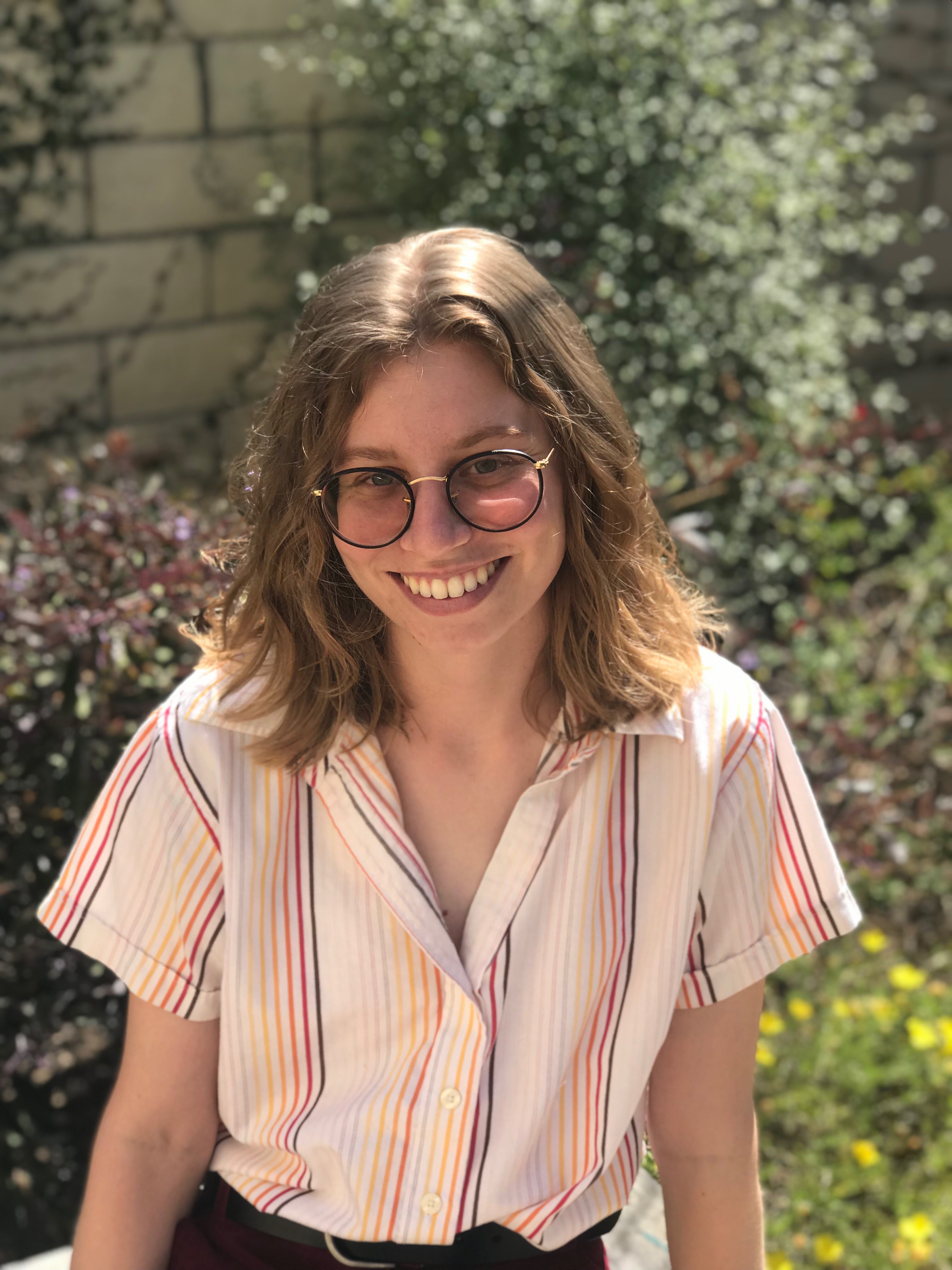 If you have ever been discouraged or misunderstood, you know exactly how Sage Homan-Muise felt for most of her life. This 21-year-old college student has lived with a misunderstood vision condition all of her life — until a few short months ago. Since Sage was an infant, her family had taken her to various eye doctors and low vision specialists to address a vision issue that was a mystery to most, only to walk away with many unanswered questions. As a child, she was diagnosed with congenital nystagmus, a condition that involved involuntary, rhythmic eye movements, but that diagnosis did not explain everything about her vision and the challenges remained. Sage seemed to fall into a grey area when it came to her vision — she wasn’t legally blind, but she did not have perfect sight either. By the time she reached kindergarten, she could not read the board in the front of the classroom. It wasn’t until her senior year in high school that she was referred to the California Department of Rehabilitation where she was set up with a vision exam and a technology assessment. Sage was given an iPad for special learning use — but the challenges with driving and everyday life remained a hurdle.

Fast forward to February 2019, when the California Department of Rehabilitation connected Sage with The University Eye Center at Ketchum Health. She recalls her first appointment at Ketchum Health. "This was an emotional turning point for me. I wasn’t treated like a sighted person; I was finally treated like a low vision patient I always felt I was.” One of the first people she met was Wayne Heidle, Assistant Professor and Director of Community Relations, who gave Sage a tour of Ketchum Health’s facilities. She and her mother held back the tears. The mother-daughter duo, who had endured so much for 21 years, were exposed to the overabundance of technology and applications specialized for low vision patients just like Sage. A feature at the facility that would capture the young woman’s attention: Ketchum Health’s art gallery with works created by visually impaired patients. Sage finally felt like she was a part of the community.

Since that day spent connecting with Ketchum Health, meeting with doctors and student clinicians, a lot has changed. Doctors have been encouraging that as soon as things like DNA testing became more available, Sage would find even more answers in her congenital nystagmus diagnosis. Thanks to Ketchum Health, she now is able to use a closed-circuit television camera (CCTV) that attaches to her desk for magnification purposes, as well as a new monitor and television to interact with media like every other college student. A new iPad assists her with learning and specialized magnification glasses help Sage read subtitles and watch movies from the comfort of her couch, as opposed to sitting close to the screen. But all of this equipment has given so much more than tools to learn. It has opened up a new pathway in her life, her education and even her career.

Sage transferred from University of California, Santa Cruz, as a physics major to California State University, Long Beach. Her new area of study: studio art. After spending nearly a year volunteering at Miller & Women’s Hospital Long Beach, her dreams include being an artist in residence there someday. Ultimately inspired by artwork she saw on that fateful day at Ketchum Health back in February, Sage considers Ketchum Health the “catalyst for positive change” in her visually impaired journey.

In spite of everything, Sage did rise again — this time brighter, stronger and prepared for a life of creativity and inspiring others.