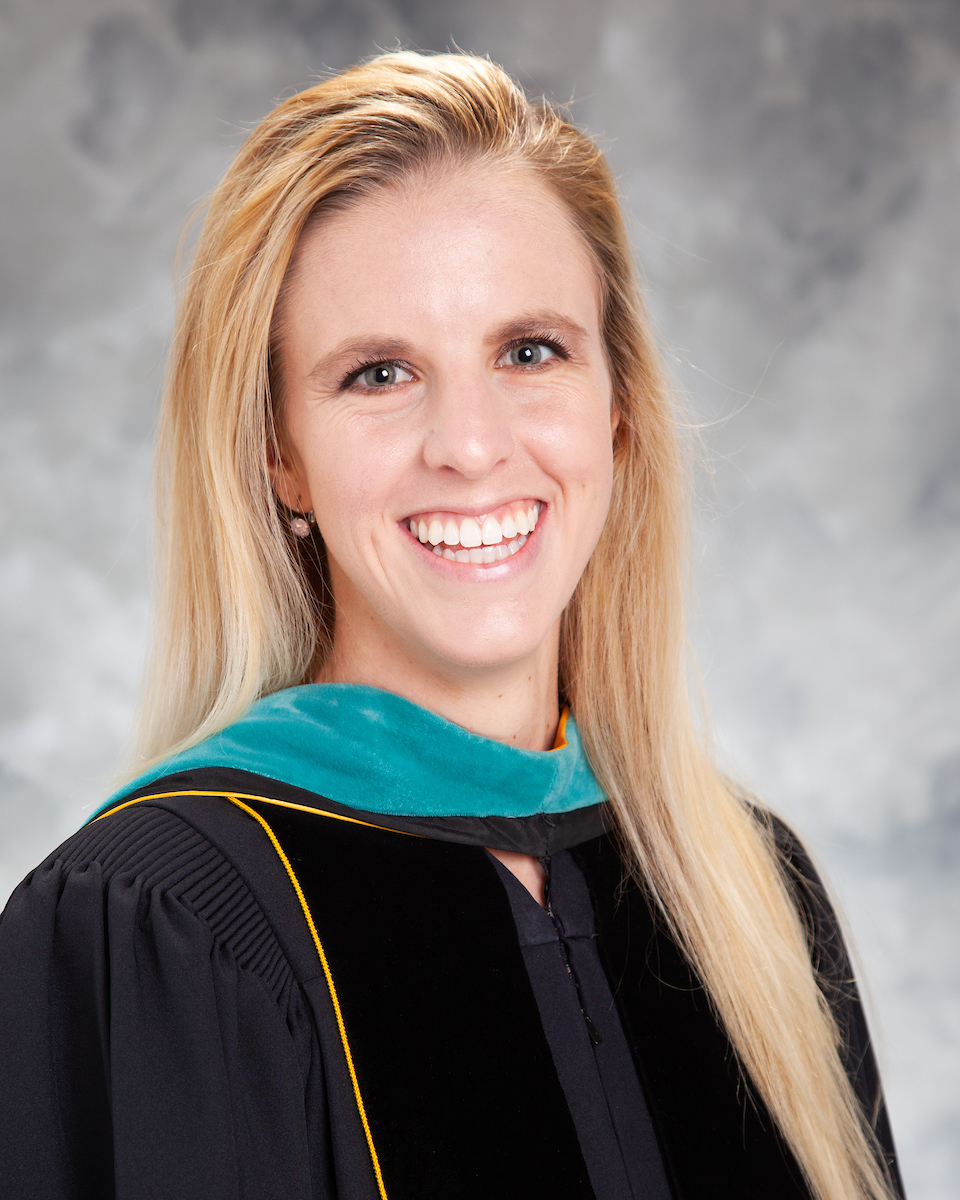 Southern California College of Optometry at Marshall B. Ketchum University student Shelby Brendel, ’19, heads to Idaho after graduation to work in a private practice where she will focus on pediatric care and treating low vision. In addition to her optometry skills, she will bring significant leadership skills attained through the MBKU Leadership Certificate Program – something she relished pursuing while in school.

She also will bring her new husband after they wed May 25, just three days after graduation.

“My number one goal through all of my leadership positions was to make being at school a positive experience. To make student life more engaging and fun,” says Brendel.

Brendel grew up part-time in Idaho and part-time in Lodi, Calif., splitting time between her parents. She says it was a “unique experience, but I loved it.”

“I would have snow one weekend and sunny California the next,” she says.

She majored in biology at the University of Nevada at Reno and enrolled in SCCO the year she graduated in 2015.

She says she was looking for a profession in the medical field and chose optometry, in part, because of the diversity of people she could help.

“In optometry you can help everyone – the young, babies, elderly and everyone in between,” says Brendel. “Vision is super important to all of us, so you are helping all kinds of people.”

“I realized that everything we do in our daily lives, we rely on our vision.” “I saw how important it was in every aspect of life and wanted to help people enjoy it to the fullest.”

Bonding with Classmates at SCCO

When Brendel looks back at her time at SCCO, she says what stands out the most is “how close I became with my classmates.” She says building student camaraderie is a key goal for SCCO faculty and staff and student leaders as well.

“I think SCCO did a great job of putting on events that were fun,” she says, adding that a key element of the work she did for her leadership certificate was helping to organize program events such as speakers, the talent show, and the all-school barbecue.

Brendel also started a Lion’s Club on campus and served as a liaison for SCCO to the College of Optometrists in Vision Development helping to put on events for students on pediatric care and vision therapy.

But it’s not just the student bonding that makes SCCO stand out, she says, adding that the program also stands out for its breadth of rotation options.

“SCCO offers a lot more rotation options than other schools,” she says. “My rotations were in different places in the country and dealt with different populations.”

Brendel completed rotations at a low-income community health clinic in Central California, an Indian Health hospital in Oklahoma, the Veterans Administration in Salt Lake City, and at Ketchum Health.

In her free time, Brendel loves snowboarding and hanging out with her fiancée – soon husband – and the couple’s Boxer named Sipsy. The newlyweds plan to honeymoon in Banff, Canada before heading to Boise, Idaho.