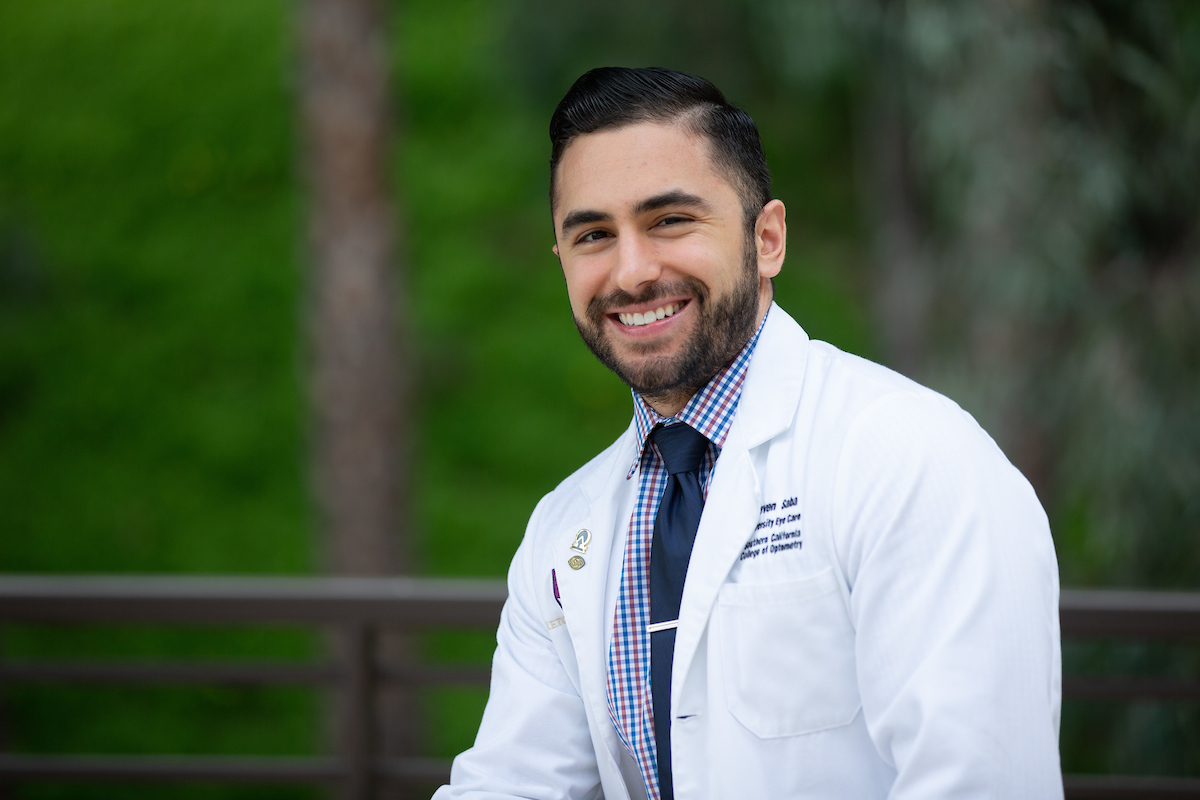 Southern California College of Optometry at Marshall B. Ketchum University student Steven Saba, ’20 remembers his childhood visits to the optometrist fondly. In fact, those exciting visits helped launch him on his current career path.

“Growing up I wore glasses,” says Saba. “I remember going to the eye doctor and being excited. I was curious about what was going on.”

Later, in high school, he asked his optometrist how he liked his job and the doctor’s enthusiasm for the profession left a lasting mark on Saba.

“He said he created relationships with his patients and enjoyed helping people,” says Saba.

As an undergraduate at the University of California at Los Angeles Saba attended a career center event and was impressed by SCCO Assistant Dean of Admissions Dr. Jane Ann Munroe’s enthusiasm for the profession. He later shadowed some optometrists and was hooked on the career.

“As an optometrist you need to be good at managing a business, managing other people and you need to have good communications skills,” he says. “Being an optometrist would force me to foster these skills in my life so I would be a well-rounded person.”

SCCO Stands Out as a Program “Receptive to Student Input”

Saba, who served as vice president of his class for his first and second years at SCCO, says he received a great feeling of acceptance and professionalism when he visited open houses and student days at the campus.

“It felt like an environment where I would be challenged to grow as a doctor,” he says.

He says his professors are invested in his learning. During the weeks students prepare for board exams, professors come in on weekends and evenings to meet with students that had questions, he says.

Steven says he is thinking of doing a residency after graduation but is not fully decided. He says he likely will work at a conventional practice or private practice and would like to also teach in a clinical setting.

In the spring of Saba’s second year at SCCO, he took a vision mission trip to Mexico through the Lion’s Club. The trip, to Talpa de Allende, Mascota, and Puerta Vallarta, allowed him to witness some unusual vision cases and to see the huge impact quality optometry care can have on a person’s life.

“It stood out to me how appreciative the people were,” he says, adding they group treated 1,000 patients in one week.

Saba, a former high school wrestler, loves sports. He plays basketball, closely follows several professional sports and plays in the annual basketball tournament between MBKU and Western University of Health Sciences. He is pleased to report that SCCO swept the tournament this year.