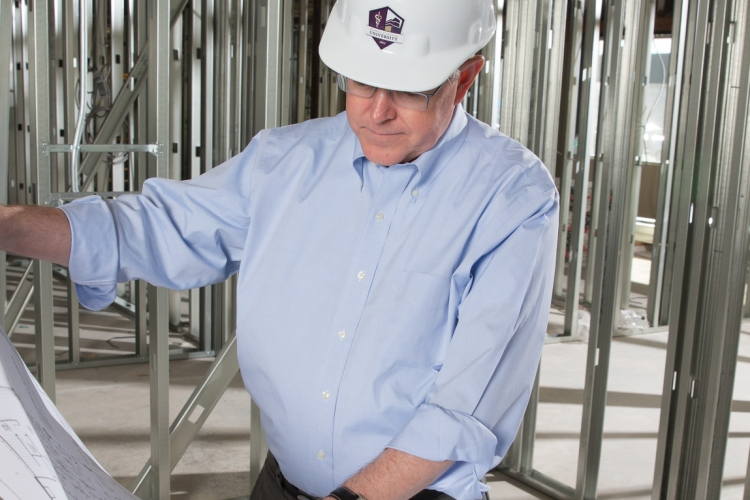 MBKU can see clearly into its future.

It takes vision and drive to guide an entire student body, faculty and alumni through a major transformational change. Fortunately for the newly minted Marshall B. Ketchum University, President Dr. Kevin Alexander has the fortitude to successfully and smoothly manage such an evolution and to be a leader and visionary inspiring people to clearly see the school’s future. When Dr. Alexander was hired as president of then Southern California College of Optometry in 2008, he drafted a plan to take the school to the next level at the request of the board of trustees. Studying the landscape of medical education and drawing upon his expertise as a practicing optometrist, teacher and national leader, Dr. Alexander realized health care education needed to better prepare students for a changing role in the more integrated health care system of the future.

In a traditional “medical center education model, health care disciplines are siloed with very little interaction. By reimagining health care education, MBKU is creating a university where all programs have equal weight and attention — with optometry facilitating this interprofessional learning environment. The decision to transform from a college to a university was pragmatic and operational, as the university structure allows for the addition of new disciplines of study whereas a college alone cannot.”

Bringing in other professions will help alleviate the workforce shortage in the health care industry — the U.S. is expected to need 33,300 new PAs in the next seven years — and establish a culture that encourages interprofessional exchange. For example, at MBKU, optometrists teach PAs how to use eye instruments, and PAs teach optometrists how to take blood pressure and do physical assessment.

MBKU adopted the pharmacy and PA programs because both of these types of professionals are intimately involved in primary care, and will work with optometrists in the future to care for patients and communicate regarding patient referrals that will result in high-quality, comprehensive care. MBKU was the first PA school in Orange County, providing a good entry into a market with demand. Although there are other pharmacy schools in the region, as the practice of pharmacy has changed in recent years, pharmacy programs have been slow to respond to the new paradigm. MBKU intends to offer a pharmacy curriculum serving the pharmacist of tomorrow.

The 27-month PA program, which awards graduates with a Master of Medical Science degree, began in Fall 2014 and has a total of 62 students between two cohorts. A four-year Doctor of Pharmacy program is expected to welcome its first class of 52 students in Fall 2016. The university may add new programs in the future, but any additional programs must tie in to the existing professions. A new facility in Anaheim, Ketchum Health, is expected to open in early 2016, will house the school’s eye center, medical home and a pharmacy, whereas the Fullerton location will remain an interprofessional, didactic campus. MBKU will also continue to operate its clinic in Los Angeles for underserved patients and will use it as an important space for interprofessional learning.

“We educate health care practitioners to work together and collaborate to improve people’s lives. The intended outcome is to improve not just longevity, but also quality of life,” says Dr. Alexander.

Now that it had a well-defined plan for a bright future, the new institution needed a name. After covering the large windows in his office with Post-Its®, Dr. Alexander and his team rejected prospective geographical names (seemingly all taken) and made-up names (not particularly professional) before deciding to name the new university after a person. The team considered local figures and even Dr. Alexander himself before landing on the school’s founder, Marshall B. Ketchum. An MD, a pharmacist and a lifelong advocate for optometry who embodied the spirit of interprofessional education, Ketchum was ahead of his time in telling MBKU’s story before it was written — and naming the institution after him was the perfect way to honor the school’s rich history.

While the new university name has been a big change, the Doctor of Optometry program has not, nor has SCCO’s educational value. All of the current avenues for alumni involvement are still open, such as campus visits, activities and the school’s annual gala; and the university will remain a nonprofit institution.

As MBKU will remain an institution of choice, the 4,000 living alumni of the Southern California College of Optometry and Los Angeles College of Optometry will witness the continued evolution of optometry as a profession over the coming years as MBKU graduates become more integrated into all aspects of the health care system. The value of any educational degree is proportional to the reputation of the institution, and the new university’s reputation is already strong, as second-year PA students join generations of SCCO alumni in receiving high praise from preceptors at their internships all over Orange County and beyond.

Despite all the major changes, MBKU hasn’t suffered from too many growing pains. Of course, there have been obstacles — funding, space and inertia towards change, for example — but Dr. Alexander is particularly proud of how smoothly the transition process has gone among faculty and students. He has intentionally collaborated with everyone involved to foster a greater understanding of the many beneficial changes and to facilitate ownership of the new university by all. Under his leadership, university staff, the board of trustees, the public, students and alumni are embracing the future, while holding on to the founding school’s principles, roots and traditions.