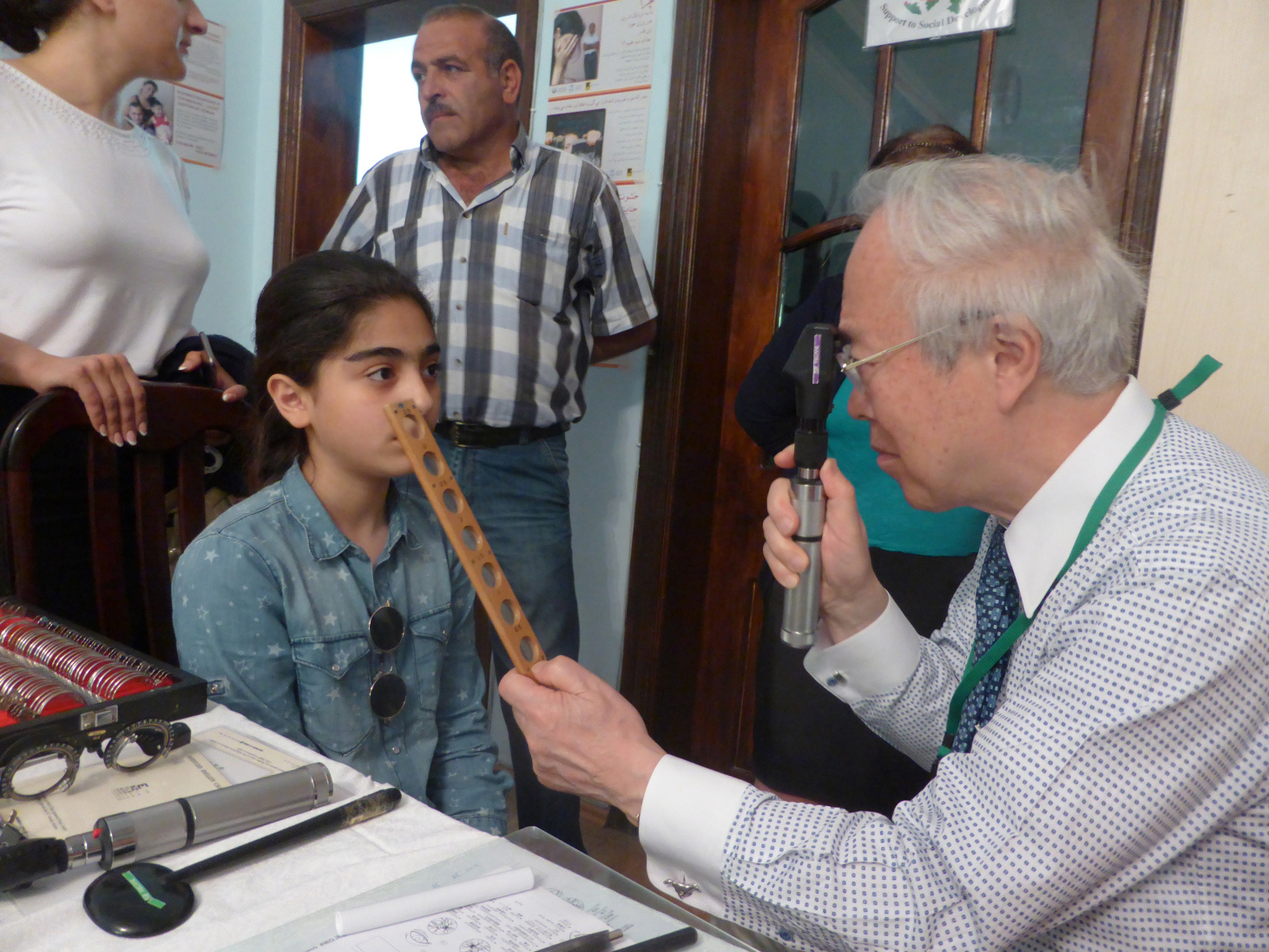 In his long history with Southern California’s premier optometry school, Dr. Akio Kanai has seen the college through a lot of changes. He enrolled in 1968 at the Los Angeles College of Optometry, as it was called then, which stood in an old building near USC; the Southern California College of Optometry was born and relocated to Fullerton shortly after he graduated in 1972.

All these transitions have contributed to his excitement for the current state of the institu­tion’s growth and for its transformation into MBKU — his involvement as an alumnus has remained steady for 43 years and has increased since MBKU was formed.

When Dr. Kanai moved to the U.S. from his native Japan to study at LACO, he struggled at first with learning in a foreign language and spent hours studying and listening to recorded lectures so he could better understand the material. That hard work paid off, as today he is among the world’s most respected optometrists, and inspired him to give back to the school and the people that helped him succeed.

Dr. Kanai was first exposed to the power of philanthropy — which, at the time, was uncom­mon in Japan — while distributing glasses and checking vision at a Hopi reservation in Flag­staff, Arizona, after his graduation. The residents’ gratitude for this simple, hum­ble work motivated him to volunteer in Asia. When he moved back home to Japan in May 1973 to help run his father’s business, Fuji Optical Co. Ltd., which manufactures glasses (he is now CEO), his fervent dedication to philanthropy was just beginning.

“I was amazed that a pair of glasses could bring something very valuable to a lot of people … I wanted to reciprocate the kindness I received while I was study­ing in the U.S., so I wanted to provide my service to other people in Asian countries who need it,” says Dr. Kanai.

In 1983, amid a Southeast Asian refugee crisis, Dr. Kanai went to Thailand to pro­vide glasses and conduct vision screenings for Laotian, Cambodian and Vietnamese refugees, knowing many had lost their glasses while fleeing their homelands. From there, he helped the United Nations High Commissioner for Refugees (UN­HCR), the UN’s refugee agency, develop protocols for providing services to refu­gees, which snowballed into decades of serving refugees all over the world. He has since been to Nepal to help Bhutanese ref­ugees, and to Armenia and Azerbaijan 11 times to aid those internally displaced by a territory dispute between Azerbaijan and Armenia. His work has been so influential that the deputy prime minister of Azerbai­jan, Ali Hasanov, visited Sapporo in 2015 to personally thank him.

Of the countless accolades he has received throughout his career, there are some that stand out. In 1997, he was named MBKU’s Distinguished Alumnus of the Year and the International Optometrist of the Year by the World Council of Optometrists; he also received the Distinguished Person Award from the Asia Pacific Council of Optometrists in 2015, of which he was president from 2010 to 2013. His proudest achievement, however, is his work with refugees, and in 2006 he was the first optometrist to receive the prestigious Nansen Refugee Award for extraordinary service from the UNHCR — a distinction he shares with the likes of Ted Kennedy and Eleanor Roosevelt.

Since Dr. Kanai has so much international influence and experience, it’s nat­ural that he would play a role in MBKU’s advancement abroad. In June 2015, he was elected to the board of trustees to give valuable input on international issues, and he also serves as Honorary International Chair of the Campaign Cabinet for MBKU.

MBKU has had no shortage of exciting developments over the past few years, adding new programs at home and abroad. In its latest project, MBKU has been granted final approval by the WASC Senior College and University Commission to facilitate a Joint Master of Science in Clinical Optometry with Eulji University in South Korea. MBKU is also planning an advanced certificate program at Tokyo Optometric College (TOC) this spring. Both of these programs are the only ones of their kind in the respective countries. Though these plans are still in the early stages, Dr. Kanai and Dr. John Nishimoto, ’87, MBKU’s senior associate dean of professional affairs, are excited for the collaboration, which will grant inter­national graduates an MBKU degree.

A degree from an American medical university is highly sought after, as U.S. optometry programs are the best in the world, and will help Japan and South Korea expand their scope of practice in optometry through education to give patients access to better care. The partnerships build upon previous relationships between MBKU and these institutions, as well as existing curricula for lower-level programs at each school. Students abroad will learn through a hybrid of on-site lectures by local professors and distance-learning videos by MBKU professors, will participate in workshops led by MBKU faculty, and will have the opportunity to develop clinical skills in the U.S.

MBKU will lend its vast expertise in many different areas of optometry, as well as its cultural experience with a largely Asian-American student body in Cali­fornia, and in turn will receive cultural awareness, diversity, and expertise in on­line learning methods for its faculty.

According to Dr. Nishimoto, MBKU’s international presence will add “prestige, credibility, globalization, recognition and leadership in the field [of optometry]. We have long considered Ketchum to be a leader in the field, and we want to realize that concept.”