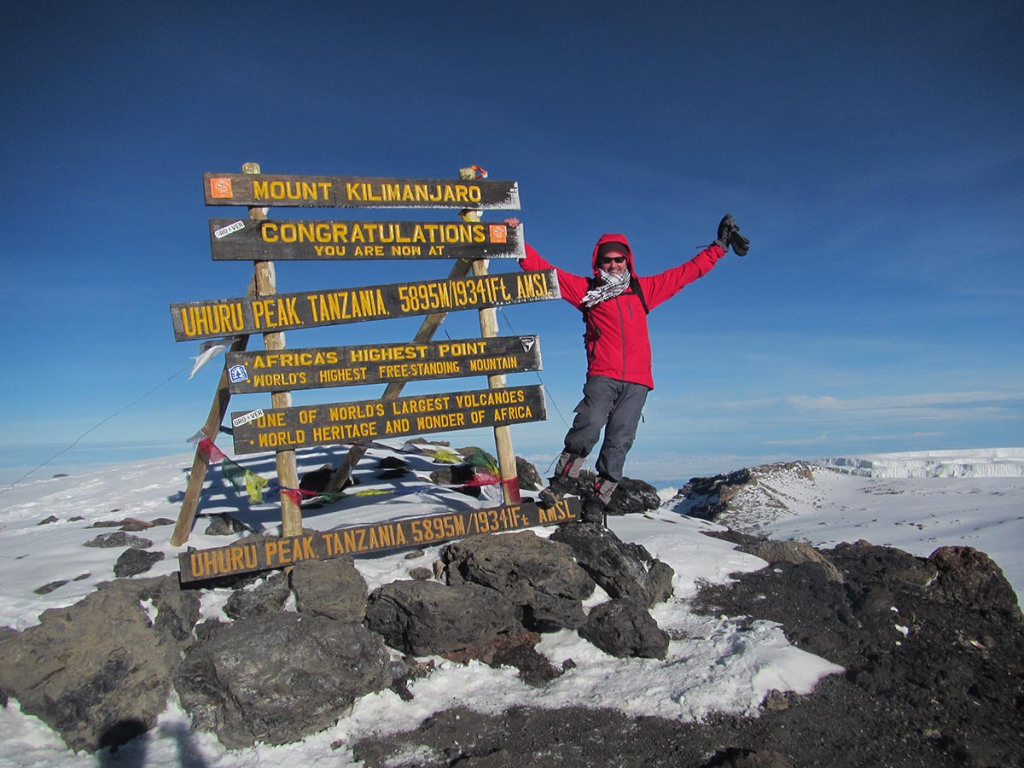 One of the newer members of the Board of Directors at Marshall B. Ketchum University is David Gibson, appointed in 2015. Coming from the business sector, he brings fortitude and an eye for innovation from his career and personal life to a growing MBKU.

Gibson began his career in the pharmaceutical business right after college with the A.H. Robins Co. Over the course of 13 years, he held a variety of sales, management and marketing roles, working with some of the largest pharmacy groups in the country, such as CVS, Walgreens and RiteAid.

But after moving six times with A.H. Robins, Gibson was ready to stay put and opted to leave the company to remain in Atlanta. There, he joined Allergan, a global pharmaceutical company that develops and manufactures treatments for eye care, such as Restasis, the central nervous system, medical aesthetics, gastroenterology, women's health, urology, cardiovascular and anti-infective therapeutic categories.

In 2005, Allergan promoted Gibson head of sales in its office in Irvine, California. In 2009, he became the Director of Optometric Professional Relations and Strategies. “When I came into the role,” he says, “I found there were a lot of things that Allergan could and should be doing to better help optometry.”

One of those things was a program to partner with optometry schools across the country to provide ongoing support for students, faculty and administration. Gibson now has a team of seven senior leaders who are dedicated to growing Allergan’s support of and relationships within the optometric profession.

As he became more involved with optometry and how students are educated, Gibson’s involvement with Marshall B. Ketchum grew stronger, eventually leading to his appointment to the board. “With Ketchum being in our Orange County back yard, it was a natural,” he says.

Striving to do more

There was much about the perseverance required to accomplish that goal that he brings to his role on the MBKU Board of Trustees, he says.

“I’ve always been pushing the envelope — trying to do more, trying to improve the programs that we have,” he says. “Then, in my personal life I cannot sit around on the weekends. I’m always out doing something, such as mountain biking, paddle-boarding or volunteering.”

Gibson likes to travel to exotic international locations. Last year he visited Myanmar, which was recently opened up to tourism. His passport also has stamps from Egypt, Morocco, Vietnam, Thailand and Cambodia.

This year’s trip to Mt. Kilimanjaro challenged him more than he ever expected. Throughout much of the eight-day hike to reach the summit, rainy, cold conditions tested his endurance.

“You can’t imagine how the endless rain weighs on you mentally as you are struggling with the physical aspect of the climb,” he says.

But as the hikers neared the summit, the skies cleared and the rained stopped. The sun rose over the plateau, rewarding them with breathtaking views.

“It really was emotionally moving,” Gibson recalls. “Having set your sights on accomplishing a goal like that and then actually being there to experience it was one of the most exciting and joyous occasions of my life.”

For Gibson and the rest of the MBKU board, a similar spirit of perseverance and adventure carries the day to meet the university’s growing needs.

The creation of Marshall B. Ketchum University, with the intersection of optometry, PA and pharmacy, just makes great sense for the professions, Gibson says.

“The ability for doctors to work together really starts in school,” he says. “What’s happening at Ketchum is the creation of a much better understanding of what other professionals do, and a comfort level in interacting and working with them.”

A member of the board’s advancement committee, Gibson’s strong business background adds an understanding of the inner workings of corporations. “I assist with recommendations to support growth initiatives for the university,” he says, particularly excited about the new state-of-the-art Ketchum Health. The facility will not only be a great clinical environment for interprofessional practice, he says, but will provide a much better patient experience.

“It’s designed from the ground floor up to meet the needs of the university, not only today, but into the future,” he says. “Ketchum Health will really be the envy of many of the optometry, PA and pharmacy schools around the country.”

Gibson says he counts it as an honor to be asked to serve on the board, and is impressed by the talent and intelligence of many of the longer-serving trustees. He’s particularly struck by how well the members work together for the good of the university.

Certainly, the resolve and fortitude it took to climb Mt. Kilimanjaro is central to his role on the board of trustees.

“Part of it is not resting on your laurels and what you’ve accomplished in the past,” he says, “but always looking toward the future and new challenges.”