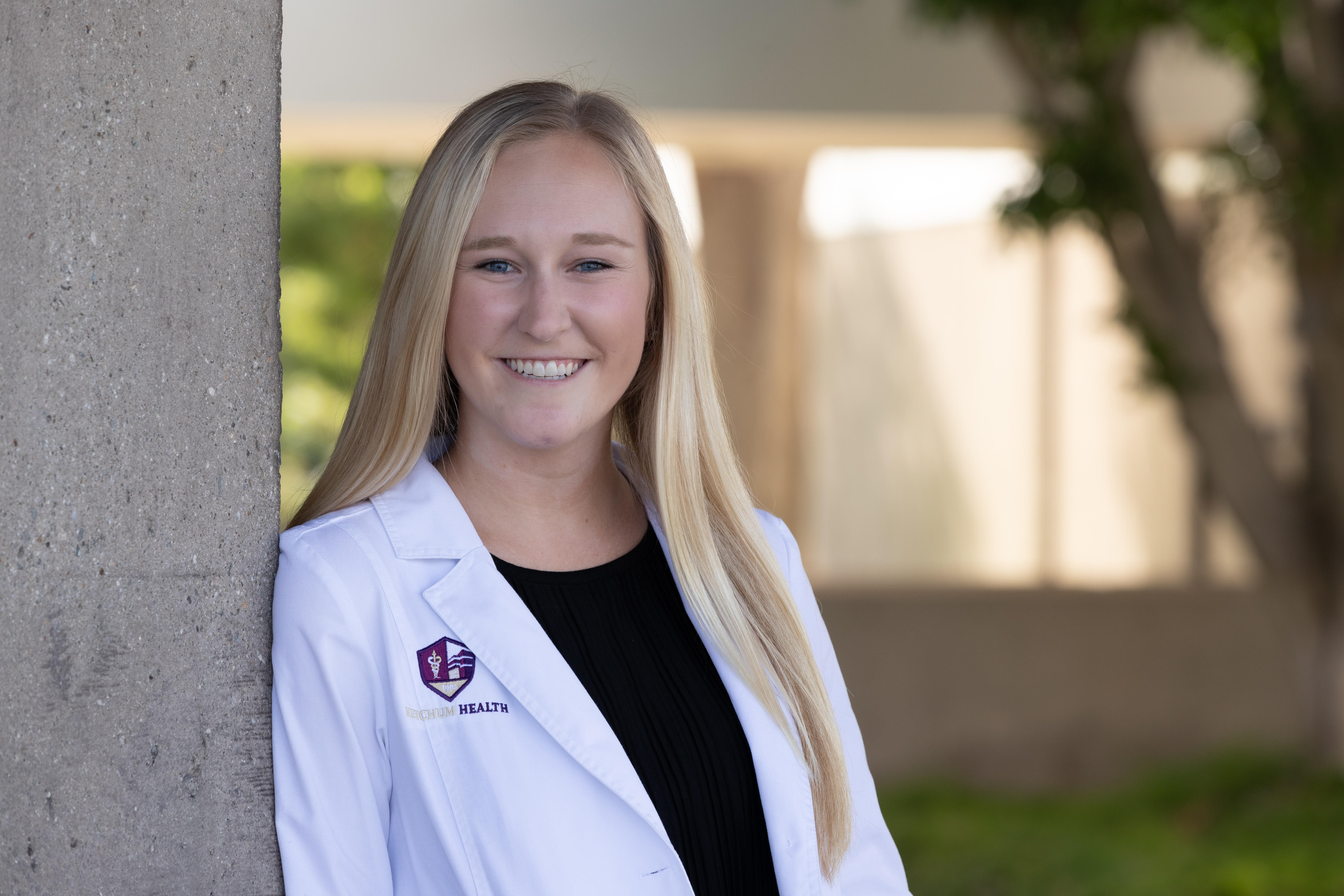 Ketchum magazine isn't the first publication to feature third-year optometry student Lauren Zabaleta in the context of optometry. She was previously profiled in a piece of hard-hitting, investigative journalism at the age of 13 in her middle school’s newspaper, in an article which featured her intention to one day become an optometrist. The seeds of her ambition were planted like so many others when she put on her first pair of glasses. “It changed my world,” she says. “There were all these things I didn't know I couldn't see. I thought, ‘This is so cool!’”

Whoever wrote that middle school article long ago would surely be pleased to see Lauren now. She is on her way to following her dream, by virtue of her education at Marshall B. Ketchum University's SCCO, while distinguishing herself as an involved and dedicated student along the way. In addition to belonging to the Beta Sigma Kappa Honors Society, through which she volunteers as a TA and a tutor, Lauren has also served as the Vice President of the Private Practice Club, which brings speakers onto campus to talk about their experience with private practice. Her involvement in these activities grows out of her appreciation for what others have done for her, and it has enriched her time at MBKU.

Lauren has already been able to experience the kind of transformational care that so profoundly influenced her life. “A few weeks ago, I had a patient who had a severe, advanced condition he didn't realize he had. He was on the road to blindness and his career was one where his vision was particularly valuable. When we were able to intervene and prevent further vision loss and then see how grateful he was, it was a clear affirmation: ‘This is why I'm here.’” Lauren enjoys great deals of affirmation about her decision to study at MBKU, where the sense of community is complemented by professors and instructors who care so deeply about her and her classmates’ education. “I’m so impressed by how much time and effort faculty here at MBKU put in, how much they do for us to challenge us, and to help us succeed,” says Lauren.