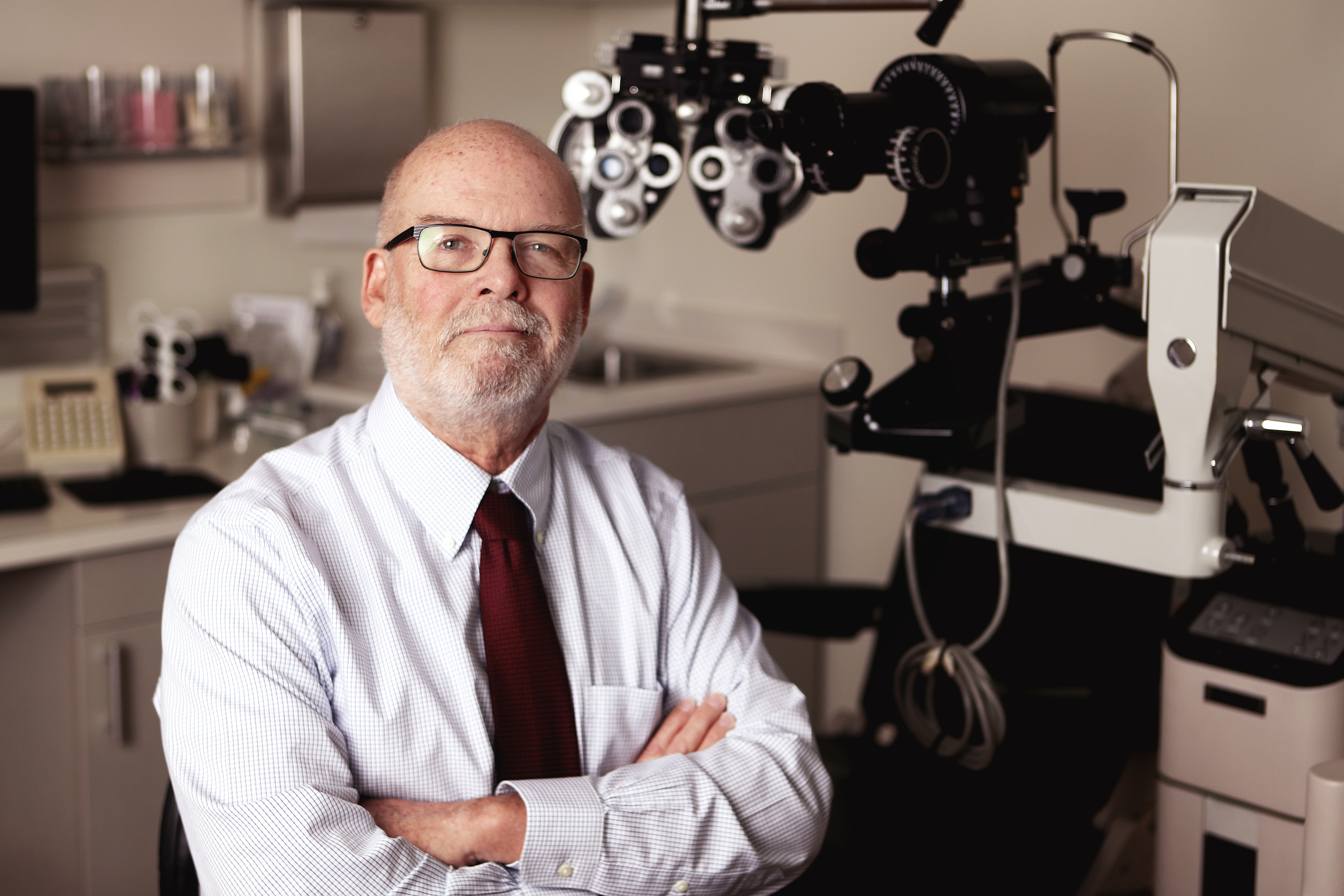 Dr. Edrington received his Bachelors and Doctor of Optometry degrees from Indiana University, and a Master’s degree from California State University, Fullerton. He served as an officer in the U.S. Army and was stationed at Walter Reed Hospital in Washington, D.C. He also spent time in private practice in Illinois, Texas and California. A faculty member at SCCO since 1978, Dr. Edrington has served as the Chief of SCCO’s Cornea and Contact Lens Service for 18 years.

Tim Edrington O.D., M.S., FAAO, is a Fellow of the American Academy of Optometry and a Diplomate in the Cornea, Contact Lens, and Refractive Technologies Section. He has authored more than 40 published manuscripts in peer-reviewed journals, over 70 additional published articles, over 100 published research abstracts and 10 book chapters in the area of cornea and contact lenses.

Dr. Edrington served on the Executive Committee of the multi-center CLEK study funded by the National Eye Institute, he was the initial recipient of the Dr. Richard Hemenger Faculty Research award in 2001, and he also served as a consultant to the Ophthalmic Devices Panel of the Center for Devices and Radiological Health of the United States Food and Drug Administration.

“MBKU is proud to have Dr. Edrington as a member of our esteemed faculty,” said University President, Kevin Alexander, O.D. Ph.D. “This honor is bestowed on only one doctor every year and I couldn’t think of a better recipient than Dr. Tim Edrington to receive this year’s award.”

Optometry's Meeting® is the official annual meeting of the American Optometric Association and the American Optometric Student Association. The AOA represents approximately 39,000 doctors of optometry, optometry students and paraoptometric assistants and technicians. Optometrists serve patients in nearly 6,500 communities across the country, and in 3,500 of those communities are the only eye doctors. Doctors of optometry provide two-thirds of all primary eye care in the U.S.