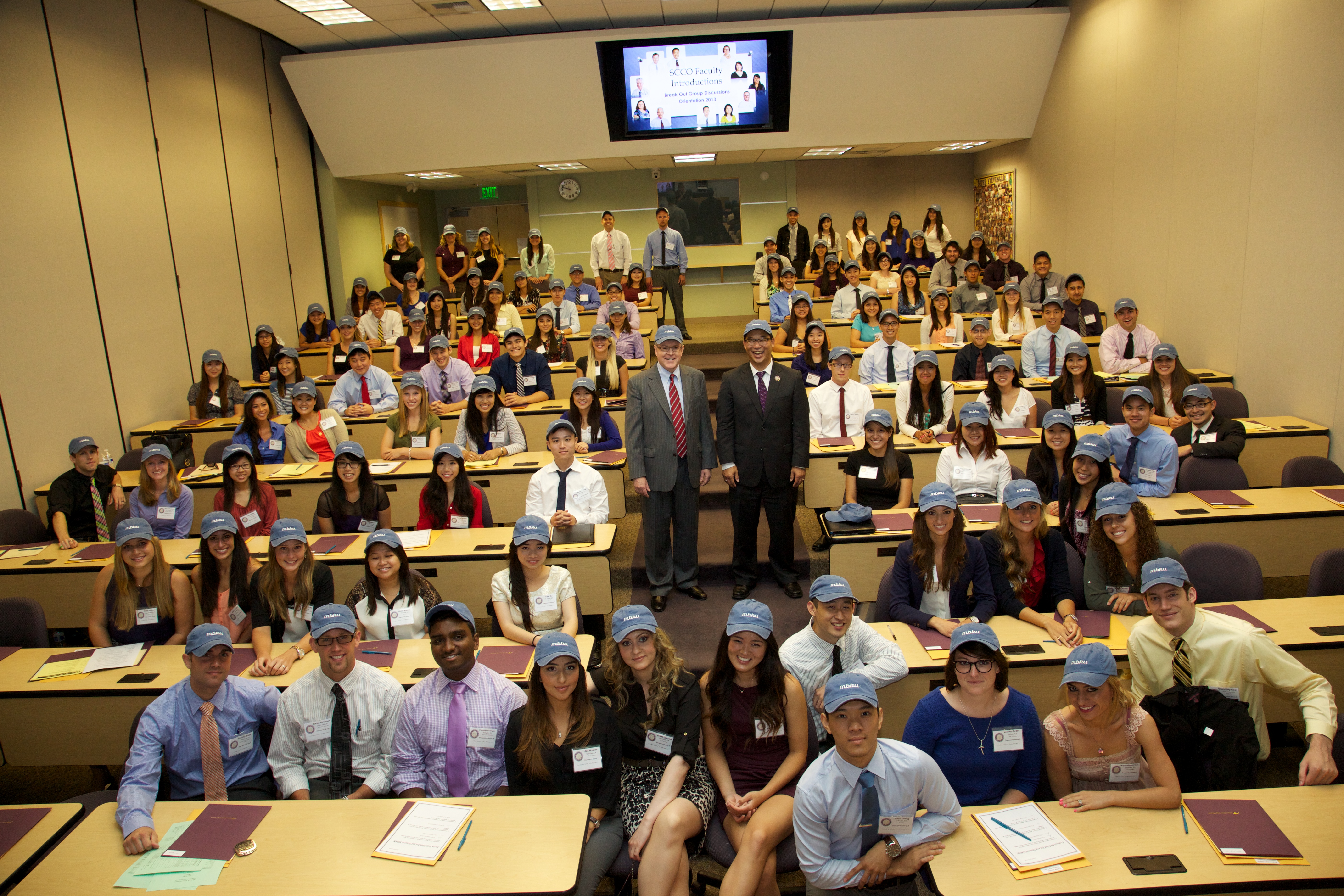 MBKU Welcomes Class of 2017The Class of 2017 officially started its four years of study toward the Doctor of Optometry degree at the Southern California College of Optometry at Marshall B. Ketchum University (MBKU) on August 16.  The Class totals 102 of which 68 are women and 34 are men.

"I welcome you to the family," said MBKU President Kevin L. Alexander, O.D., Ph.D., in an open letter to the class.  "As a family, each of us – your fellow classmates, faculty, staff and administrators – stand ready to assist you in your journey to become an optometrist.  And, whether you mark your journey by the days (1378), hours (33,072), or minutes (1,984,320), know that the time will pass very quickly.  You might say the time will pass in the 'blink of an eye.'"

Eight members of the Class of 2017 are children of optometrists and one student will be a fourth generation alumnus.  Overall, 14 states and one Canadian province are represented including:  Arizona 2, California 74, Florida 1, Hawaii 2, Idaho 3, Kansas 3, Maryland 1, Minnesota 2, Missouri 1, Nevada 3, Oregon 4, Pennsylvania 1, Utah 3, and Washington 1; and one student from Ontario, Canada.  The average age is 24.

There are 52 Asian Americans, 33 White, five Hispanic, eight of two or more races, three unreported and one non-resident alien.  Everyone has a Bachelor’s degree and one student has a Master’s degree.  The mean overall GPA was 3.39.  The mean OAT Academic Average was 330 and the mean OAT Total Science score was 329.

The women and men of the Class of 2017 attended 46 different universities.  Fifty-six are graduates of the University of California system including:  UC Irvine 18; UCLA 17; UC San Diego 10; three each from UC Berkeley, UC Davis, and UC Santa Barbara; and one each from UC Merced and UC Riverside.