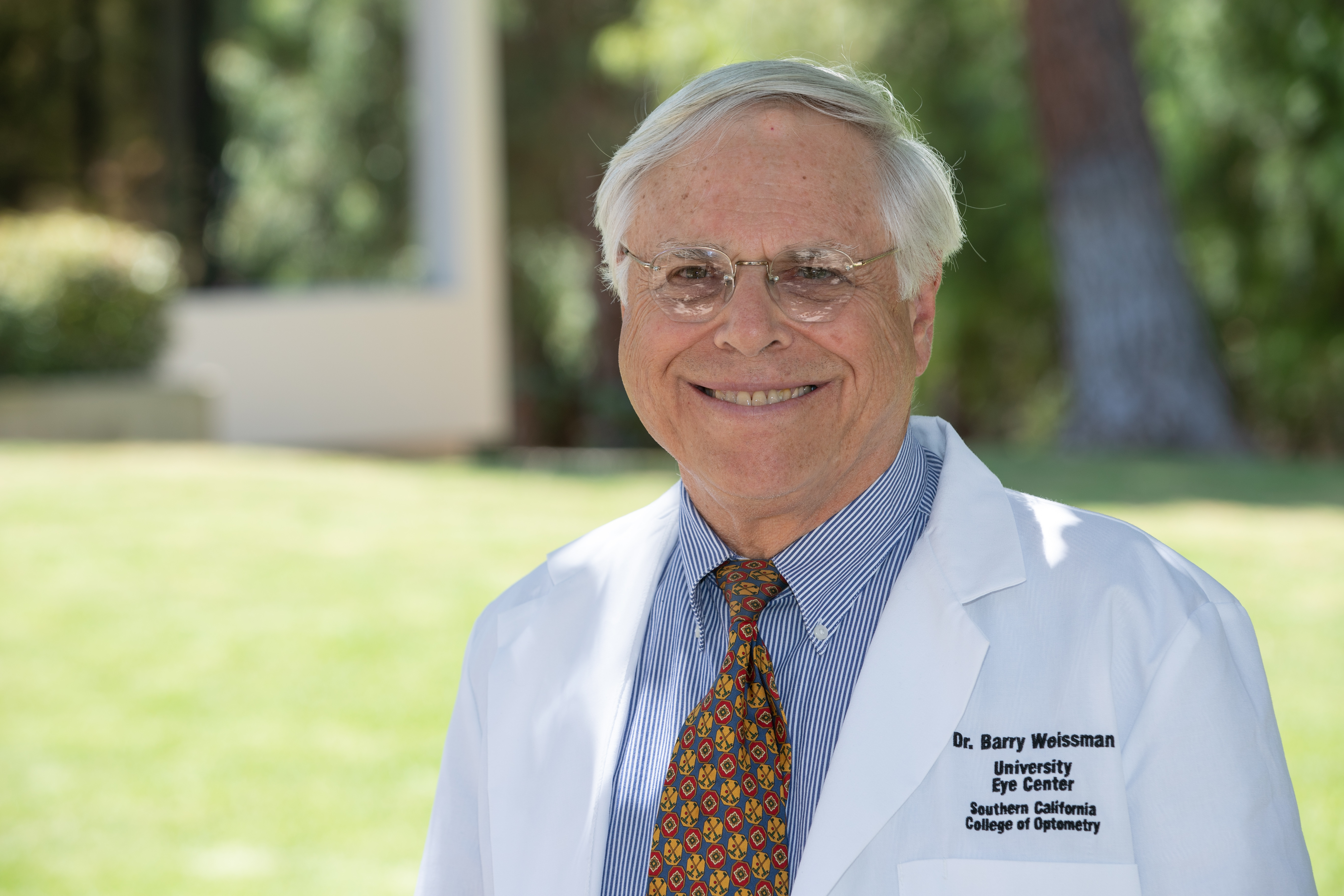 Barry Weissman, O.D., Ph.D., F.A.A.O. joined the Southern California College of Optometry at Marshall B. Ketchum University in 2012 as a Professor. Dr. Weissman has experience in private practice, and was a member of the Contact Lens Service of the Hadassah-Hebrew University Medical School Department of Ophthalmology in Jerusalem, Israel. He then went to UCLA as an Assistant Professor and retired as Professor of Ophthalmology and Chief of the Contact Lens Service of the Jules Stein Eye Institute in 2012 when he joined MBKU.

“On behalf of the entire university, I’d like to congratulate Dr. Weissman for this prestigious honor,” said University President Kevin Alexander, O.D., Ph.D. “Since 2012, Barry has dedicated himself to the Southern California College of Optometry. He has mentored optometric students ensuring that the doctors who graduate from our university are prepared for today’s competitive environment and shifting health care environment.”

Dr. Weissman is a Fellow of the American Academy of Optometry, and a Diplomate in its Cornea, Contact Lens and Refractive Technologies section. He has received numerous awards, including the William Feinbloom and Max Schapero Awards of the AAO, and the BCLA Medal from the British Contact Lens Association. He was honored with the Nathan Springer Lectureship at the University of Alabama School of Optometry.

He has served on the Examination Committee of the California State Board of Optometry and as both an Expert Examiner and an Item Writer for the National Board of Examiners in Optometry. He has also served as an advisor to the FDA Ophthalmic Devices Panel. Dr. Weissman has authored approximately 150 research papers and textbook chapters, as well as several texts.

“I’m thrilled to enter as president of COA at such an exciting time,” says Dr. Weissman. “We have immense opportunity ahead of us with an outstanding leadership to guide us to new opportunities in the profession of optometry.”

Among his goals, Dr. Weissman seeks to increase access to affordable eye health and vision care. Additionally, he will actively encourage the development of leadership at the student, staff and doctor level to ensure a continued promising future for optometry in California.

For more than a century, the COA has been dedicated to making optometry a stronger, better and more visible profession. Its mission is to support and advance the profession of optometry to assure quality health care for all Californians. Dr. Weissman will lead the COA’s Board of Trustees as their President for one year.