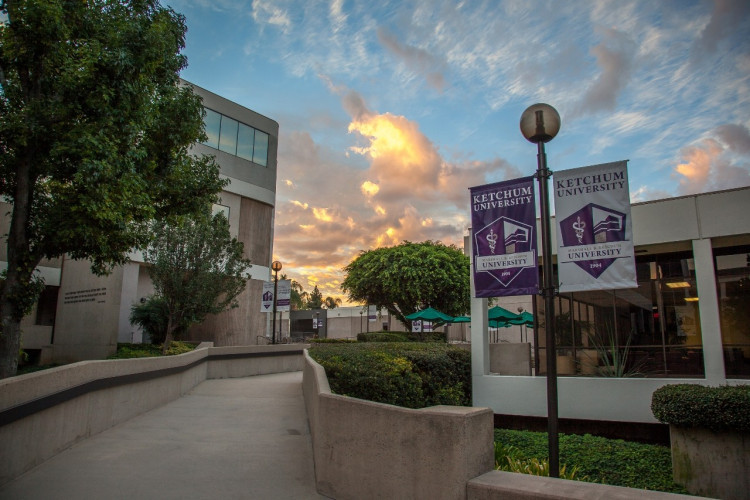 MBKU was sad to hear of these alumni and friends recently lost. Here we honor those whose memory will always be part of our university family.

When Joseph F. Taylor, OD, graduated in 1949, he was one of the first cohorts of students to proudly take forward into the community the new Los Angeles College of Optometry name.

Sporting his subtle Kentucky accent, Dr. Taylor became a well-respected optometrist among patients, a leader in the profession, a volunteer on many fronts and a vocal participant in his local and regional societies.

Dr. Taylor’s college education was interrupted by World War II, as he departed for Pensacola to train as a Marine Corps pilot, eventually serving in the Pacific. Postwar, he returned to earn his optometry degree, starting his practice thereafter in Santa Barbara, where he met Peggy Burnett, who he married in 1954. They were together for 52 years before he passed away at the age of 86 in July 2006. Friend and colleague, Joe Dobbs, OD, ’63, shared, “Of all of the people I have known, Joe is right at the top of the list. He always encouraged me, among others, to be present and stay involved.”

Alumnus Bob Pazen, OD, ’62 remembered, “Joe was solely responsible for gathering our area optometrists together to discuss local challenges. Before his efforts, very few of us met.”

As a result, The Joseph Taylor Educational Seminars began for continuing education needs in the Ventura area. “These were a big hit with colleagues and a source of pride for Dr. Taylor,” said Pazen. “Joe proudly displayed a commemorative plaque bearing his name on his den wall.”

Given the tremendous respect that he earned from the optometric community for his professionalism, knowledge and personable nature, it is no surprise that Dr. Taylor found a way to continue his positive influence to this day. We are privileged to formally recognize in memoriam Joseph F. Taylor, OD, ’49, and Peggy Taylor for their foresight and generosity. Their recent estate gift distribution for the benefit of the Southern California College of Optometry will make possible the purchase of the first suite of indirect and direct ophthalmoscopy simulators for our future students.

Ketchum University is honored to steward this gift, using it for the continued growth and the academic development of tomorrow’s health care professionals. We know that Dr. Taylor would expect nothing less.

To learn more about leaving a gift through your will or trust, visit ketchumlegacy.org

Dr. Warren Harvard Low, a 1952 graduate of the Los Angeles College of Optometry, board trustee since 1970 (chairman 1978-81) and Distinguished Alumnus in 1996, passed away December 28, 2015. “The entire Marshall B. Ketchum University family sends our deepest condolences to the Low family,” said University President Kevin Alexander, OD, PhD. “Dr. Low worked tirelessly to advance the vision and mission of our institution through his faithful and continuous service at his alma mater as a member of the board of trustees.” A retired optometrist, Dr. Low received his BS and MS from Stanford University. He completed his OD degree in 1952 when the college was housed in Los Angeles, as the Los Angeles College of Optometry. Dr. Low ran a successful private practice in Lomita, California for many years and was a respected community member. He also served as president for the Lomita Chamber of Commerce and area governor of Toastmasters International. Dr. Low was a generous financial contributor to his alma mater. He was a Visionaries Society member, having made significant contributions through MBKU’s charitable gift annuity program. He was also an Epoch Society member for 25 or more years of loyal giving to SCCO at MBKU. He was active in state and national optometric organizations. He also served for many years as a Key Person for the California Optometric Association, and even chaired its annual tennis tournament. “Warren has been a member of our board of trustees for more than 40 years. He served as chairman of the board of trustees for three years, and has been active on nearly every one of its committees,” said University Provost Morris Berman, OD, MS. “He will be remembered fondly here at MBKU,” Berman concluded.