The Southern California College of Optometry (SCCO), marks 40 years in Fullerton on February 19.  On that day in 1973, the College moved to a newly built campus at the corner of Yorba Linda Boulevard and Associated Road from downtown Los Angeles where it was founded in 1904.

"We are well established in Fullerton and are proud of what we contribute to the community in terms of the eye care we provide to thousands of patients each year, as well as the economic impact we make in Fullerton and throughout Orange County," said SCCO President Kevin L. Alexander, O.D., Ph.D.  "As we move into our fifth decade in Fullerton the College is entering a period of growth with the addition of academic programs, increased donor support and campus expansion.

Forty years ago on February 19, 1973, the Southern California College of Optometry, founded in 1904 in Los Angeles, moved to its newly built campus in Fullerton, CA.

"SCCO's $26.6 million operating budget, 170 campus-based employees and nearly 400 students have a positive financial impact on Fullerton and the surrounding communities," noted Dr. Alexander.  "Since 1973, more than 3,800 women and men have earned the degree, Doctor of Optometry, from SCCO's Fullerton campus with the majority of them living within a two-mile radius of the institution during their four years of study.  Also contributing to the economic health of the area were 320 students who graduated from SCCO between 1974 and 1986 as Optometric Technicians having earned an Associate in Arts degree.

"Today," President Alexander continued, "about 650 alumni optometrists practice in Orange County and they provide well over $332 million in revenue through their practices to the local economy."

The past four decades SCCO has kept its 109 year-old ties with Los Angeles through its Optometric Center of Los Angeles located on Broadway at Martin Luther King Boulevard.  Upwards of 10,000 patients are seen annually and clients at many community organizations receive vision care through programs affiliated with the LA based facility.

About the Southern California College of Optometry
Established in 1904, SCCO is a private, non-profit, educational institution dedicated to educating today's minds to provide tomorrow's eye, vision and health care.  SCCO grants a four-year, professional degree, Doctor of Optometry (OD) and a Master of Science in Vision Science (MS).  The College announced, in August 2011, its plan to start a two-year Master's level Physician Assistant program, the first step in the development on an interprofessional health care campus.  SCCO has applied for Accreditation – Provisional from the Accreditation Review Commission on Education for the Physician Assistant (ARC-PA).  SCCO anticipates matriculating its first class in August 2014, pending Accreditation – Provisional in March 2014.

A special component of SCCO's educational program is community service.  Annually, SCCO faculty and optometric interns provide eye and vision care to thousands of uninsured or underinsured children and adults in our local communities through collaborations with other nonprofit organizations. 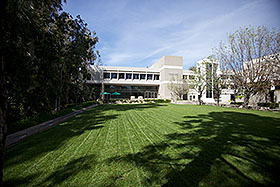 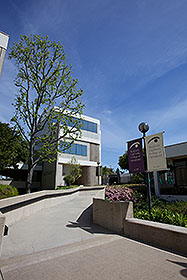