SCCO Valedictorian '18 Moena Dean: Embracing the Joys of a Young Family on her OD Journey 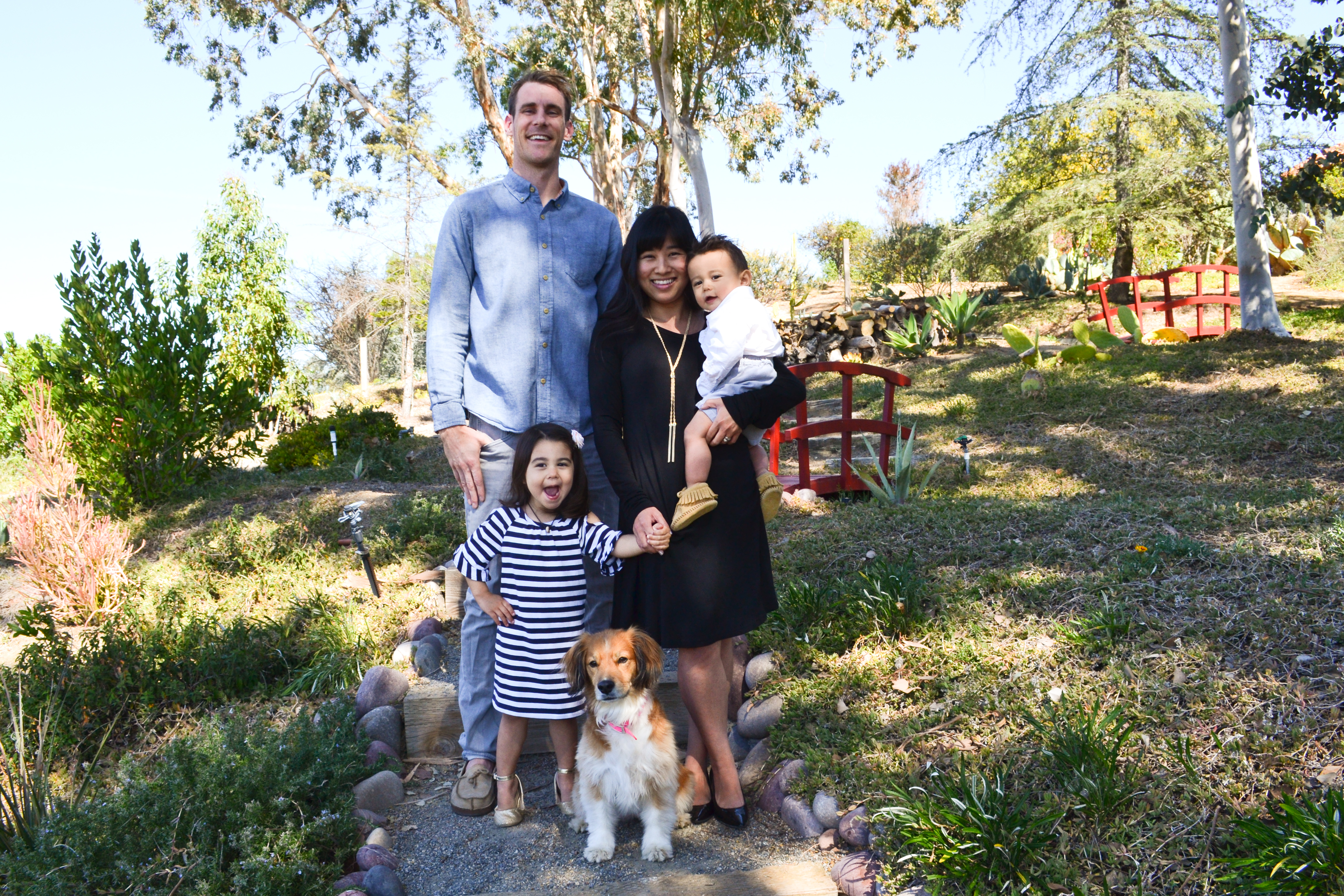 At first glance, the journey of Moena Dean, SCCO Class of ’18, to graduation May 23, 2018 from MBKU’s Southern California College of Optometry might appear especially stressful. The 2018 class valedictorian gave birth to her two children — now ages three and one — while in optometry school. But Dean says her young family — and the joy they brought her — actually provided stress relief and intensified her sense of mission as she pursued her degree in a profession she loves.

“I remember my daughter chewing on my textbook or playing with my pen when I was studying,” says Dean. “Some days were really hard, but I was glad I had my family to de-stress me, make me smile and laugh, and really support me.”

Looking back over her four years in school, Dean says she feels immensely grateful for the support of her husband, Corbin, and the joy of her children Pearia and Kosta, and the family dog Kasha. The students and faculty at SCCO also were amazingly supportive, she says.

Dean, who was born in Japan and moved to California when she was eight, said optometry wasn’t a profession she expected to pursue. After she graduated from the University of California, Los Angeles, she moved to Utah where her husband — her high school sweetheart — was pursuing his undergraduate degree. While there, she worked at an eye clinic as a technician and fell in love with the profession.

“I always knew I wanted a job where I could help people,” says Dean. “And I just love the relationship optometrists have with their patients. They know about their patients’ lives and see them year after year.”

Dean says she knew then that she wanted to become an optometrist and applied to SCCO because of its reputation.

“I knew the school was very well-established and well-known and offered a solid program in practice management,” says Dean.

She and her husband moved to Southern California when she began her studies at SCCO. Her husband started his own business. Soon thereafter, Dean became pregnant with the couple’s first child, daughter Pearia. When she was born, her husband’s focus shifted full-time to taking care of their daughter, then later their son Kosta. He put his business aside temporarily.

“He thought it was really important for me to pursue my dreams,” says Dean.

In reflecting back on her time at SCCO, Dean says she is grateful for many things — the incredible support of her fellow students and of the faculty — but what stands out to her most is the level of confidence her education has given her in terms of stepping out to practice her craft.

“I feel so confident in my skills and in my knowledge,” says Dean. One of her externships was at a Veterans Affairs hospital in Yuma, Arizona where some of her patients were facing imminent blindness.

“Still, I felt confident treating them and I owe that to my education,” she says.

Dean adds that she is thankful for the help her classmates gave her in optometry school, and for the dedication of her professors.

“I was pregnant for two of my four years, and while I was pregnant, I couldn’t use the dilating drops,” says Dean. “So many of my classmates took the time out of their schedule to sit for me (and be dilated) and I couldn’t do it for them in return.”

Her professors also were exceptional, she says.

“I remember them working so hard to teach us,” she says. “For instance, our lab instructor would stay very late to help us and come back at 9 p.m. to check on us.”

“And they really challenged us on our exams,” she adds. “It really paid off because I felt like I was really well-prepared for the National Board exams.”

Dean says that during her clinical rotations, doctors would sit down with her at the end of a shift and talk about complex and interesting cases.

Dean has been offered a full-time position at an established private practice in La Jolla, Calif. Her externships were at a private practice in Brea, at the University Eye Center at Ketchum Health, San Diego Naval Medical Center and at the VA in Yuma.

“My experience has been very well-rounded and I have enjoyed them all,” she says.

As for being named valedictorian, Dean says she is “honored and pretty shocked.”

“I definitely didn’t do it myself,” she says of her student career at SCCO. “I had so many people support me.” “I think my personal motto over the past four years was ‘live life to the fullest,’” she adds. “I followed my heart and worked hard and learned about so many important things and my life right now is far better than I could have imagined.”