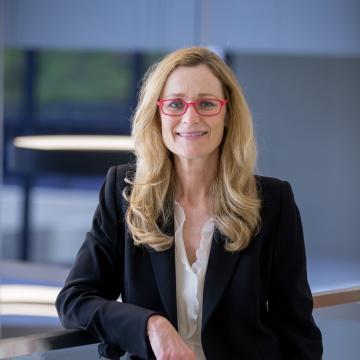 Dr. Cotter is the President-elect of the American Academy of Optometry (AAO), serves on the Scientific Bureau of the World Society of Pediatric Ophthalmology and Strabismus (WSPOS), is an at-large member of the National Advisory Committee for the National Center for Children’s Vision and Eye Health (NCCVEH), and recently served as the Co-Chair of the Public Health & Disparities Research Panel for the NEI’s Strategic Plan for the Future (2021-2025).

Dr. Cotter is the recipient of numerous teaching awards, including the Excellence in Optometric Education Award from the California Optometric Association, Women in Optometry’s Theia Award of Excellence in Education, and Outstanding Faculty of the Year from 18 third-year optometry classes. Dr. Cotter is a Diplomate in Binocular Vision, Perception, and Pediatric Optometry (American Academy of Optometry), a Fellow of the College of Optometrists in Vision Development (COVD), and a past COVD Skeffington awardee. She has received the Alumna of the Year from the Illinois College of Optometry, is a former American Optometric Foundation (AOF) Ezell Fellow, a recipient of the Glenn Fry Medal for Distinguished Achievements in Vision Research from The Ohio State University College of Optometry, and the 2019 recipient of the Glenn A Fry Lecture Award from the American Academy of Optometry.

A graduate of the Illinois College of Optometry, Dr. Cotter completed a residency in Children’s Vision at the Southern California College of Optometry and received an MS in Clinical & Biomedical Investigations from the University of Southern California’s Keck School of Medicine. An author on more than 200 peer-reviewed publications, Dr. Cotter is editor of the textbook "Clinical Applications of Prisms," and lectures internationally in the areas of pediatric eye care and binocular vision.