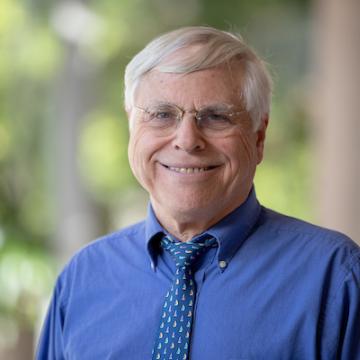 Dr. Weissman was educated at Santa Monica College, UCLA, and the University of California at Berkeley. He received his BSc (1970), OD (1972), MSc (1975), and PhD (1979) in Physiological Optics, all from the UC Berkeley School of Optometry. He has experience in private practice and was a member of the Contact Lens Service of the Hadassah-Hebrew University Medical School Department of Ophthalmology in Jerusalem, Israel during 1975-6. He came to UCLA as an Assistant Professor in 1979 and retired a Professor of Ophthalmology and Chief of the Contact Lens Service of the Jules Stein Eye Institute in 2012. He is now a Professor of Optometry at the Southern California College of Optometry.

Dr. Weissman is a Fellow of the American Academy of Optometry, and a Diplomate in it's Cornea, Contact Lens and Refractive Technologies section. He has received numerous awards, including the William Feinbloom (1996) and Max Schapero (1998) Awards of the American Academy of Optometry, and the BCLA Medal in May 2000 from the British Contact Lens Association. He was honored with the Nathan Springer Lectureship at the University of Alabama School of Optometry in 2013. He has served on the Examination Committee of the California State Board of Optometry and as both an Expert Examiner and an Item Writer for the National Board of Examiners in Optometry and an advisor to the FDA Ophthalmic Devices Panel. He currently serves as a Trustee of the California Optometric Association. Dr. Weissman has authored approximately 150 research papers and textbook chapters, as well as several texts, including (with Edward S Bennett, OD, MSEd) Clinical Contact Lens Practice and (with the late Professor Irving Fatt) the second edition of Physiology of the Eye.