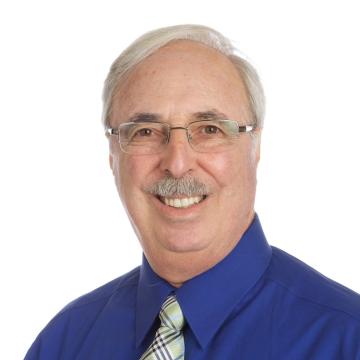 Dr. Carnevali is a tenured Associate Clinical Professor at the Southern California College of Optometry, Marshall B. Ketchum University, and former Clinic Director of the Optometric Center of Los Angeles (now the Eye Care Center at Los Angeles) - a satellite teaching clinic of the College. At SCCO/UECLA, Dr. Carnevali teaches ethics and law and a variety of clinical topics.

Dr. Carnevali received his B.A. degree in Physiological Psychology from the University of California at Berkeley in 1967 and the O.D. degree, magna cum laude, from the Southern California College of Optometry in 1975. He was in private practice for about 20 years before joining the College faculty in 1994 and as clinic director in 1995. He is a Fellow of the American Academy of Optometry and a Diplomate of the American Board of Optometry. He is also a Past President of the California Optometric Association, San Fernando Valley Optometric Society, as well as Past President of the Public Vision League, the litigating arm of COA. Dr. Carnevali has served as a Consultant and Visiting Professor of Clinical Optometry at the University of Milan, Italy; and most recently he served as Special Consultant to the Office of Professional Examination Services, California Department of Consumer Affairs, for which he authored the glaucoma certification requirements for California ODs which were later adopted as a regulation by the State Board of Optometry.